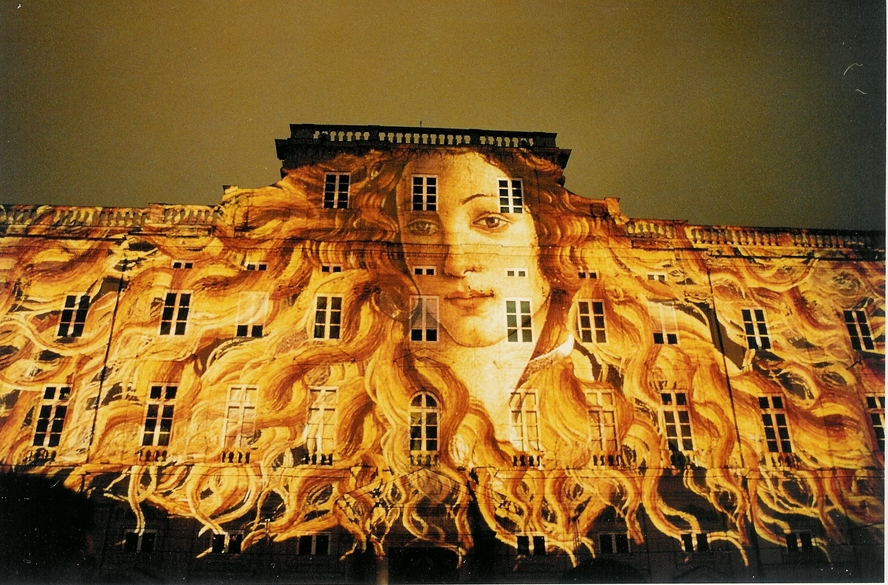 A new light festival celebrating women and girls will light up Irish homes and towns this January, and the organisers are inviting the public to get involved. As the Christmas lights go out over the weekend of Nollaig na mBan (Women’s Little Christmas) on Thursday, January 5 to Sunday, January 8 2017, Illuminate Herstory 2016 will light up the country with images of women, bringing them out of the shadows and into the light. Just as St. Patrick’s Day inspires the world to go green, Illuminate Herstory 2016 invites the world to celebrate women.

2017 is the first year of this new festival and all four provinces of Ireland are participating, from Down to Tipperary, Dublin to Galway. County and city councils have commissioned light installations and arts organisations are hosting illumination events around the country.

Maeve and the High King.

Exhibitions, performances and talks will take place in participating venues including the Mick Lally Theatre, The Ireland Institute, Irish Writer’s Centre, EPIC Museum, James Joyce Centre, An Táin Arts Centre, Dundalk; Down County Museum, Newry and Mourne Museum, and Tipperary County Museum, amongst others. The festival is produced by Lesley Tully and the Herstory team.

Founder and director of Herstory, Melanie Lynch, is asking people to get involved by hosting their own Illuminate Herstory event and celebrating the women they love. “Nollaig na mBan is a treasured Irish tradition, especially in rural Ireland,” she said.

“In the dark month of January we chose the theme of light. We want to start the year with optimism and hope as we strive for equality for all. The Irish are known as the best storytellers in the world, but until now we have only told half the story. Illuminate Herstory is an event for the people, and it’s really easy to get involved and pay tribute to the women you love.”

How to Get Involved

Don’t forget to take a photograph and share on social media with #IlluminateHerstory to join the movement nationwide.

Spar Panto Beauty and the Beast at UCH until Jan 8