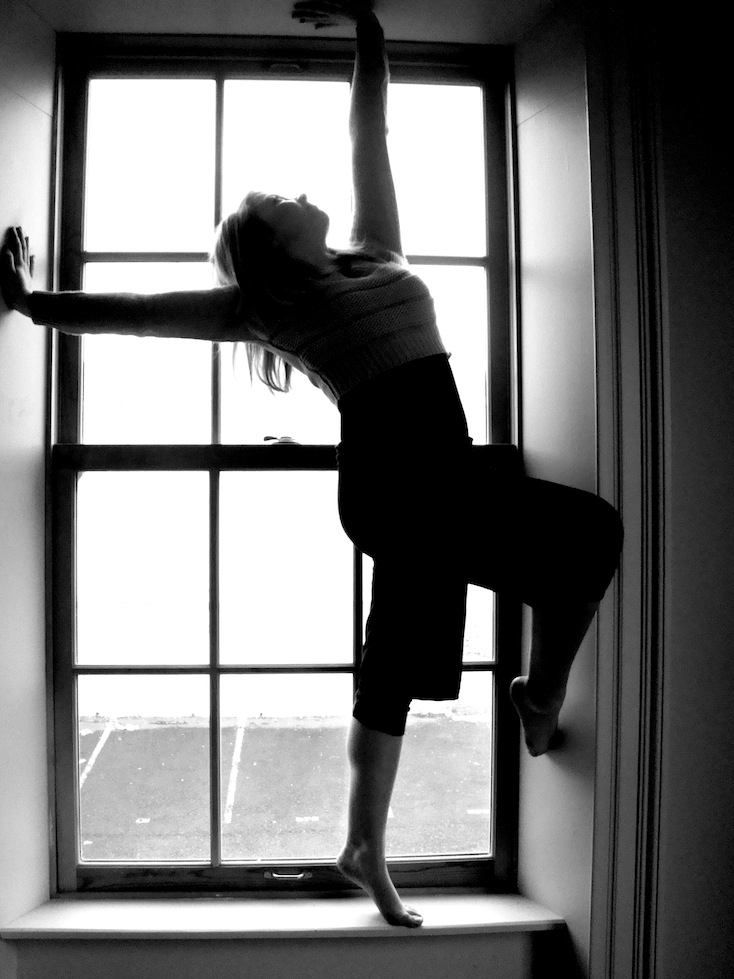 Imagining the Future for Arts in Limerick

Imagining the Future for Arts in Limerick: Performance and Dialogue

Hazel Hodkins who performs in Blue Hour as part of The Limerick Experiment. Photo by Daniel Waters

A two part event called Imagining the Future for Arts in Limerick: Performance and Dialogue is taking place this weekend in the Daghdha Space in John’s Square. The Dialogue element of the event is an important conference to discuss and imagine possibilities for the future of the arts in Limerick and takes place on Saturday, November 30 and Sunday December 1 from 10am. Amongst the guest speakers from national and international arts organisations will be Patrick Gyger, Director of Le Lieu Unique in Nantes, a ground breaking contemporary arts centre in France and Limerick born Kevin Wallace, an international theatre producer based in the West End. Dr. Stephen Kinsella from the Kemmy Business School in UL, Dr. Niamh Nic Gabhann, Director of the new MA in Festive Arts at UL, Karl Wallace, Artistic Director, City of Culture, Dr. Bernadette Quinn, DIT and Sheila Deegan, City Arts Officer and Gavin Kostick will also contribute to the discussions.

For the Performance element, a new project called The Limerick Experiment will be held for one night only in the same venue on Saturday November 30 at 8pm, as a group of Limerick artists, from different artistic disciplines including theatre, film, literature and fine art have come together to create a number of new collaborative works facilitated by Gavin Kostick who has vast experience in the fields of writing directing and developing performance works. Devised over a number of weekends during autumn, the artists have combined their talents and seven new ten minute pieces have emerged which will be performed on the night and are not to be missed. Tickets to The Limerick Experiment evening Performance are €10 and may be booked through The Lime Tree Theatre on 061 774774 www.limetreetheatre.ie.

• The Catch by Emma Fisher and Ciarda Tobin uses storytelling, live performance, shadow puppetry and animation to trace the fortunes of three sisters in their search for love. Performed by Ann Blake, Marie Boylan, Emma Fisher and Shane Whisker.

• Fragments Of Remembrance by Mike Finn and Joan Sheehy, a piece devised from found records, postcards, letters, telegrams and newspaper reports relating to the men and women from Limerick who lost their lives in World War One.

• The Chair is about a journey and is performed by Kevin Kiely.  A decade on from his 18th birthday, Oak is finally accepting his future and trying to move on from the past. He has one option left, and that option is out of this world.

• Blue Hour by Jo Slade and Monica Spencer, collaborating with John Greenwood and Hazel Hodkins, is a piece about the Movement between darkness and light, the hour of hovering, the hour before dawn. Time in abeyance, waiting for someone to come home.

• Brewing by Marie Boylan examines the equal power of what is spoken and unspoken determined by the simple strength and weakness of a cup of tea. Performed by Mike Finn and Joan Sheehy.

• The Final Countdown explores the final minutes before performance before the audience enters an auditorium and features all members of The Experiment.

For more info on either event contact [email protected] or visit www.limerickexperiment.wordpress.com.

Members of The Limerick Experiment brainstorming ideas with facilitator Gavin Kostick on Day 1 of the process.