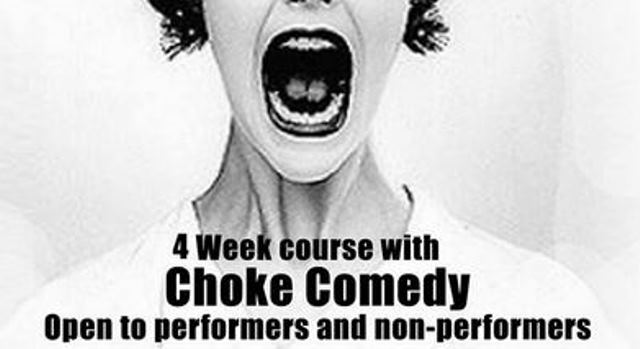 No acting experience necessary to take part in the course and you will not be forced to stand up in front of a group as outlined in the video below by course teachers Tracey Aspel and Ann Blake.

Tracy Aspel has been performing with Choke Comedy since its formation in 2008. In addition to her training with the troupe, Tracy has completed training with improv experts such as John Cremer, Kevin Scott, Katy Schutte, Nadine Antler and Ryan Millar.
She has worked with a variety of businesses such as MasterCard and Symantec, community groups and schools teaching improv skills. She has performed nationwide with Choke Comedy, and also at festivals such as Electric Picnic and Body & Soul. She has also founded the improv-eyes project which looks at how improv can further enhance classroom learning.

Ann is a founder-member of Choke Comedy. She has trained with The Craic Pack (Dublin) Second City (Chicago) The Maydays (UK) and Impro Melbourne. As well as touring all over Ireland with Choke, including The Electric Picnic and Body and Soul, she has played alongside Orla McGovern of Sky Babies, Dublin improv troupe No Drama and performed at the inaugural Irish Improv Fest Jam. She has used improv training with Google, Symantec as well as University of Limerick Drama Society, Limerick Youth Theatre and MIDAS. Ann is seasoned theatre practitioner in acting, writing and directing and is musician with The Brad Pitt Light Orchestra.

You can keep up to date with the course by following the event on Facebook here.

You can check out Choke Comedy Improv on Twitter here. 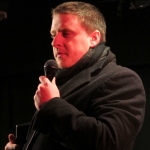 PHOTOS BY FOR ILOVELIMERICK.COM 2013 ALL RIGHTS RESERVED. STANDARD DISCLAIMER – Sharing of images online by ILoveLimerick.com in no way licences the use of said images without the express Agreement from ILoveLimerick.com