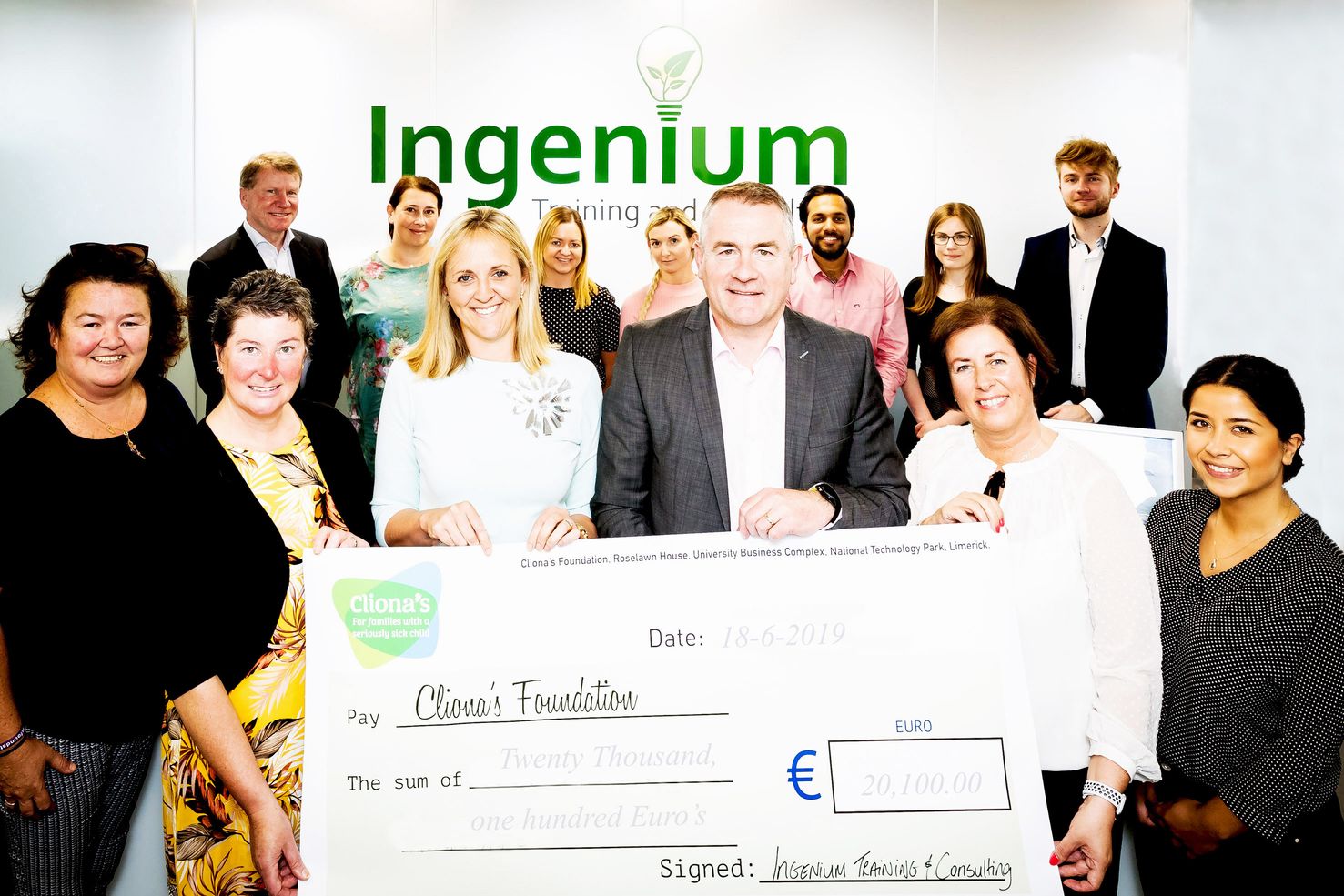 On Friday, June 7 saw the Inaugural Ingenium Inter-Company Golf Challenge take place at Ballyneety Golf Club. The event was a shot-gun-start at 2 pm in association with Cliona’s Foundation, which is a Limerick-based charity founded by Terry and Brendan Ring. They provide financial assistance nationwide to families of children with life-limiting or chronic complex care needs. 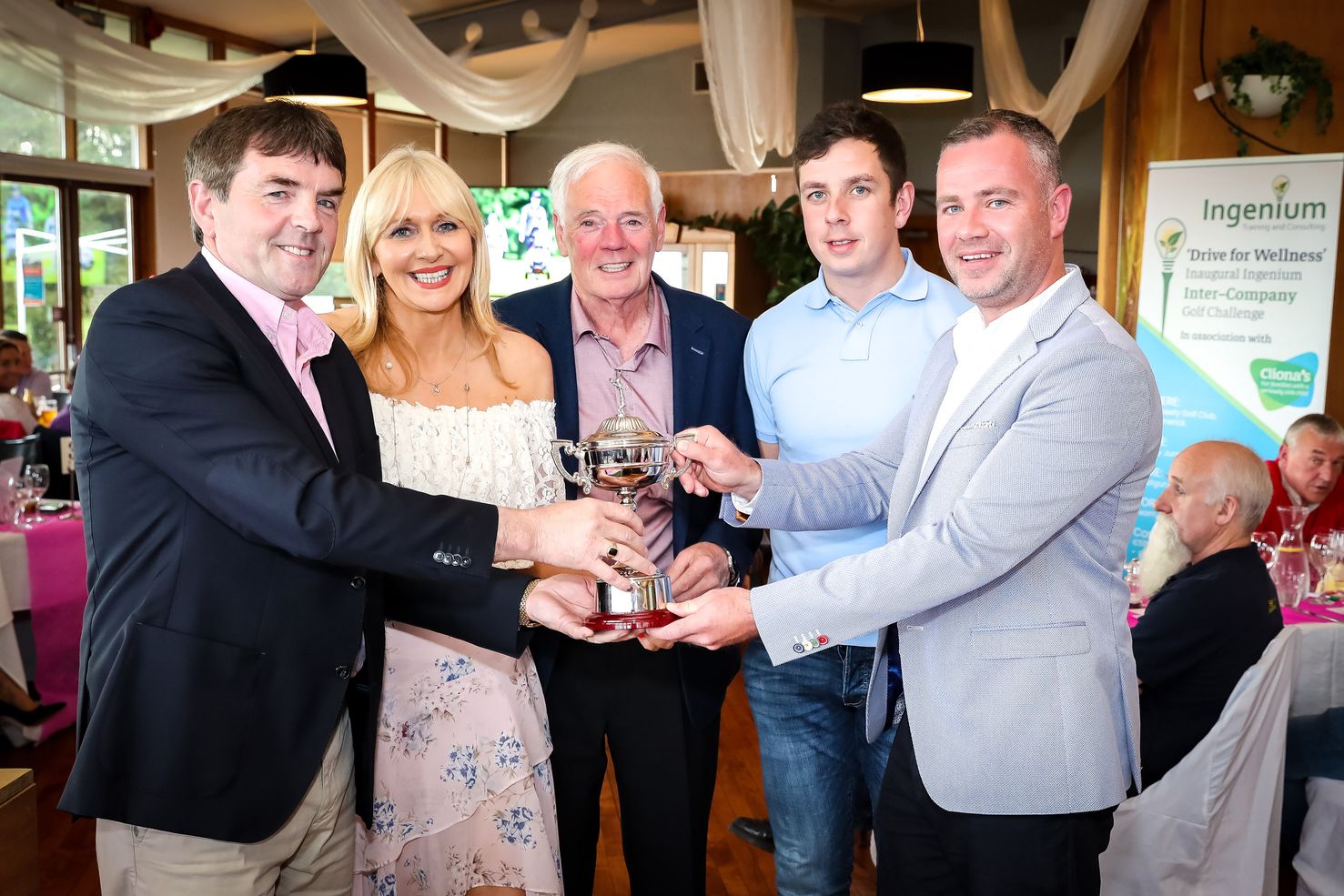 It is Brendan and Terry’s intimate understanding of the stress brought upon these families that explains the diversity of expenses covered by Cliona’s Foundation – from rent, food, utility bills to transportation for chemotherapy or alternative therapies, to a treat for a sibling and even covering the cost of a child’s funeral.

The unseasonable weather did not dampen the 80 golfers’ spirits, as a fantastic winning score of 86 points was returned by Garry Brothers. In second place with 81 points was Trade Electric, who just beat H&MV Engineering on the back nine.

Miriam O’ Callaghan, Cliona’s Foundation first ever patron, was in attendance on the evening to present the prizes to the winners. Ambassadors Joy Neville, Fiona Steed and David Crowe were also present on the night for a discussion about Cliona’s and the work it carries out nationwide. David especially benefited from the charity before his daughter’s passing.

Tom Crosse conducted an auction on the evening, which saw bids on Keith Earls’ and Peter O’ Mahoney’s Munster rugby jerseys, Tadgh Beirne’s rugby boots, a holiday to Lanzarote and a week’s stay in a 5* villa in Vale Do Lobo, Portugal. €17,500 was raised on the day with further donations contributed after the event, bringing the total raised in excess of €20,000.

The support of everyone present on the day and evening is very much appreciated with all funds raised helping to further Cliona’s Foundation mission of assisting families of seriously ill children nationwide. To make a donation towards the Cliona’s Foundation visit their website here.