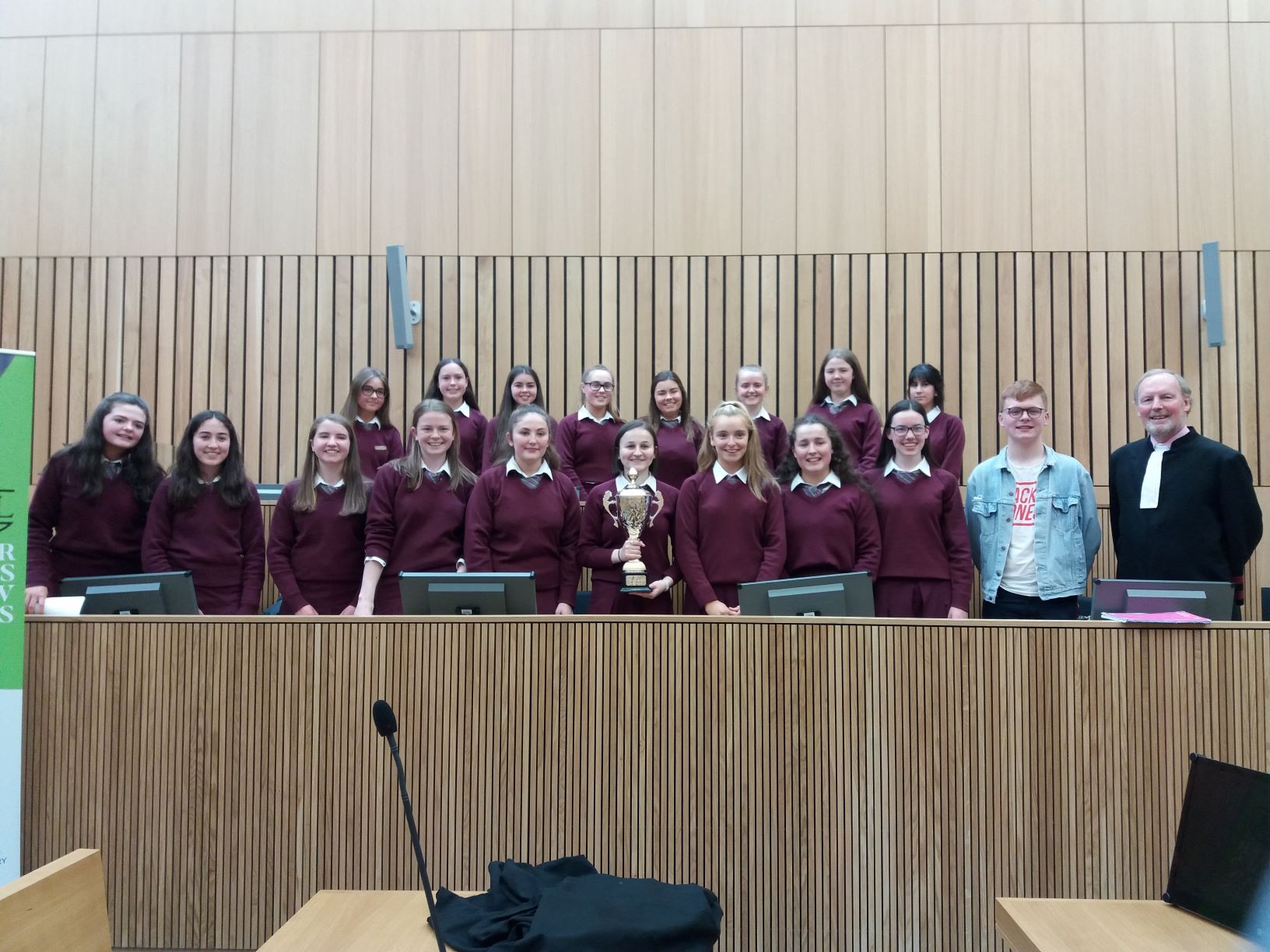 A huge congratulations to Laurel Hill TY Law Team who claimed top prize earlier this month, on Wednesday, April 17, at the Inaugural Treaty Mock Trial Munster Final, which was hosted by TY Ireland Law Modules. It took place at the new courthouse at the Criminal Courts of Justice, Mulgrave Street, Limerick.

The competition was presided over by Judge Tom O’Donnell who offered some wonderful insights into how a courtroom operates and shared his extensive knowledge with the group.

Catherine Mc Loone BL, TY Law Ireland Coordinator said, “The students receive so much from the day, an insight into the court system first hand, seeing the inside of a courtroom, meeting the judge. They also met with the court services manager Gerry McCague, who assisted with facilitating this event.”

TYL (Transition Year Law) conduct one day Law Modules to transition year students, the units include an introduction to the Legal System; the court structure in Ireland; the role of Barrister and Solicitors, the law in relation to consent. Annually a Mock Trial Competition will be held at Limerick Courthouse presided by a member of the Judiciary.

Each of the above students played a particular role within the trial, including barristers, jury members, the court’s sketch artist, a court reporter, a state pathologist, ballistic expert and an alibi witness.

A special word of congratulations to Aoife Doyle who received an award for her courtroom sketch. Well-known local artist Frank Bouchier presided over the courtroom sketch artist segment of the competition.

Four UL Law Students mentored the teams on the day.

TY Ireland Law Modules conducted the event with the support of the Judiciary and Court Services.

For more stories on the courthouses, go here.