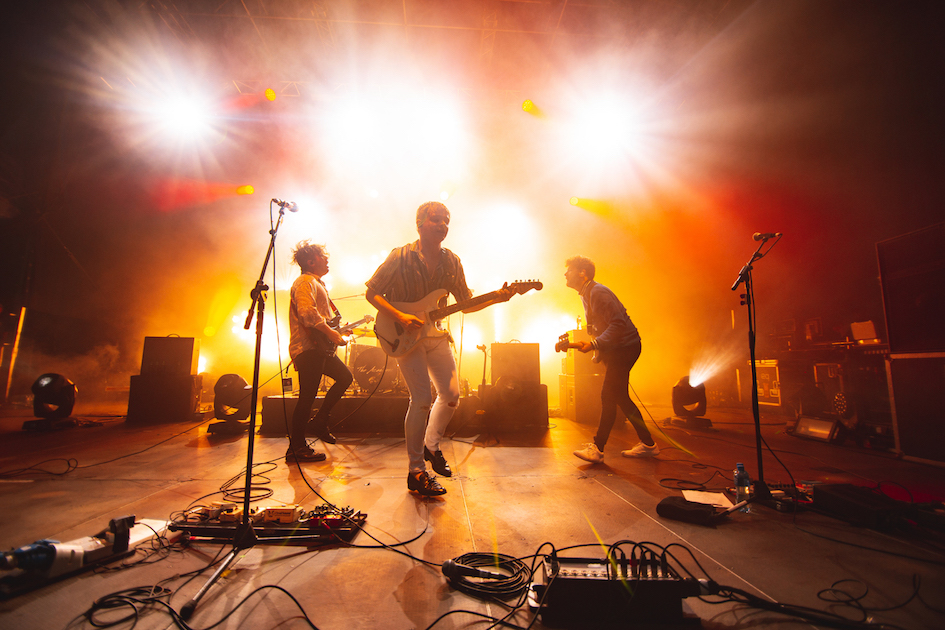 Indie band The Academic set to perform at Dolans Warehouse

Dolans Presents have announced that four-piece indie band The Academic are to play the Big Top venue in Limerick later this year.

Fresh from playing one of the most talked about shows of the year at a sold-out Iveagh Gardens in Dublin last weekend, indie 4 piece The Academic will play their Limerick date on December 14th.

It will be 3 years in October since The Academic released their debut EP ‘Loose Friends’ and in that short space of time, they now find themselves at the forefront of 2018’s breaking guitar bands, not just in Ireland but on the international stage. Debut album, ‘Tales From The Backseat’ which was released in January went straight to the top of the album charts, is brimming with uplifting pop hooks, sweet vocal harmonies and youthful exuberance.

There is an irresistible charm, undeniable wit, and infectious personality that shines through with the band.  Leaping from mellow, artfully constructed melodic thoughtfulness into wild, explosive moments of raucous brilliance, there’s a surprise around every corner within the music and songwriting, all executed with an undeniable measure of passion and grit.

Racking up millions of streams online, selling out venues headline shows across the world, touring and opening for the likes of Twenty One Pilots, The Kooks, Noel Gallagher and The Strokes, it’s a far cry from the band’s early days, playing local battle of the bands competitions in Mullingar.

Back then, the rewards were simple. “The idea of just being able to play your own music to a small room full of friends was really exciting,” says lead singer Craig Fitzgerald,“It sounds like a really cliche thing to say, but we genuinely didn’t have major expectations, we have never felt pressure to be something we are not. That mindset has stayed with us right up to now, we feel fortunate and don’t take it for granted that we get to do what we love for a living.

Commenting on the upcoming show, Fitzgerald adds  “We haven’t played a show in Limerick in a long time and we really wanted to get back on this next tour run, Limerick crowds are one of the best in the world and we are really looking forward to playing in The Big Top for the first time”

Tickets are on sale now and can be purchased here.
For more articles on Dolans Warehouse, go here.

Related Topics:dolans warehouseThe Academic
Up Next