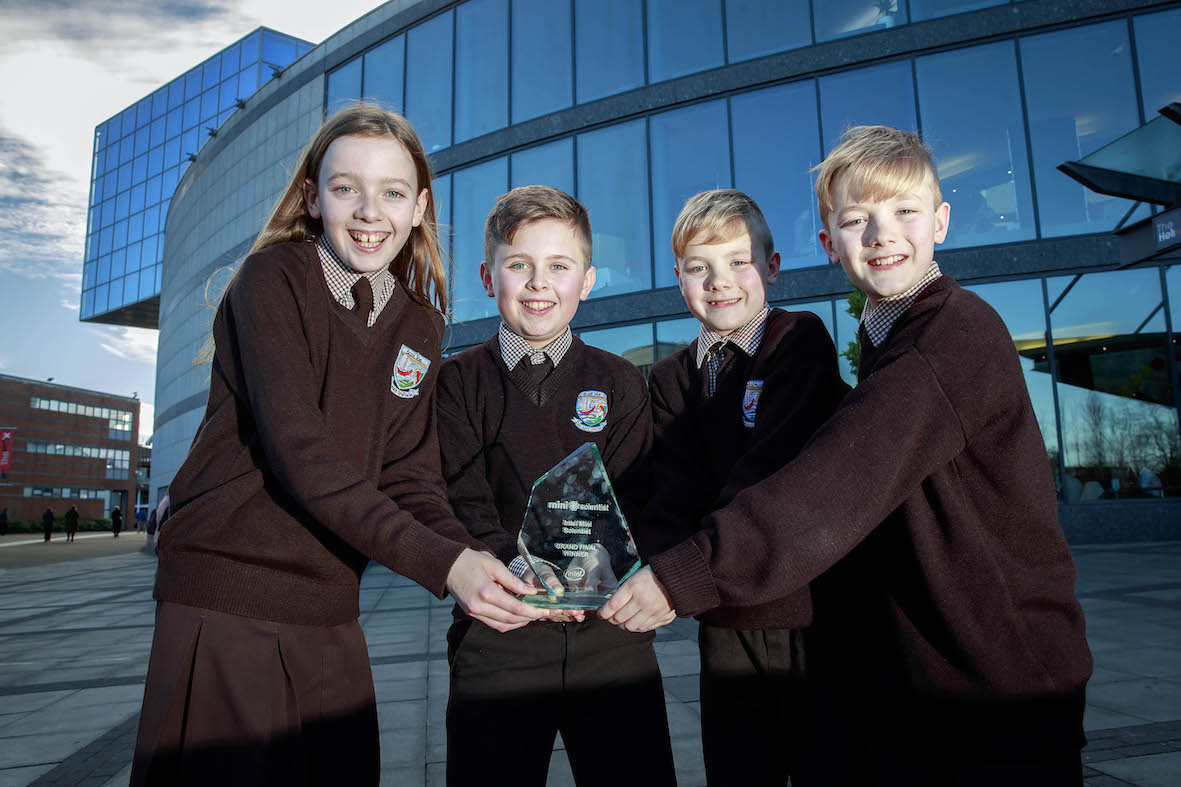 Limerick student geniuses have won the grand prize of the Intel Mini Scientists with their original robotics game.

Four young Limerick students have gotten their hands on the winning top prize at a national science competition with an original robotics game they programmed completely by themselves.

The Intel Mini Scientist gives primary school students from 4th, 5th and 6th class, the chance to explore the various areas of science.

Scoil Ide beat nearly 8,000 other students from 135 schools all over Ireland with their projects. The group Scoil Ide created the complex game using the coding language JavaScript.

The aim of the game is to score goals by controlling a robot, which is hindered by autonomous blocking robots which are to block the user from scoring. The students also added a goal-line and a scoreboard to their impressive design, all through the use of JavaScript.

The projects were presented at the Helix to a panel of expert judges who had the challenge of choosing the winning projects.

Richard Bruton, The Minister of Education, awarded the students with the top prize, said it was fantastic to see such energy and passion for the STEM subjects.

Bruton told the Limerick Leader “We are living in a world that is being transformed by digital technology and it’s crucial that our education system responds. I’d like to congratulate all the students, teachers and of course parents who worked on all the projects who partook in the program.”

The vice president of the technology group at Intel Noel Murphy also was on hand to present awards to the students.

”What we at Intel love about this competition is you start with your own class, your own teacher, your friends,” he said.

“That’s really science, working with your friends, looking at the world around you and trying to understand a little more about how that world works.”

For more stories on Intel from I Love Limerick visit here