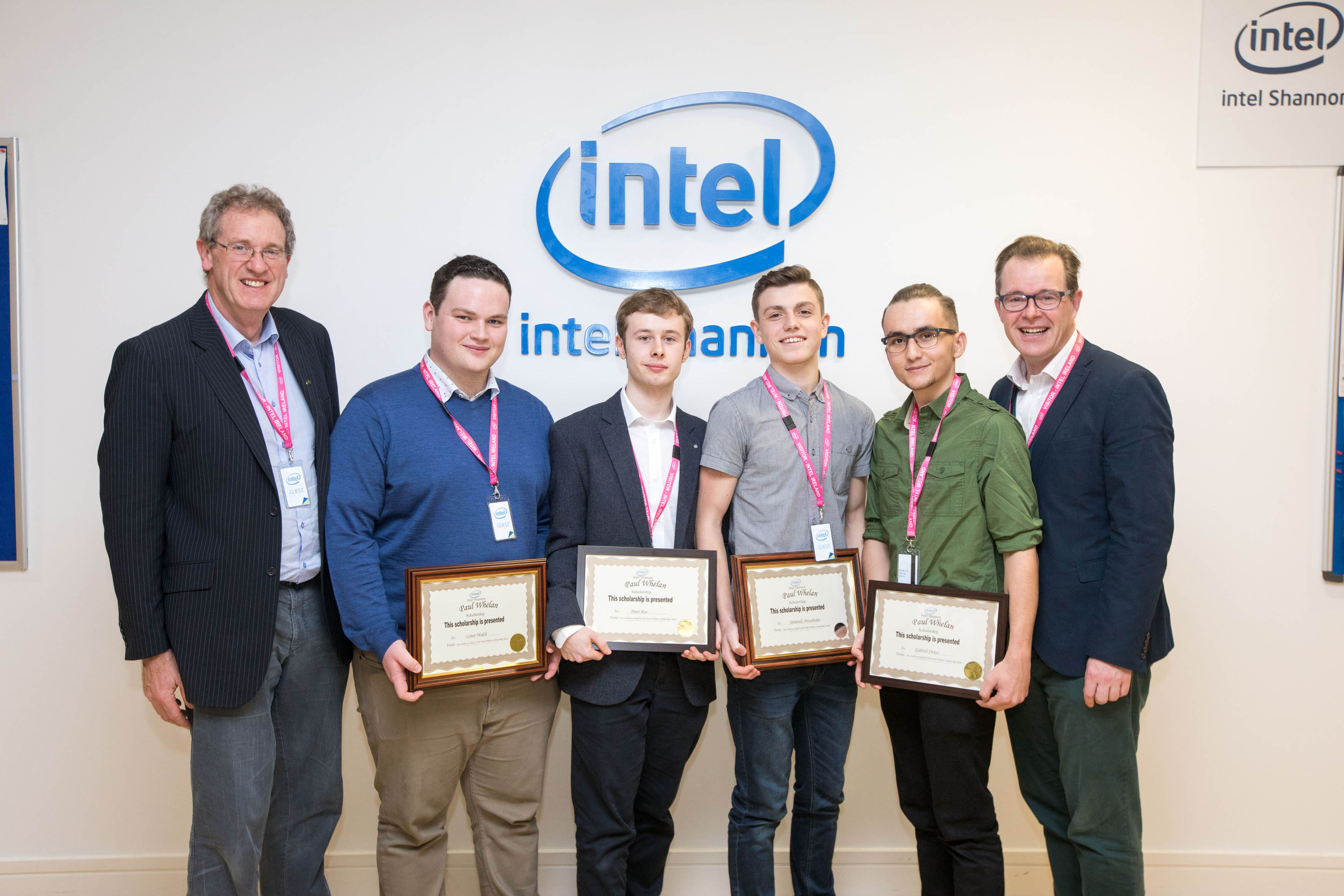 This year a total of 24 scholarships were awarded at the Intel Shannon Scholarship Awards 2017 including 9 new scholarships to first-year students beginning level studies.

The Intel Shannon Scholarship Awards 2017 celebration provided a fantastic opportunity to recognise the recipients of both the Women in Technology scholarships and the Paul Whelan memorial scholarships.

The Women in Technology scholarship program aims to encourage a new generation of high-achieving women to take up the challenge of a career in science and technology. The program forms part of a wider focus by Intel on empowering girls and women by fostering educational opportunities and encouraging women to participate, prosper, and lead in the global economy.

The Paul Whelan memorial scholarships are provided to a number of students starting technology and engineering courses at the University of Limerick.

Speaking at the ceremony, Dana Madigan, Shannon Women in Technology Coordinator, remarked on the high standard of the applicants this year and encouraged the “students and innovators of tomorrow to keep exploring; keep asking questions and keep pushing boundaries”. Dana also credited the role of schools and parents in fostering inquisitiveness and curiosity, important attributes for any career in STEM.”

Also speaking at the event was Intel Shannon General Manager Brian Aherne who added “Intel’s success in Ireland has been built on the quality of highly skilled and educated people available in the country. We pioneered the Intel Women in Technology Scholarships here in Shannon as far back as 2006, we wanted to raise awareness of the benefits of a career in engineering. With talent being such a core ingredient to our success it is clear to see why we are passionate about encouraging and inspiring the next generation of tech innovators.”

Among the attendees of the awards evening were representatives from the universities who are engaged in the scholarship program including Dr. John Nelson and Martin Hayes from the University of Limerick and Roisin Quinn from LIT. Local schools were represented by Morgan Heaphy from St Patricks Comprehensive and Claire Knight and Alan Cunningham from St Caimins School in Shannon.

The Women in Technology Scholarships and Paul Whelan memorial scholarship continue to be a very important program to Intel in Shannon. Since first being offered in 2006 over €1 million of funding has been invested in the program. The scholarship program offers a monetary grant valued at €3,000 per annum as well as opportunities for work placements at Intel Shannon. Each scholar is also assigned a mentor who is an Intel employee to assist and provide advice on managing their academic career. The program is open to school leavers entering undergraduate degrees in relevant courses.

Look out for further details on www.intel.ie of Women in Technology Scholarships and Awards in the New Year.

To find out more about Intel Ireland click here

To read more of our stories on Limerick Students click here