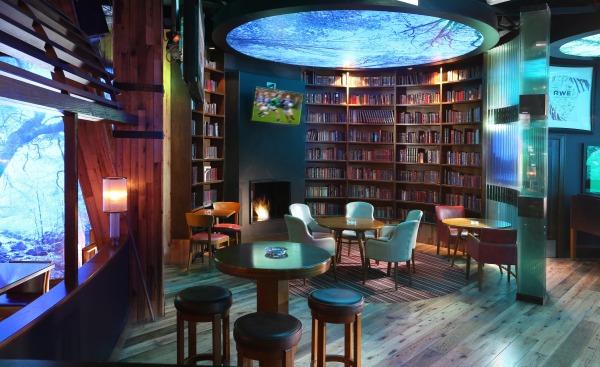 Pictured: Dennis McGettigan, CEO of the Bonnington and McGettigans Group.

International brand McGettigans launched the latest addition to its Irish pubs in Limerick City on Thursday, 5th June.  Located in Limerick City Hotel (formerly Jury’s Inn Hotel) on Lower Mallow Street, McGettigans Limerick is the seventh McGettigans Irish Pub in Europe and the Middle East. McGettigans Limerick hosted a private launch event at 8pm and its doors opened to the public at 10pm with a live performance by singer-songwriter Paddy Casey. Speaking about the launch in Limerick, Dennis McGettigan, CEO of the Bonnington and McGettigan Group, said; “Over the past 4 years we feel we have represented Ireland fantastically in Dubai; we have promoted Irish music, culture and cuisine to the global expat community.  Bringing that experience home – to Letterkenny last year and now Limerick – is a very proud development for our family.  We will open on Thursday June 5 featuring one of our favourite performers, Paddy Casey.”

McGettigans tagline “The Modern Irish Experience” is delivered through unique décor, modern Irish food and drink, the best Irish and international entertainment and major live sporting events.  Declan Pierce, Group Brand Director, said; “McGettigans brand has taken the UAE by storm and, to be honest, we’ve been overwhelmed with the popularity of it.  We started as a pub in the heart of Jumeirah Lakes Towers in Dubai and after only one month we realised we had created something very special.  We kept it all very simple, but made sure we did it better than anyone else – a stunning bar décor with award winning food, flawless service, sport and live music.  We brought bands like The Coronas over to play in the pub and comedians like Jason Byrne.  We want to bring this experience to Limerick and we’re going to kick off on June 5th with one of our favourite acts – Paddy Casey!  We’re extremely excited about opening in Limerick and I know the full team can’t wait to get started.”

In total, the McGettigans Pub Group employs over 250 staff members with further expansion planned for 2014 and 2015. McGettigans Limerick will employ around 30 local Limerick staff initially.  Former radio presenter and Limerick native, John Hayes is Head of Events and Entertainment for McGettigans and has been with the company since they first opened in 2010.  “Being from the area, I am ecstatic to be involved and to be able to bring something which I love back to the city I love.  It’s excellent to see something I’ve been involved in since its inception develop into something so big and bringing it to Limerick is the latest stage of that expansion.  We pride ourselves in top class entertainment in all our venues and Limerick will be no different – expect big things once we open our doors in June.” said John Hayes.

McGettigans Pub was first opened in Ireland in 1964 on Queen Street, Dublin by Jim McGettigan.  The business has since expanded into Letterkenny, Abu Dhabi and Dubai – with three locations at Jumeirah Lakes Towers, Dubai World Trade Centre and Dubai International Airport.  In June 2014, McGettigans opened a brand new pub at the Limerick City Hotel on Lower Mallow Street in the heart of Limerick City.