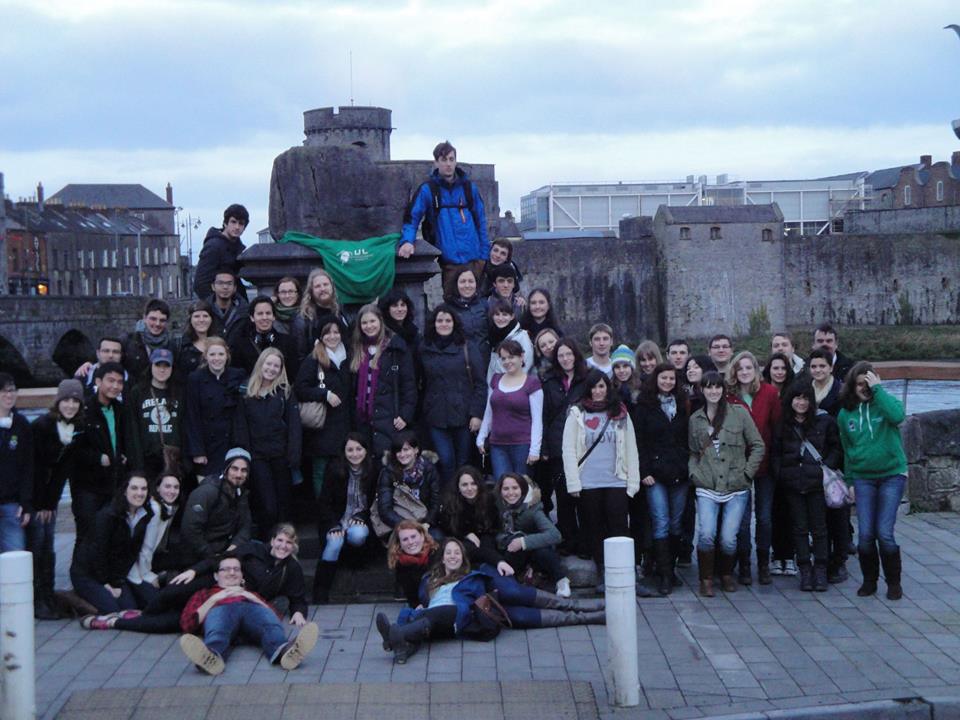 Promoting multiculturalism and diversity, the society aims to integrate international students who contribute not just their culture but also €20m per year to the city, not including their tuition fees.

So far the Table Quiz event has taken place on Monday, and on Tuesday the International Food Fair took place where both international and Irish members cooked food.

Following these events is American themed Roller Jam night on Wednesday in Limerick and for one of the highlights of the week is the ‘Tales & Treats’ event on Thursday. Where some of Ireland’s best poets, story-tellers and song-writers will perform for the International Society ‘Tales & Treats’ soirée. The stellar line-up includes the likes of Sarah Clancy, Tom Rowley and Stephen Clare.

Finishing off the week is a Brazilian Carnival themed International Night (TGIF) at The Stable’s Club on the UL campus.

It marks the beginning of a semester-long hectic schedule of trips, events and activities organised by the society. The week also gives back to Limerick by donating proceeds to the Doras Luimni charity.

The Limerick-based charity, which works to integrate and support the multicultural population of Limerick, will also be collaborating with the society and university for the ‘Limerick Students: Our Culture, Our City’ project.

Speaking last week, Vice President of UL Professor Paul McCutcheon listed the contributions the university offers the city – highlighting the integration and culture of Limerick. He spoke of the library Special Collection’s publishing of WW1 letters from the Front and family diaries on a weekly basis, the Concert Hall, the Irish Chamber Orchestra and the Watercolour Society of Ireland Collection, to name but a few.

Just last Thursday, Hungarian cellist István Várdai, winner of one of the world’s most prestigious music awards, played Schumann with the Irish Chamber Orchestra in the UL’s Concert Hall. Moments later, the audience was treated to the world premiere of Nimbus by Sam Perkin, an up-and-coming young Irish composer.

Speaking of the international students who represent around 17% of the university population, McCutcheon spoke of their positive contribution – quoting an economic boost of around 20 million euros per year, excluding tuition fees, as just one of the many benefits they bring.

Pointing to the International Society he said, “All of the work it’s done over the years is great for the international students, not only bringing them together but giving them an Irish experience that they will remember for the rest of their lives … also giving Irish students a flavour of internationalisation”.

From flashmobs to international food fairs and languages exchanges to sports club, the society has grown in reputation over the years, winning awards and drawing people from all over Limerick to its themed parties every Friday night. Speaking of the event’s success, McCutcheon added:

“It’s a further contribution in the way that young people of different nationalities are attracted to the idea of an international venue, an international location where they can meet and socialize”.