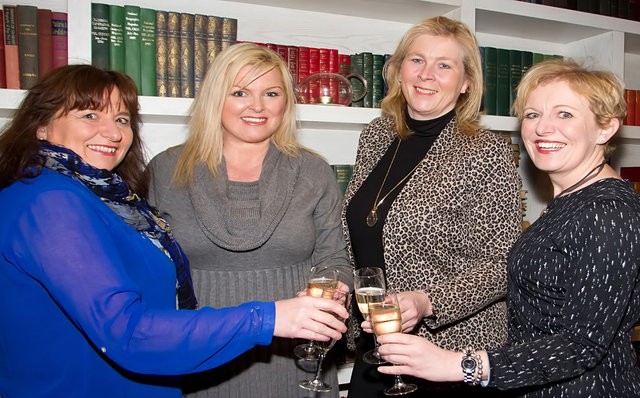 International Womens Day 2016 Lunch in Assocation with the Hope Foundation

The International Womens Day 2016 luncheon will take place on March 11, at the Savoy Hotel, Limerick.

The Hope Foundation will once again host this unique Limerick event. The annual fundraising luncheon is organised around International Women’s Day to highlight the role of women in society, raise awareness for marginalised women across the world and to be a voice for the voiceless.

In 2015, the luncheon was attended by over two hundred and forty women. Jeremy Irons, who flew in from London especially to address the attendees, spoke about the extraordinary work of The Hope Foundation saying “Life isn’t fair, it is especially not fair in Calcutta, I hope that this little acorn who has grown a pretty big tree will find in this room some more shoots which will continue to help it to grow”. Thanks to the sponsorship of JJ O’Toole Ltd and the support of the attendees a staggering 21,000 euro was raised for the charity.

This year Maria Walsh and Amanda Neri will join the director of Global Marketing at Cook Medical Emma Heuston as guest speakers on the day. Maria has become a well-known and well respected face and voice on Irish television since she was crowned the 2014 International Rose of Tralee. Maria has been a guest of RTE Operation Transformation and RTE Claire Byrne Live. Maria also co-presented the TV3 Christmas Toy show with Brian Ormond in 2015 and has featured as a guest presenter on the popular TV3 programme The 7 O’Clock Show.

The luncheon will also showcase an exciting performance from Amanda Neri who is a multi-award winning classical singer and has performed for presidents, aristocracy and corporate leaders. Amanda holds the record for performing before more world ambassadors than any other Irish classical artist. On her new role as a HOPE Ambassador Amanda commented, “I’m honoured and delighted to support HOPE and the life giving work they do. The individual stories I’ve heard are shocking, yet it is so inspiring to see how HOPE can lift a child out of darkness and give them what they need to thrive – protection, security and a future”.

Cook Medical have kindly come on board as a part sponsor this year and HOPE are delighted to welcome their director of global marketing Emma Heuston to the line-up of guest speakers. Cook Medical, who have their origins in the states have been a major employer in Limerick for many years.

Founder and Hon. Director of The Hope Foundation Maureen Forrest who aims to raise awareness for women’s rights to healthcare and equality spoke at the launch of the event of the inspiration behind the luncheon.

“India is the most dangerous place in the world to be born a girl. Women and girls are subjected to female infanticide, rape, domestic violence, dowry deaths by burning, human trafficking and forced prostitution, teenage marriages and honour killings. To help promote gender equality and access to healthcare for all women regardless of where they happen to be born, we must unite with them to fight for a world where each man, woman and child gets equal justice, equal access to healthcare, equal opportunity and equal dignity, without any discrimination. We are really looking forward to the event in the beautiful five star Savoy Hotel on the 11th March and to meeting all the amazing women (and hopefully a few brave gentlemen!) who will be joining us. The support from everyone who have booked so far and the prize sponsors including The Body Shop, Fusion Magazine, Nails Inc, The Savoy, Barbara Hackett Golf Pro and Brown Thomas has been overwhelming”.

The luncheon, which is one of only a handful of events in Ireland featured on the official International Women’s Day 2016 Itinerary on their website, will begin with a prosecco reception at 12pm, followed by an elegant three course lunch with wine, entertainment and a luxury gift bag for all guests including superb table prizes and is a guaranteed wonderful day out for all attendees.

Tickets for the International Womens Day 2016 luncheon are €75 and are limited, with proceeds from the ticket sales going to benefit the street children of Kolkata with whom The Hope Foundation work on a daily basis.

The Hope Foundation is a registered Irish charity (CHY 13237) and is governed by the Dóchas Code of Corporate Governance. The HOPE Honorary Director, Maureen Forrest, does not take a salary.

DOOM Programmer Speaks to sell out crowd in Lero