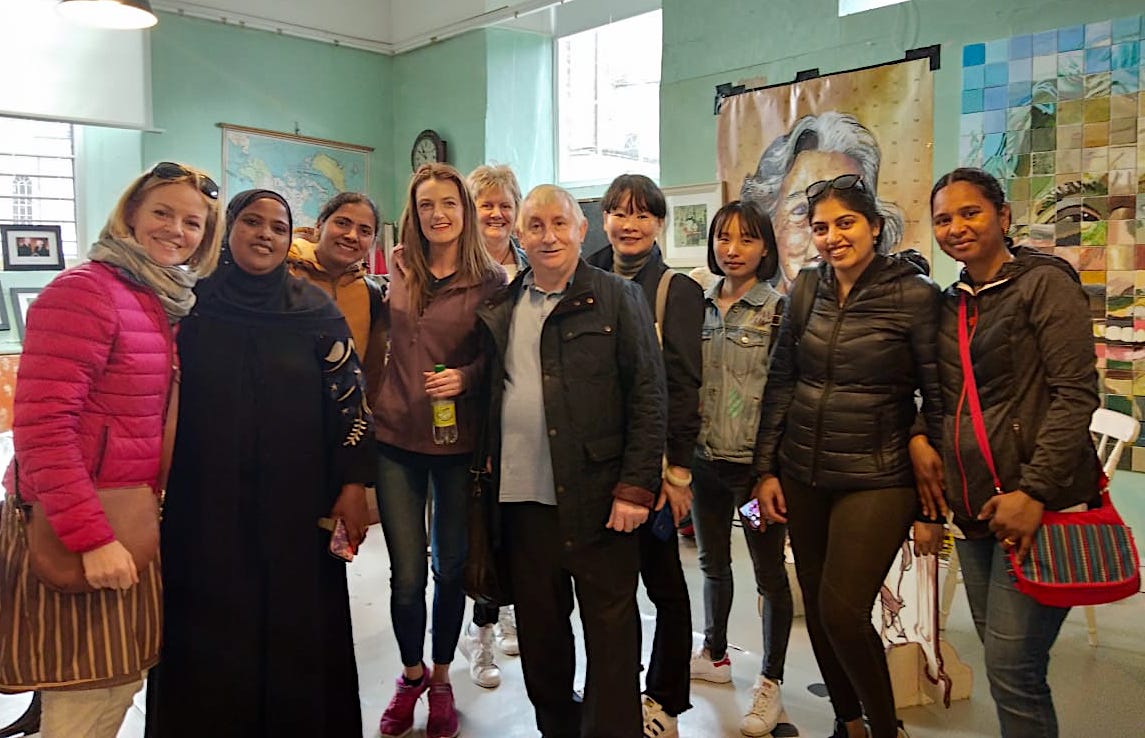 International Women’s Group aim is to bring together women living in Limerick from different parts of the world. To discuss different problems faced by the women, to share and to learn, to have fun and most importantly to give an opportunity to women to take some time for themselves from their busy schedules

Text and Photos by I Love Limerick Correspondent Vinita Malu

Women, the most special creation of God. But do we really consider them special, if yes then why and if no, why not? Women are definitely special but not just because they give birth to a new life but also because they are strong enough to face the challenges and gender inequality from years but are still standing and have not fallen apart. Women are special in many ways. They are the most sensitive, caring and loving people in the world.

The aim of the group was to bring together women living in Limerick from different parts of the world. To discuss different problems faced by the women and most importantly to give an opportunity to women to take some time for themselves.

The aim of the group was to bring together women living in Limerick from different parts of the world. To discuss different problems faced by the women, to share and hear each one’s thoughts, to learn, to have fun and most importantly to give an opportunity to women to take some time (about 2 hours each week) for themselves from their busy schedules. Parenting was also an important part of the discussion in the group. In total 27 women including me and children attended the group, with an average weekly attendance of 15. Children were welcome and there was an average of three children and babies present during all sessions.

Enda Keogh, the co-ordinator of this group mentioned that her role in Limerick Social Service Centre is to set up and run The Relationships and Sexual Health Project for Parents of Teenagers, as part of this project she facilitates an annual Parenting Programme for Parents of Teenagers in conjunction with Colaiste Mhichil and Nano Nagel Secondary Schools. These schools have a high intake of teenagers from a variety of International countries living in the city centre areas. She added, “It was clear to me that there was an emerging need to target a specific programme for parents from other international communities. Parents expressed a need for help in supporting their children to keep up the important values and traditions of their culture of origin but also integrating into Irish culture and society. A small piece of funding was commissioned from The Community Integration Fund sponsored by the Department of Justice and Equality and the International. The International Women’s Group will recommence again in October at the Limerick Social Service Centre, Henry Street and women from all communities are welcome.”

Many topics were covered in different group sessions. Topics like women’s gender status now and then, their living style, traditions, culture, parenting style and how they feel and what they want to change about it.  The group even had dance sessions and performances to make the women relaxed. Even for the Indian dance performance, some men’s where present to encourage and cheer them. Some Irish and Rumba dance lessons were even conducted by professional dancers. The group even conducted some outdoor and guided history tours across Limerick city to St. John Castle, St. Mary’s Cathedral, Frank McCourt Museum, Bunratty Castle, People’s Park, Nelly’s Café, Zest café, and many more places. Women in the group even celebrated some festivals like the famous Indian festival – Holi and food festival with home-made yummy cuisines.

In total 27 women and children attended the group. Children were welcome and there was an average of three children and babies present during all sessions.

The group not just made the members feel happy but has even though us many things. The most important thing that we learned and I would like to share with you all. But before that let me ask you a question – What do you think a woman wants from men or society? You might have different answers for the same as money, beauty, good children, jewellery, big house, and more stuff. You are right not just women but most people want something from the above list and many more. But the most important entity a woman wants is the freedom to make her own decision.  The society has made women dependent, but mentally, no woman accepts dependence. A woman wants society and her partner to give her the right to make her own decisions. No doubt, with time the status of women has changed a lot but still, there are many women in the world that are in some or other way dominated. Just let them live their life in their own style and you can see how happy she is and in turn, will make the family and society happy.

I would on behalf of all the women in the group like to thank LSSC for forming the International Women’s Group and giving a few women a platform to discuss, share, encourage, learn, understand her desires and most importantly be happy. Hip Hip Hurray to Womanhood!