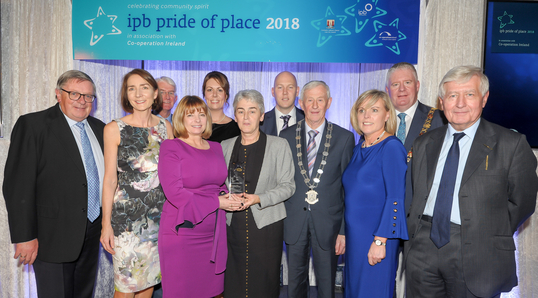 The Children’s Grief Centre based in Westbourne Avenue in Limerick city has won its category in this year’s IPB Pride of Place Awards 2018 at a gala ceremony held in Cork. 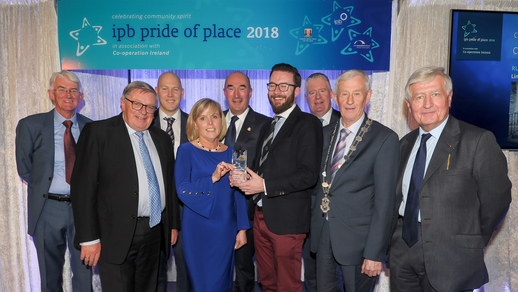 The IPB Pride of Place Awards 2018 were presented in association with Co-operation Ireland in Cork at the weekend with 2018 marking the 16th anniversary of the competition.

The Pride of Place awards, described as the ‘Oscars of the Community Sector’, celebrates the often unsung work of community groups that selflessly work to make local neighbourhoods a better place to live in, work in or visit.

Organised by Co-Operation Ireland and sponsored by IPB Insurance, the Pride of Place awards sees the country’s local authorities, on both sides of the border, nominate outstanding projects that contribute to civic pride.

In choosing the Children’s Grief Centre as the winner in the ‘Communities Reaching Out’ category, the judges said the centre-left them ‘profoundly moved’ by the ‘wonderful and inspiring’ work carried out. 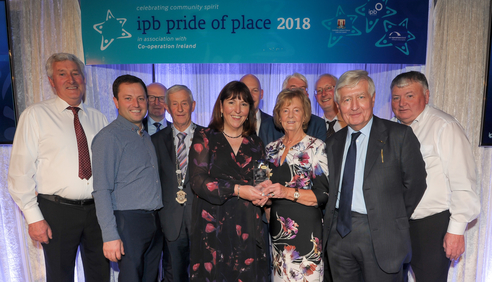 The Children’s Grief Centre has a long history of providing support services to children and young people who are affected by loss through bereavement, separation or divorce. Founded in 2009, the Centre is committed to enhancing the overall well-being of grieving children in Limerick and to this effect provides one to one support sessions to children and young people between the ages of 4 and 18 who are affected by the loss.

Gordon Daly, Director of Social Development at Limerick City and County Council, whose directorate is responsible for nominating the groups for the awards said: “Our three nominees demonstrated the quality and diversity of community spirit and endeavor in Limerick and have done the city and county proud with their achievements.”

“Congratulations to Limerick Civic Trust, Kilmeedy Community Development and especially the Children’s Grief Centre, who scooped its category’s top prize, for all your hard work and passion. Pride of Place in our communities is evident right across Limerick every day of the year and we would encourage groups to look now to the Pride of Place Awards for next year.”

Tom Dowling, Chairperson of Pride of Place, expressed his delight “that after 16 years the competition continues to embed itself in the very heart of the Island of Ireland’s communities and gives them the opportunity to highlight the proud and amazing achievements of their place directly to the judges. I wish them continued success.”

“Communities across the country have been reaping the rewards of the hard work carried out by the community groups who make Pride of Place what it is.”

Chairman of IPB Insurance George Jones said: “Pride of Place is an important platform as it recognises those who give freely of their time to make where they come from a better place to live and work. It is clear that working together and getting things done increases people’s pride in where they live and in turn helps build vibrant sustainable communities.”

Related Topics:Childrens Grief CentreIPB Pride of Place Awards 2018
Up Next