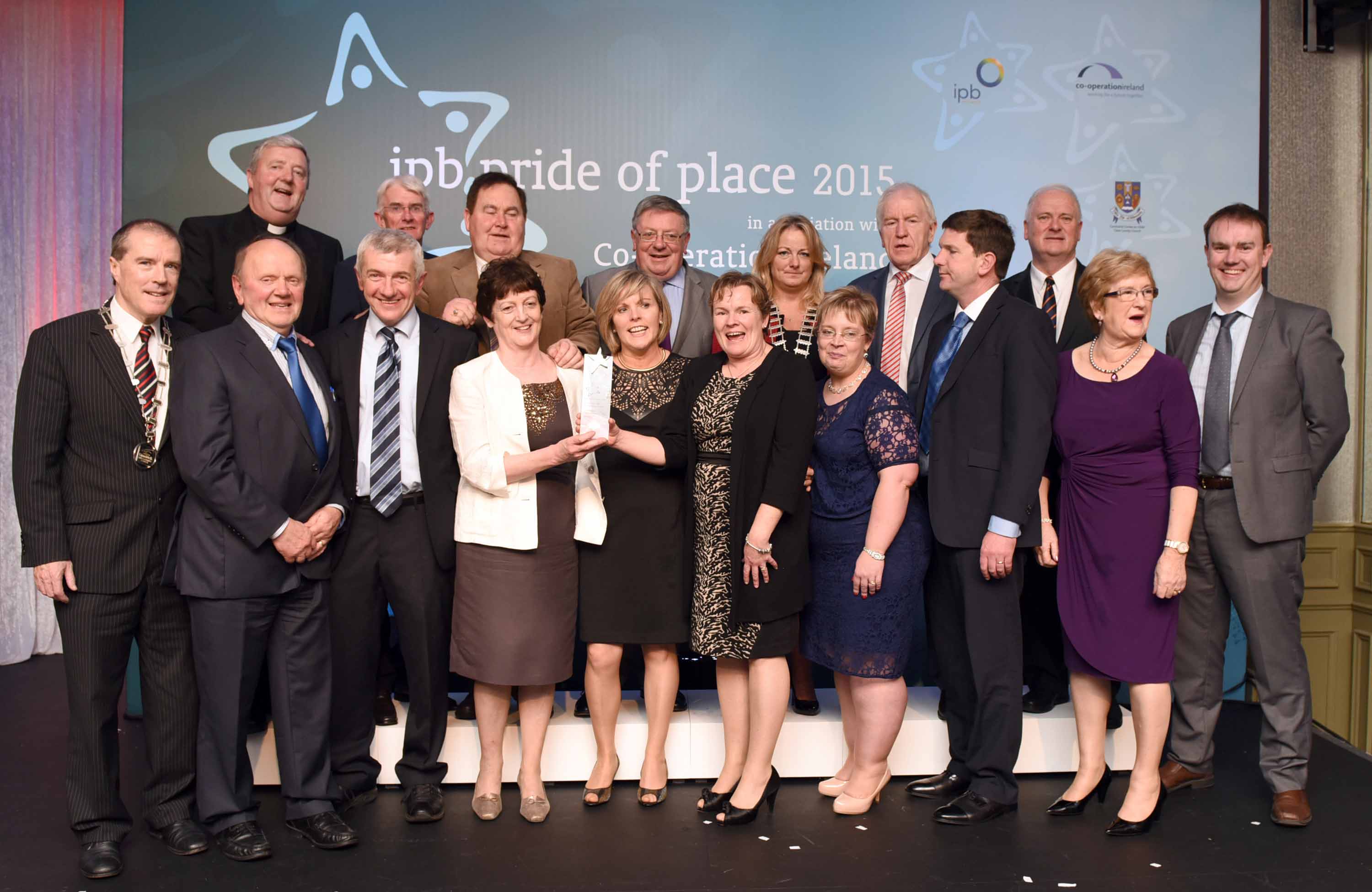 Limerick continues to shine at IPB Pride of Place Competition

Pictured: Residents of Kilteely with representatives of Limerick City and County Council, IPB, Pride of Place and Cooperation Ireland at Treacy’s West County Hotel in Ennis at the IPB Pride of Place awards ceremony on Saturday night. Pic John Mangan 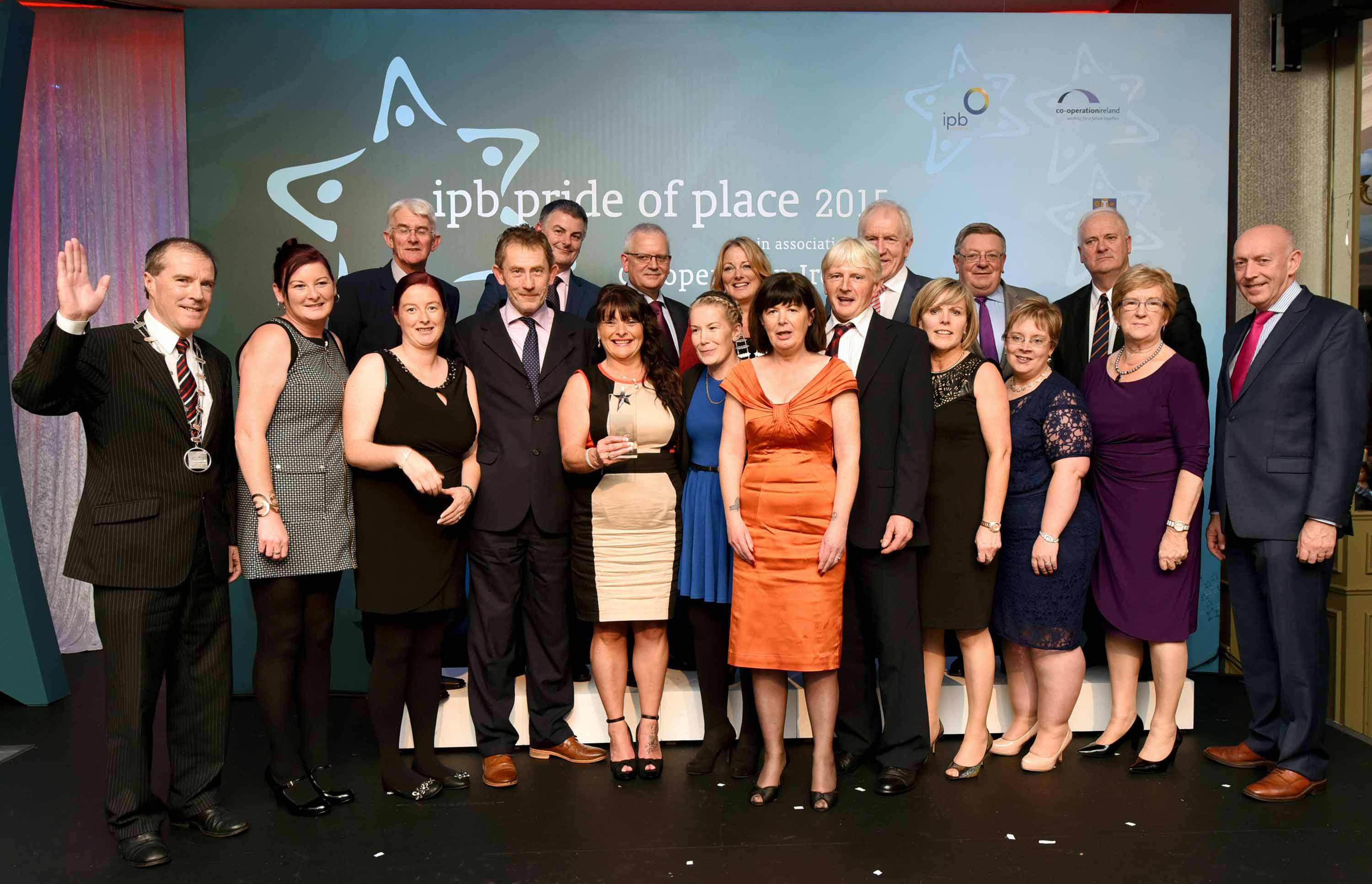 Limerick continued its impressive track record of success in the IPB Pride of Place Competition at the 13 annual awards ceremony held in Ennis, Co. Clare, on Saturday night, November 14.

Kilteely was named overall winner of Category 1 for population centres of up to 300 people while Scanlon Park in Castleconnell was named Runner-Up in the Housing Estates Category.

The two communities were among four nominated by Limerick City and County Council to participate in this year’s competition. Limerick was also represented by Bruff-based BGM Community Council Ltd. in Category 4 for population centres over 2,000 and Tait House Community Enterprise in Category 4 (City – Age Friendly Initiative).

Cllr. Gerald Mitchell, Deputy Mayor of the City and County of Limerick, who attended the ceremony on behalf of the Mayor, stated: “I am delighted that Limerick has once again featured prominently in this annual awards scheme which is testament to the pride of place that the people of Limerick have for the areas they live in.”

“Securing the overall award in their category is an outstanding achievement for Kilteely which has been officially recognised in Tidy Towns, Going for Gold and Limerick In Bloom competitions down through the years for its role in the development and improvement of the locality. Working with the people of the Parish of Kilteely Dromkeen, Limerick City and County Council and Ballyhoura Development, the local volunteers have developed a number of projects aimed at enhancing the local community and their hard work has paid off with this prestigious award,” he added.

“Scanlon Park in Castleconnell, which was built approximately 30 years ago with a second phase being added some 15 years ago, is a good example of how residents working together can help to foster a strong sense of community spirit. This is a development that features almost 90 houses with a wide range of residents from young families and children to older residents and single people. There has been an active Residents Association for the last 10 years which has worked hard to develop the estate, particularly the landscaping. I warmly congratulate them on their success,” said the Deputy Mayor.

Tom Dowling, founder of the event and Chair of the Pride of Place Committee said: “Even after 13 years, I and the rest of the judges continue to be amazed at how communities from all over the island demonstrate their amazing capacity to care for the people in their communities and respect their heritage, culture and environment. I also pay particular thanks to the local authorities all over the island of Ireland, Co-operation Ireland and IPB Insurance for their ongoing support for this unique community competition.”

Peter Sheridan, Chief Executive, Co-operation Ireland said: “For Co-operation Ireland, the Pride of Place competition embodies the ethos of the organisation and it shows how working together ordinary people can make a real positive change on society. I congratulate everyone who participated in this year’s competition, but especially the winners.”

“The Council is delighted to have been able to support each of this year’s local participants, particularly in the weeks leading up to the judging stage of the competition,” said Pat Dowling, Director of Services, Limerick City and County Council.

“I want to congratulate Kilteely and the residents of Scanlon Park for delivering real positive change by improving their local environment and undertaking initiatives that have further improved the quality of life for everyone who lives in these communities,” he added.

Run by Co-Operation Ireland in conjunction with local authorities north and south of the border, the annual all-island initiative aims to recognise and celebrate the vital contributions that communities make to society.

Prior to 2015, Limerick’s most recent national success in the competition came in 2014 when the Limerick City based (CWELL) Community Wellness Empowerment Leadership & Life Skills won a Special Award, while Castleview Estate in Newcastle West claimed the top prize in its category in 2013.