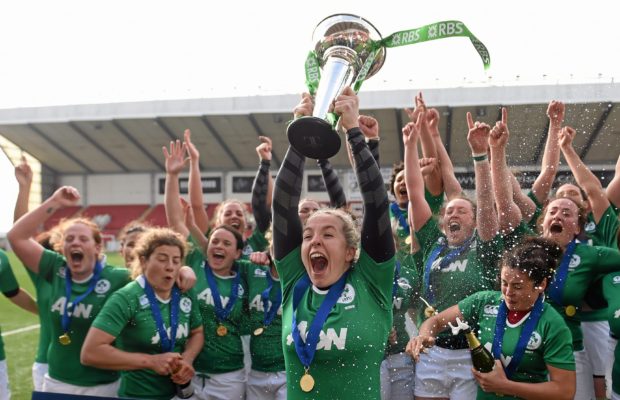 Ireland’s head coach Tom Tierney has named his squad for the Women’s Rugby World Cup 2017.  Ireland will face Australia, Japan and France in Pool C on the 9th, 13th and 17th August in the UCD Bowl.

The squad is comprised of 28 players and will be captained by Limerick Garda and UL Bohemians and Munster full-back Niamh Briggs.

There are 12 players featured in the squad with previous Women’s Rugby World Cup experience; Ailis Egan, Heather O’Brien, Sophie Spence, Ashleigh Baxter, Paula Fitzpatrick, Alison Miller, Larissa Muldoon and Jenny Murphy were involved at France 2014, while Briggs, Claire Molloy, Marie-Louise Reilly and Nora Stapleton are all set to compete at their third World Cup, having been involved in both 2010 and 2014.

Scrum-half Nicole Cronin is the only uncapped player in the squad and she is also one of a number of players in the squad with Rugby Sevens experience. Cronin along with Hannah Tyrrell, Katie Fitzhenry, Sene Naoupu, Baxter and Miller have all made appearances on this season’s circuit of the World Rugby Women’s World Sevens Series.

Speaking on the selection of the squad, Tierney said;

“We have named players who have been here before and are aware of the challenge that lies ahead and then there are a number of players in the squad for whom this will be their first ever World Cup and I am extremely confident they will compete for starting positions throughout the campaign.”

“The players have been training consistently for the past number of months, and we have had a preparation that is far more comprehensive than previous campaigns.”

“The anticipation and excitement has been building steadily amongst the players and the program has provided us with every opportunity, so it is now up to us to put our best foot forward during this campaign”, he added.

“The opportunity to play in a World Cup on home soil is a once in a life time opportunity, and while we are in a tough pool with Australia, Japan and our Six Nations rivals France, I am sure the players will rise to the occasion in front of their home fans.”

Ireland’s matches will be broadcast live on Eir Sport, RTE and RTE Radio.

Captain Niamh Briggs will be at Arthur’s Quay Park this Thursday, July 27 with the Women’s Rugby World Cup Trophy.