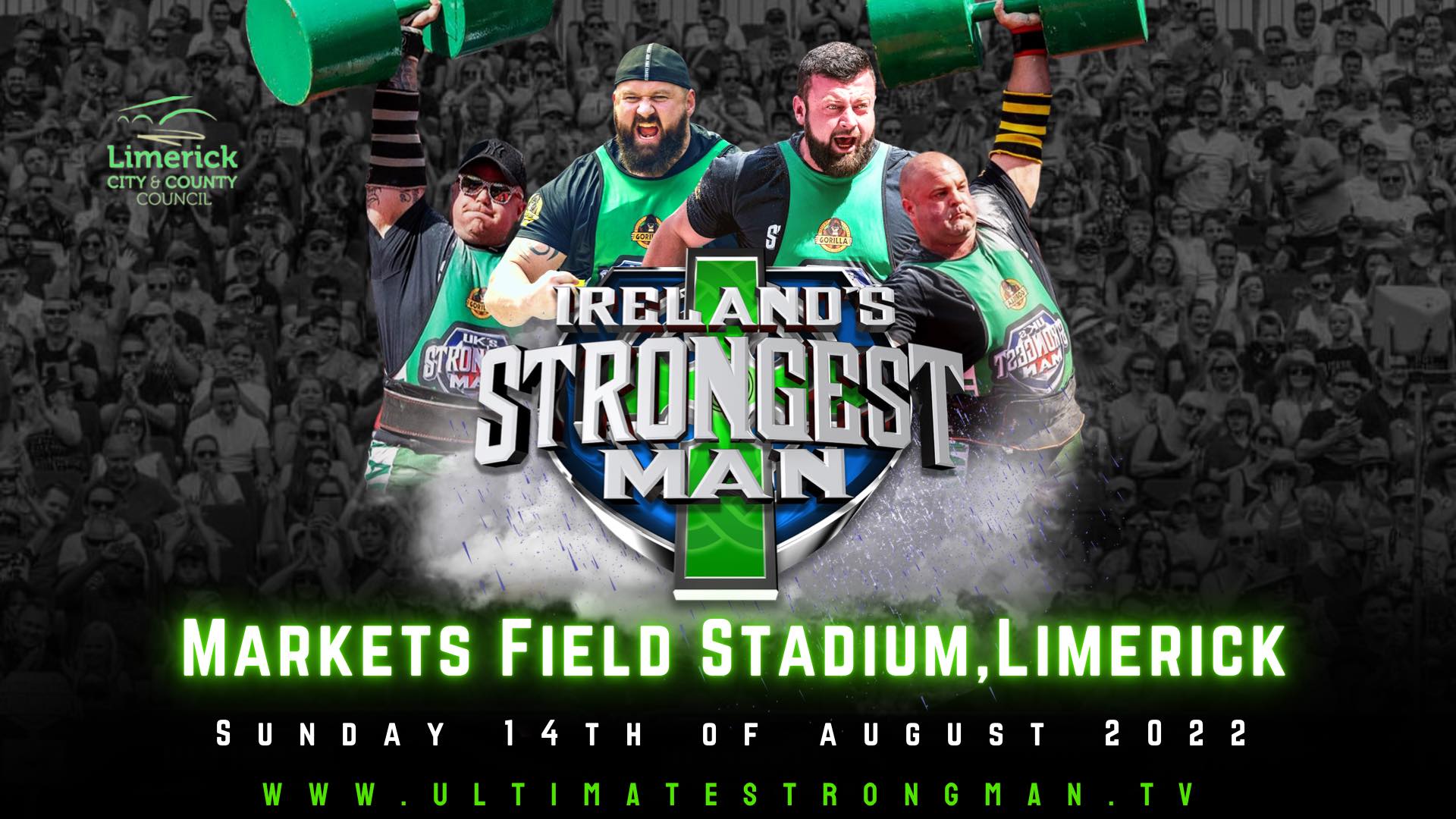 At the highly anticipated event, Ireland’s biggest, best, and strongest men will battle over 5 demanding tests of strength.

The event will see Limerick’s Pa O’Dwyer battle it out to go for a record 6th title in front of his home fans.

He began weightlifting at the age of 21, and 15 years later, he is an extremely well-known name all around not only Ireland but all over the world for his fantastic achievements. He began going to strongman competitions in 2011 and has proved himself a force to be reckoned with.

The Newcastle West native recently became an official athlete for Giants Live 2022, where he will be competing at the Giants Live World’s Strongest Man Arena Tour 2022 with the rest of the strongest men.

Get your tickets to this full packed family day out and secure your best seat in the house! Tickets on sale Saturday 11th December 9am.👊🎟🎫🎟🎫🔥

He also began regularly uploading his impressive deadlift videos on his YouTube channel, where he has over 2k subscribers.

Established in 2000, the Irish Strength Association (ISA) is the governing body of Strength Competitions in Ireland that also promotes the televised events for Irish, UK, and World International Strength events. The top strength events that they govern are in Strongman, Arm Wrestling, Highland Games, Power Lifting, and Mas Wrestling.

Ireland’s Strongest Man is the hit RTÉ TV show which features Ireland’s strongest battling it out for the title.

The event will take place at 1pm on Sunday, August 14, 2022, at Markets Field on Garryowen Road, one of the most famous sporting grounds in Ireland. Adult general admission for the show is €35 and children under the age of 3 go free. The show is family-friendly and suitable for all ages.

To get tickets to Irelands Strongest Man 2022 go HERE