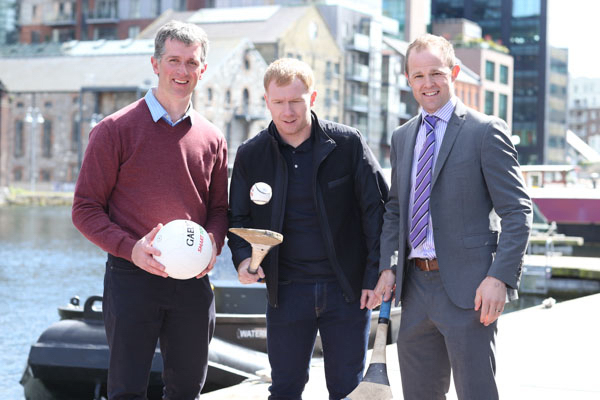 Irish Autism Action (IAA) is calling on sports fans of all ages to take a penalty to raise funds for the charity, which supports over 50,000 children and families with autism in Ireland. All people need to do is take a penalty of any kind – from soccer to hockey – in any location and post it on a social media network of their choice. Participants are then asked to text the word PENALTY to 50300 to donate €2 to Irish Autism Action, and nominate two people to do the same.  The initiative was launched in Dublin recently by Manchester United legend Paul Scholes, whose son has autism, and Kilkenny’s nine-time All-Ireland winner Tommy Walsh.

Irish Autism Action is a young charity formed in 2001. They are the lead charity in Ireland in the field of autism with the primary objective to increase understanding and awareness in Ireland and transform the lives of families living with autism.

In Ireland some 50,000 people have a diagnosis of autism (Autism Counts Prevalence Study funded by IAA 2014). Furthermore, it has been proven that for each person diagnosed, five other people’s lives are affected by the diagnosis.

Ken Whelan, Chief Executive, IAA said: “We’re urging the public to get behind this fun initiative which will raise much needed funds for our work. IAA supports more than 50,000 people in Ireland have a diagnosis of autism and their families. Research shows that for each person diagnosed, five other lives are affected.”

The penalty fundraising initiative is the brainchild of Wyeth Nutrition employee, Tadhg Hayes. Irish Autism Action is the staff charity of the year for Nestlé in Ireland and is supported by its employees across its two sites in Wyeth Nutrition, Askeaton, Co Limerick and NestléIreland in Citywest, Co Dublin.