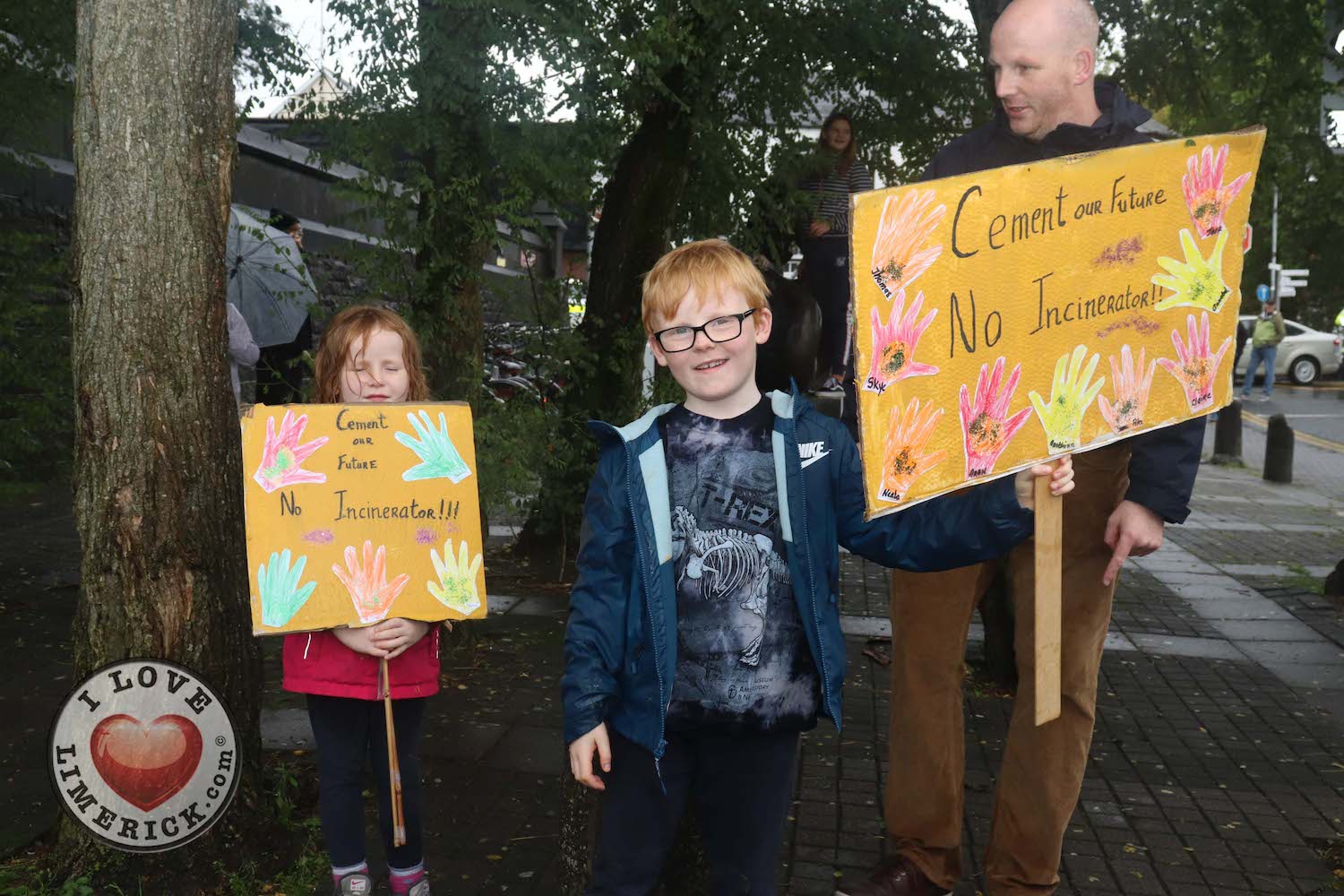 Irish Cement Objection: Pictured at the March for Our Lives protest organised by Limerick Against Pollution on Saturday, October 5, 2019. Picture: Bruna Vaz Mattos .

Limerick City and County Council has lodged an objection to the EPA licence granted to Irish Cement to allow the co-incineration of waste at the Mungret plant.

Limerick City and County Council had originally made a detailed submission on the licence application, raising questions on multiple issues, in particular they questioned the need to impose a limit on emissions.

The people of Limerick are enraged. Pictured at the March for Our Lives protest organised by Limerick Against Pollution on Saturday, October 5, 2019. Anthony Sheehan/ilovelimerick

It is understood that it is not unusual for cement factories in Ireland to go over their TOC limits but with that being said, Irish Cement have failed to explain the reasoning for this derogation.

Limerick City and County Council intend to object to this condition of the proposed licence as they are seeking a detailed explanation and transparency surrounding why this derogation is necessary.

Given the level of public interest in, and concern about, the proposed co-incineration of waste at this facility, Limerick City and County Council will also be requesting that an oral hearing be held.

This development comes not long after the ‘March for Our Lives’ protest held in Limerick on Saturday, October 5 where an estimated 6,000 people marched in an attempt to “Speak with their feet” and show the EPA they will not accept this.

Greg O’Shea, the Limerick native, and Love Island 2019 winner, showed his support on the day, saying, “Hopefully we can all get together now and stop this, save Limerick and keep it green.”

For more stories on ‘March for Our Lives’ click here.

Related Topics:epaIrish Cementlimerick city and county council objection
Up Next