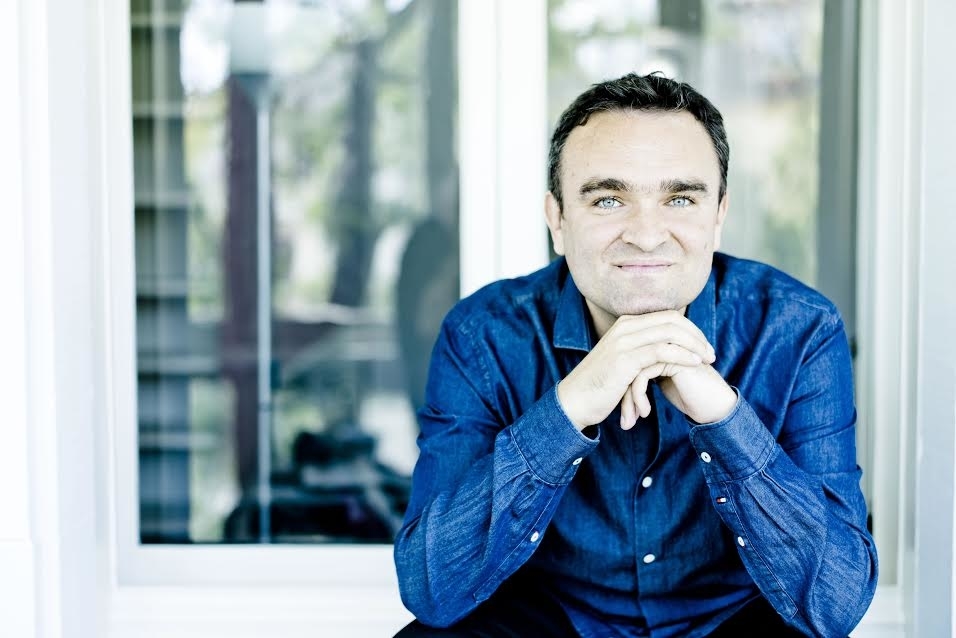 Irish Chamber Orchestra Announces Autumn Winter Season – Pictured is Jörg Widmann (Principal Guest Conductor/Artistic Partner) who shifts his focus from Mendelssohn to the work of Schubert and Schumann alongside some of his most innovative compositions.

The Irish Chamber Orchestra introduces another exciting season, working with Jörg Widmann (Principal Guest Conductor/Artistic Partner) who shifts his focus from Mendelssohn to the work of Schubert and Schumann alongside some of his most innovative compositions.

The ICO commences its season from September 9th to the 16th with an operatic collaboration of Benjamin Britten’s ‘Owen Wingrave’, a co-production with Opera Collective Ireland in association with the Académie de l’Opéra National de Paris conducted by Stephen Barlow.

Based on a Henry James story, ‘Owen Wingrave’ is a statement of Britten’s lifelong pacifism and the music is Britten at his refined, luminous best.  Catch this operatic treat in Limerick at The Lime Tree Theatre Saturday, September 9th.

‘365 Variations on a Gesture’ is inspired by a lifelong fascination with waves, one of the world’s most important and fundamental phenomena and has been generously funded by the Arts Council of Ireland.   Elgar’s much loved ‘Serenade for Strings’ features alongside Brahms gutsy ‘String Sextet No. 1’ at UCH Limerick Friday, September 29th.

‘Bach on Tour’ sees the ICO on the road in October with a 4-day tour (19-22 October).  Peter Whelan directs from the harpsichord, championing music of the Baroque era in his ICO debut.

JS Bach’s virtuosic ‘Brandenburg No. 3’ radiates alongside CPE Bach’s popular ‘Cello Concerto in A’, full of clever challenges and expressive intensity that transcends time, place and formality. His ‘Symphony in B minor’ is full of unexpected harmonic turns.

Vivaldi’s electrifying ‘Concerto for 2 celli’ is performed by ICO cellists Christian Elliott and Aoife Nic Athlaoich in Ennis (Glór), Dun Laoghaire (The Pavilion), Letterkenny (An Grianan) and Sligo (The Model), as part of the Con Brio Sligo Music Series.

Widmann’s ‘Paraphrase on the Wedding March of Mendelssohn’ was a special commission by world renowned architect, Daniel Libeskind for the wedding of his daughter Nina and is performed by virtuoso violinist Carolin Widmann.

The programme highlight is Mendelssohn’s much-loved ‘Violin Concerto Op. 64’, celebrated from the outset as a masterpiece, performed by Carolin Widmann.  The evening culminates with an ICO performance of Schubert’s large-scale masterpiece, his dramatic ‘Symphony No. 9 (The Great)’.

Finally, the ICO performs ‘The Best of Christmas’ in Limerick (St Mary’s Cathedral) on Thursday 14 December featuring much-loved highlights from festive concerts by soprano Ailish Tynan.  A beautiful showcase celebrates Christmas in Europe and the Nordics, featuring a roller-coaster of much-loved music and song.

Don’t miss another exciting season with the Irish Chamber Orchestra. The Limerick-based orchestra is resident at the Irish World Academy of Music and Dance at the University of Limerick and is funded by The Arts Council of Ireland/An Chomhairle Ealaíon.