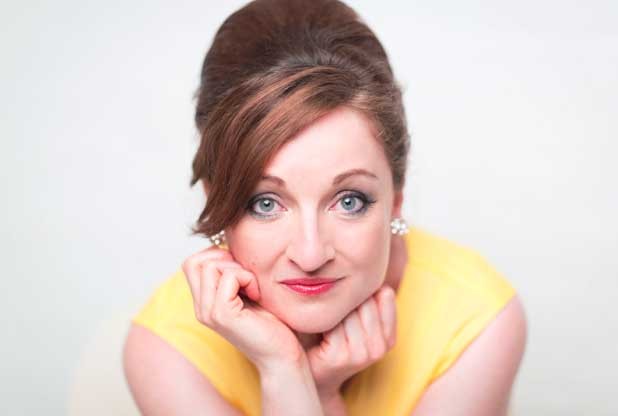 Irish Chamber Orchestra Best of Christmas event at St. Mary’s Cathedral – Ailish Tynan is one of the most colourful and entertaining sopranos.  She trained at Trinity College, the Royal Irish Academy of Music and the Guildhall, London.

Ailish Tynan has drawn large crowds to three festive performances in Limerick over the years,  and this year, the ICO presents the best of all three.  The orchestra is delighted to return to Ailish’s hometown of Mullingar (in association with Mullingar Arts Centre) – only her second performance back home complete with string orchestra.

The Irish Chamber Orchestra Best of Christmas celebrates Christmas music around Europe and the Nordic countries, before returning home.  Sibelius combines lusciousness with poignancy to great effect in his Andante Festivo.

Little was it known that Silent Night, when first heard in an Austrian village church on Christmas Eve 1918, would wing its way into the hearts of people worldwide.  A French theme emerges as Ailish Tynan sings Martinet’s Le Petit Papa Noel, a 1946 hit song for Tino Rossi.

Vivaldi’s Paris Concerti are unsurpassed and show him at the peak of his invention.  The Finale of the Concerto No. 2 is a striking French Rondeau.

From France to Scandinavia, Grieg’s Holberg Suite evokes the beauty of Norway, its fjords, lakes and forests, whilst Ailish performs a collection of Grieg’s enormously popular love songs.

From Norway to Sweden, Moraeus’ Koppangen (Holy Night) is one of the most overtly beautiful Christmas carols ever written, whilst Sankta Lucia is traditionally sung during celebrations of the Festival of Light in Sweden, every December.

Closer to home, Ailish offers festive treats, including the Wexford Carol and a haunting rendition of Don Oíche úd I mBeithil.  The irresistibly operatic Oh Holy Night draws what promises to be a spectacular evening of music, to a close.

Ailish Tynan is one of the most colourful and entertaining sopranos.  She trained at Trinity College, the Royal Irish Academy of Music and the Guildhall, London.

She was a Vilar Young Artist at the Royal Opera House, Covent Garden, a BBC New Generation Artist, and is a former recipient of the Rosenblatt Recital Prize at BBC Cardiff Singer of the World.

Limerick Youth Service Christmas fair is back again this December