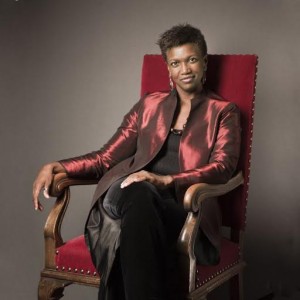 The Irish Chamber Orchestra welcomes back Principal Guest Conductor Jörg Widmann who is in demand on the world circuit, combining composition with performance as a clarinettist of international distinction.

Always exciting, Widmann features a world premiere of his re-writing of his Attempt at a Fugue for Soprano & String Orchestra sung by the extraordinary American soprano Claron McFadden. Claron’s voice is so stratospherically pure and high and her vocal is amazingly flexible with wide ranging colour.

A Grammy nominee, McFadden studied voice at the Eastman School of Music in Rochester, New York. She made her Glyndebourne debut in the title role of Lulu conducted by Sir Andrew Davis. She has performed at BBC Proms, with Netherlands Opera, the Salzburg Festival, the Opera Comique, the Bregenz Festival, Aix-en-Provence Festival, La Monnaie (Brussels) and the Royal Opera. As well as singing many of the major oratorio works, Claron McFadden is renowned for her interpretation of modern and contemporary music and is a much sought after opera soprano.

Don’t miss the extraordinary voice of Claron McFadden in a world premiere of Widmann’s Attempt at a Fugue for Soprano and String Orchestra alongside his Sphinx’s Sayings and Riddle Canons for Soprano, Clarinet & Piano.