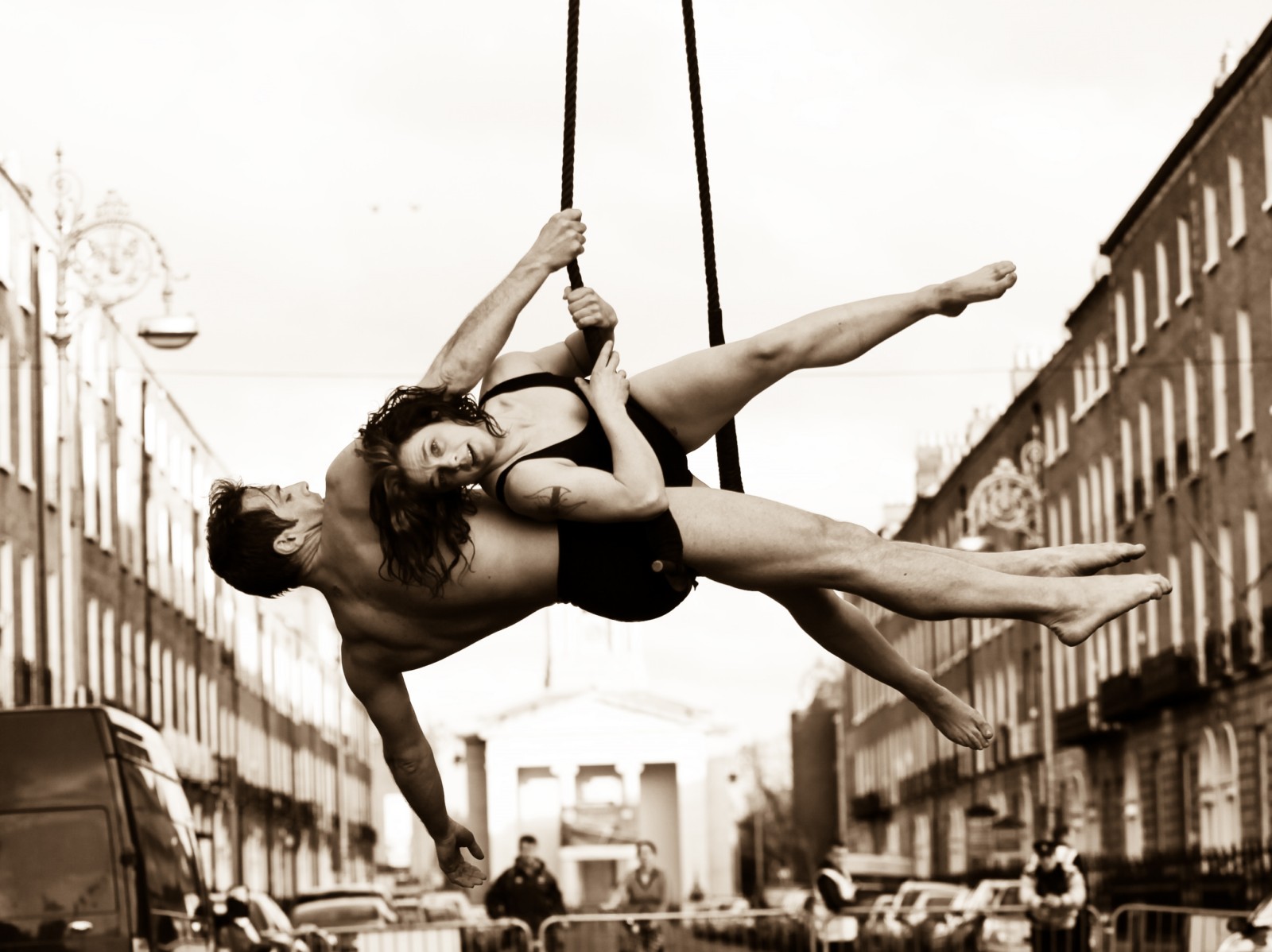 Widmann and the Irish Chamber Orchestra presents shining November nuggets, with a spectacular aerial dance display by Fidget Feet, a series of virtuosic duos and a quintet showcasing ICO members, alongside a cameo performance by Irish pianist, Hugh Tinney…

The Irish Chamber Orchestra looks forward to two great concerts in Dublin and Limerick with the gifted virtuoso Jörg Widmann, currently Principal Guest Conductor/Artistic Partner of the orchestra. Widmann has established a dynamic synergy with the Irish Chamber Orchestra and to date, audiences have enjoyed his exploration of the many facets of Mendelssohn’s music alongside some of his own exciting compositions.

There are some shining November nuggets in WUNDERKIND.  First up are two of Mendelssohn’s early Sinfonias that simply ooze brilliance.    The ultimate prodigy, his Sinfonia No. 4 took inspiration from Handel, while Sinfonia No.8, a tiny gem, captured the teenage spirit rather splendidly.  Mendelssohn loved this work so much that he fleshed it out to become his first actual symphony scored for full orchestra.

Book-ending the programme are two contrasting works by Prokofiev.  As an immigrant in New York in the roaring 20’s Prokofiev’s imaginative Quintet in G minor, Op. 39 is a seldom heard gift full of the jazzy themes of the era, inspired by his forgotten circus ballet Trapèze.    The work has attitude and showcases its five soloists. There is a spectacular circus dimension as acrobatic aerial dance specialists, Fidget Feet take to the wire for a breath-taking performance overhead.

Yet another nugget presents itself in Overture on Hebrew Themes Op. 34, written during the same period.  It was considered in part as a comic but affectionate caricature and features renowned pianist Hugh Tinney. Prokofiev was hailed as perhaps the only non-Jewish composer who had truly captured the essence of Eastern-European Yiddish music. The music has an appealing yet tragic quality.

As always Widmann’s genius proves inspirational in his selection of Duos, from his Suite of 24 Duos for Violin and Cello, (premiered by his sister Caroline Widmann and Jean-Guihen Queyras).  The character and duration of these individual works could not be more varied but a harmonic thread runs throughout. Savour these dazzling duos performed by members of the ICO as they interweave with each instrument proving consequential for the next.

Don’t miss these ICO performances in Dublin at the RDS Concert Hall (Thursday 20 November) and at UCH Limerick (Friday 21 November) at 8pm.

The orchestra resides at the University of Limerick and is funded by The Arts Council of Ireland/An Chomhairle Ealaíon.
For more information you can visit the Irish Chamber Orchestra at  www.irishchamberorchestra.com