By Richard Lynch on January 17, 2017@richanthon 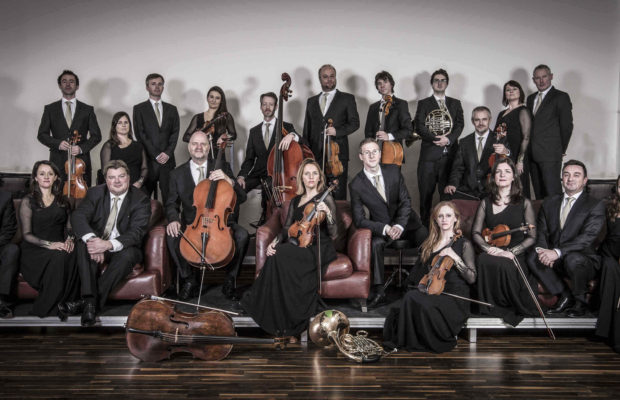 Clarinettist, composer and conductor Jörg Widmann is one of the most versatile and intriguing artists of his generation. This weekend, Hamburg’s new Elbphilharmonie opens for the first time with a world premiere of Widmann’s latest oratorio. As artist-in-residence there, he performs a solo recital, a duo recital with Mitsuko Uchida and a concert with the ensemble Resonanz, this season.  Widmann looks forward to his other residency at Brussel’s BOZAR where he will perform as soloist with the Orchestre National Belgique under Xian Zhang, the Mariinsky Orchestra under Valery Gergiev and directs the Irish Chamber Orchestra there in February, from the clarinet.

His carefully crafted programme for the tour includes Mendelssohn’s Fingal’s Cave Overture, inspired by a walking tour of Scotland and a stormy voyage to the Hebrides Islands. Widmann showcases the first of two of his own highly original compositions, 180 Beats Per Minute for String Sextet, inspired by his college days. His Three Shadow Dances views the clarinet from a completely different perspective, showcasing an enthusiastic and playful approach to exciting new playing techniques. Weber’s Clarinet Concerto No. 1 in F minor, Op. 73 is a benchmark and standard for clarinet that demonstrates a complete understanding of his instrument.  Finally, the Irish Chamber Orchestra showcases Mozart’s popular Jupiter Symphony with its Olympian character and the greatest of all symphonic finales.

On Monday February 13 the ICO performs at the amazing Konzerthaus Blaibach, a state-of- the-art intimate space built in 2014 as part of an urban redevelopment of Blaibach in Bavaria.  From there the orchestra travels further south to Neumarkt in der Oberpfalz, Bavaria where it takes centre-stage at the Neumarkt Konzertfreunde, on Tuesday February 14.  From Bavaria to Brussels, the ICO perform at the 2,200 seater Henri Le Boeuf Hall, at the Bozar Centre for Fine Arts in Brussels on Wednesday February 15 2017.   The final concert of the tour takes place in the heart of the Baden wine-growing region, at the Konzerthaus, Freiburg on Thursday 16 February.

The Irish Chamber Orchestra is resident at the Irish World Academy of Music and Dance at the University of Limerick, Ireland and is funded by The Arts Council of Ireland/An Chomhairle Ealaíon.

To find out more about the Irish Chamber Orchestra click here

For more on the Spring Season Tour click here