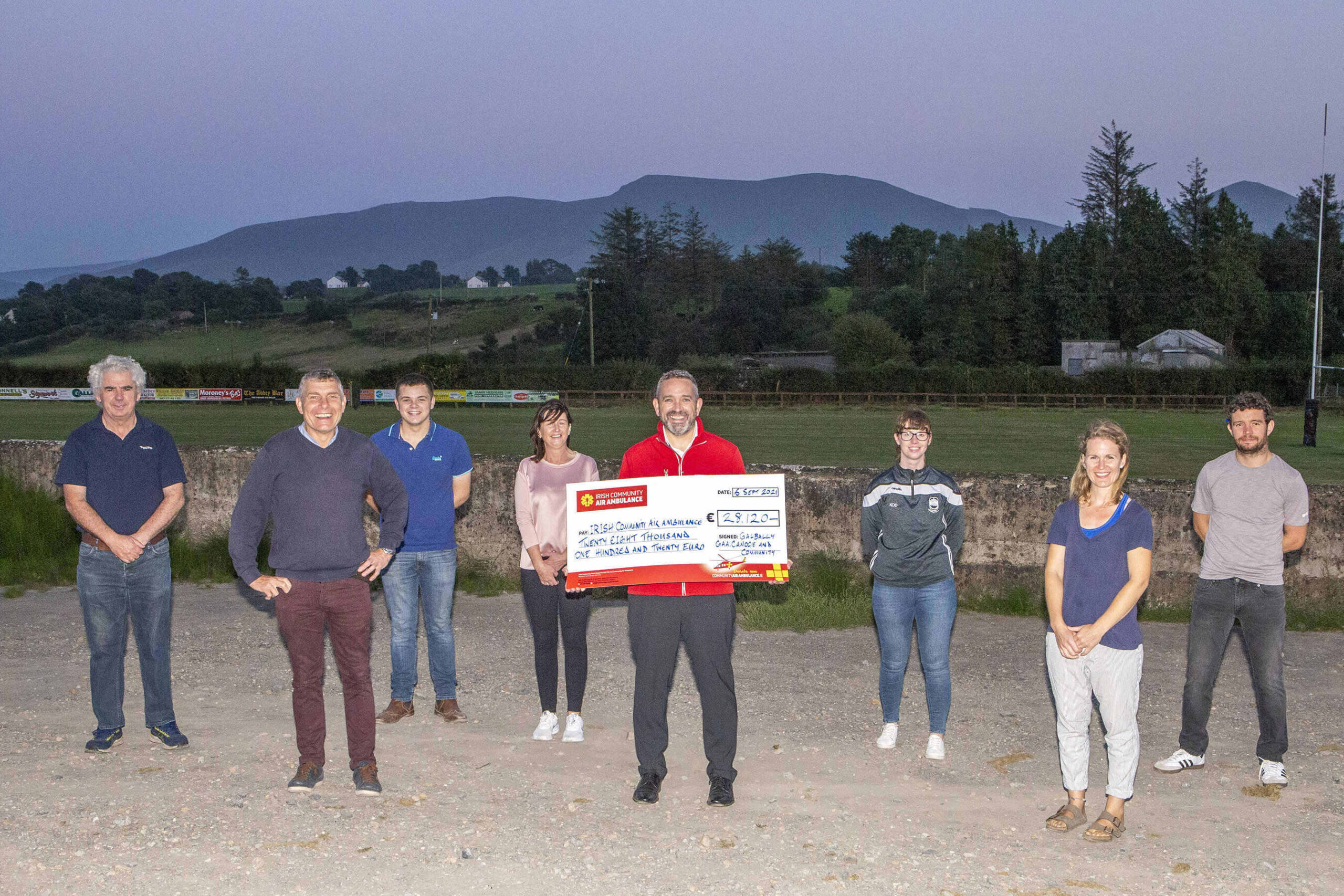 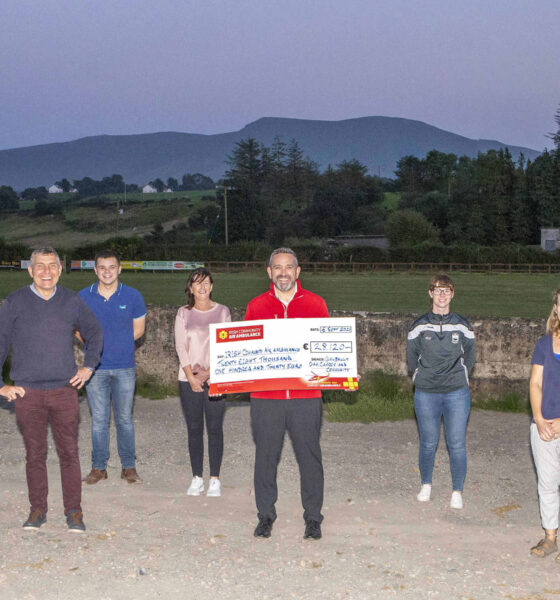 A series of fundraisers organised by a Co Limerick community has raised more than €28,000 for the Irish Community Air Ambulance. The HEMS Air Ambulance was tasked to five separate incidents in the small village of Galbally since it was launched in 2019.

The missions to the Galbally area included a medical emergency, a horse-riding accident, a woman who was trampled by a cow, a man who was crushed by a tree and a young child who suffered serious burns.

The GAA and Camogie clubs in Galbally combined with members of the community to organise five fundraisers during the August Bank Holiday weekend to thank the service which is Ireland’s first and only charity-funded HEMS Air Ambulance. The events included a cycle, 5km walk, a drive-in quiz and a hurling and camogie crossbar challenge. A tractor and vintage car run was also held in the village.

A cheque for €28,120 was presented to Mícheál Sheridan, CEO of the Irish Community Air Ambulance, at a small event in Galbally. The money raised will fund at least eight missions.

International Air Ambulance Week gets underway on Monday, September 6th & will be officially marked in Ireland for the first time. Summer 2021 was the busiest yet for the Irish Community Air Ambulance with the number of taskings up by nearly 10%. pic.twitter.com/LwCVmO7UBL

Mícheál Sheridan said, “I want to say a big thank you to the entire community in Galbally for raising such a significant amount of money. We’re not government funded so we rely on donations and fundraisers like this to bring hope to people in emergency situations. We’re called to the most serious incidents, often in rural and isolated locations like Galbally. It means a lot to us when we can meet former patients and we see how well they are doing. It proves just how vital the service is. Each mission costs approximately €3,500 which means that you have funded eight of our future missions.”

Tom Quinlan, chair of Galbally GAA, was one of the organisers of the fundraiser, he was injured while cutting trees in March of this year, “The entire community made the weekend such a success and I want to thank everyone near and far for their support. It was driven by a small, but hard working committee of 14 people with more volunteers helping out with events each day. I am proud that the hard work paid off and that our events will fund eight emergency missions. I know first-hand just how important the service is to a rural parish like ours and I’m glad they were there to help me when I needed them most.”

The Irish Community Air Ambulance has responded to more than 1,000 incidents from its base in Rathcoole, County Cork since it was established in July 2019. The charity heli-med service is staffed by Advanced Paramedics and EMTs from the National Ambulance Service. It brings patients to the hospital that best suits their life-saving needs. Each mission costs an average of €3,500. The service is not government funded and relies solely on fundraising.

Strengthening Families Programme to launch in Limerick later this year