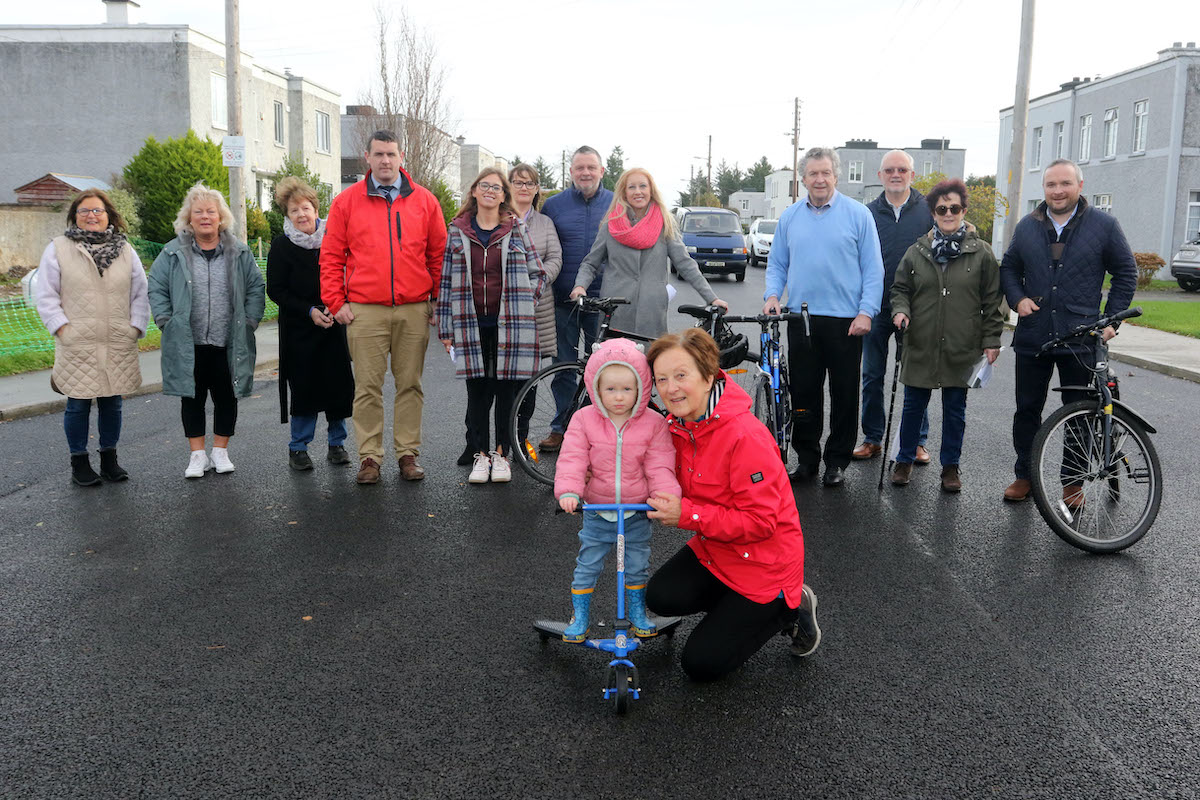 The Irish Estates in Corbally is well known for the unique design of its houses, estate layout, wide spacious avenues and lack of boundary walls between properties. Residents and visitors to the Irish Estates insist that the proposed changes by Limerick City and County Council (LCCC) will completely alter the unique architectural features of the Irish Estates and objections submitted to LCCC state that to, “interfere with the architectural design, integrity, and heritage of this estate is just unthinkable.”

The Section 38 proposal would widen the existing footpath on Lanahrone Avenue to 3 meters (10 feet) running the whole length of the avenue. This would be to create a shared footpath for bicycles, e-scooters, e-bikes and pedestrians. Residents state that their quiet neighbourhood with its wide boulevard already provides ample room to accommodate both bicycles and vehicular traffic, that safety of cyclists in the neighbourhood has never been highlighted as an issue, the proposal of a shared path is dangerous and not practical, that moving ESB poles and drainage, tearing up the new footpaths and road just installed in the neighbourhood, is all a huge waste of funds that should be used to make cycling safe where it is needed on our main roads. Other parts of the proposal include raised tables/ramps, an additional pedestrian crossing which locals say is in the wrong location, and junction tightening that is usually used in heavily trafficked areas, not in quiet residential neighbourhoods.

Local residents who pride themselves on being a pro-cycling, progressive, environmentally minded neighbourhood say that they hope that common sense prevails, that public funding is put to its best use by addressing the daily dangers for cyclists on our main roads, thus having the most impact on the environmental challenges that we face. Expenditure on a shared path in a quiet suburban, historic neighbourhood is not going to have the environmental impact that we need, and the proposed works are a retrograde step in terms of safety.

Independent Limerick Councillor, and Irish Estates resident, Frankie Daly states, “We are all in favour of cycling where practical, however the residents and I are against this proposal as it is more hazardous than safe.”

Find out more on Irish Estates

Related Topics:CorballyIrish Estates
Up Next

Travfest 2022 comes to the Belltable with arts, crafts, concerts and more from November 17 – 20

2022 Midwest Empowerment and Equality Conference at UCH advocates the importance of self-care, loving yourself, and supporting others