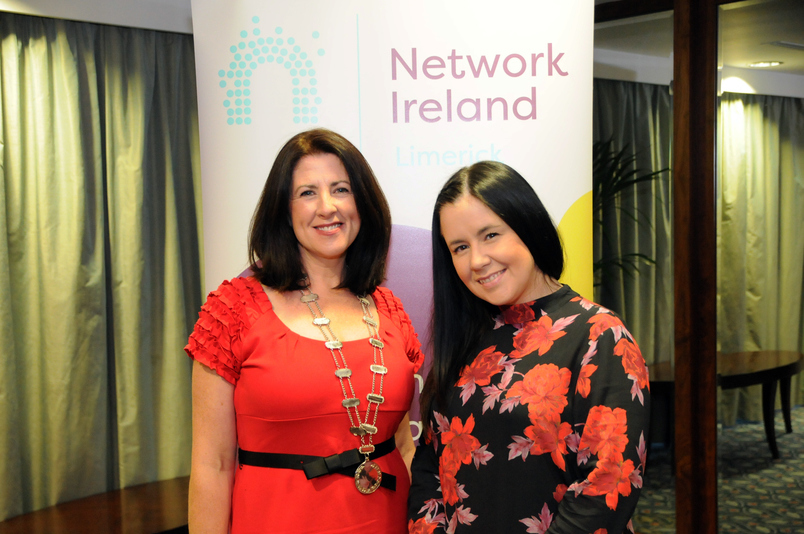 Niamh Sherwin-Barry, co-founder of Irish Fairy Door Company, stressed the importance of researching markets and understanding buyer behaviours before entering new countries too fast. She was speaking at a Network Ireland Limerick event run in association with LEO Limerick in the Savoy Hotel, Limerick.

Co-founder of the Irish Fairy Door Spokesperson (better known as Chief Storyteller) Niamh Sherwin-Barry has worked with children since 2002. She is a qualified Montessori Teacher and has also ran her own business teaching music classes to under 5’s through a Jo Jingles franchise. Niamh happily admits to being a big kid herself which really helps in her line of work. Helping Queen Kate (queen of all the fairies) tell her story is a true honour for her! Since setting up the business in 2013 Niamh looks after brand and heads up the social media, customer services and PR teams.

Describing the journey of how the business started as a kitchen table start-up during very challenging times to an international business within 4 years, Ms Sherwin Barry warned, “don’t rush into new markets like we did. If you are exporting to the US, go very, very slow as it has the potential to sink you.”

Highlighting the importance of having the right skillsets and having clarity on your figures at all times, she also encouraged start-ups to “be aware of eager amateurs and what they can bring in comparison to experts.  We brought in a few investors when what we needed was mentors.”

She praised the support of their Local Enterprise Office and Enterprise Ireland as they scaled for growth and believed the EY Entrepreneur of the Year programme in which they participated in 2016 helped them to step up another strategic level.

Valerie Murphy, president of Network Ireland Limerick, said, “True to her job title as Chief Storyteller, Niamh shared her inspirational rags to riches story brilliantly. She had a fantastic style and captured the imagination of everyone in the room. Despite what might appear as a fairytale success story, it was interesting to hear that they continue to meet tough challenges as they scale the company.”

Businesswomen throughout the Mid West attended the event which was run in association with LEO Limerick .

The Irish Fairy Door Company helps fairies relocate into homes and gardens all over the world by producing high quality Irish fairy doors.

After being hit very badly by the recession, Niamh and Oisin Barry and Aoife and Gavin Lawler were on the verge of emigrating. Following a conversation around the kitchen table in June 2013 the company started business, largely through Facebook and word of mouth that August.  Their mission was to bring children’s imaginations back and enable them to play like they used.

Four years later and the Irish Fairy Door Company now employs 15 people, ships to over 120 different countries and has sold over 500,000 pieces worldwide.

At the Network Ireland Limerick event, attendees learned how this simple idea has quickly grown into a hugely successful business which now sees every second child in Ireland own their own Fairy Door.

‘Bake for Brains’ event is coming during Brain Awareness Week 2018