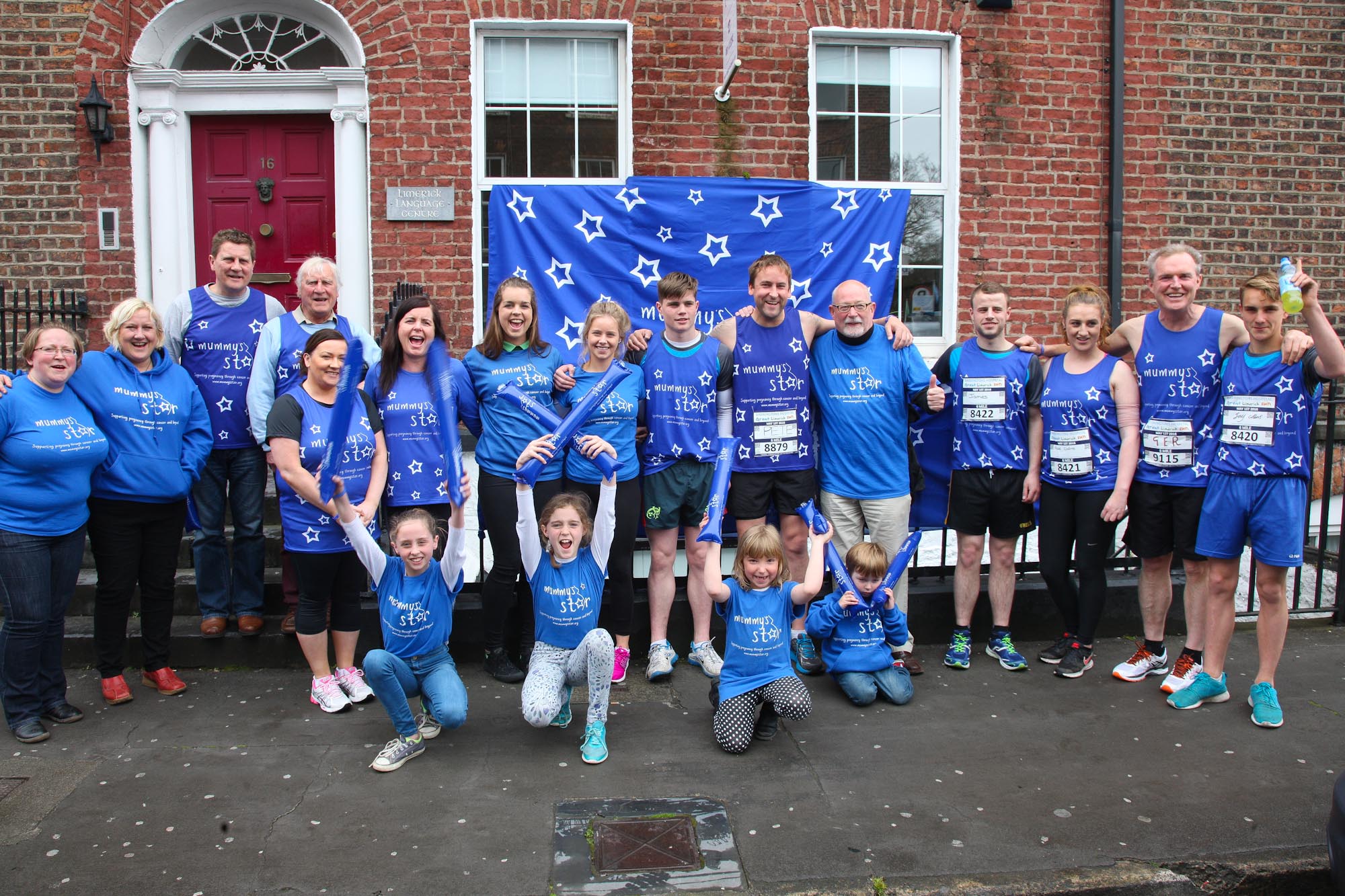 Pete lost his wife Mair to cancer in December 2012, shortly after she gave birth to the couple’s second child and this experience inspired him to set up Mummy’s Star in the UK in 2013 – a charity dedicated to women and their families who have been affected by cancer during pregnancy or shortly after a new birth

On Friday 29 April Pete visited the University of Limerick Maternity Hospital, 36 years to the day he was born there, to officially launch Mummy’s Star in Ireland. The charity have already helped a small number of women and their families in Ireland and know that this is just the start of their active support of many more.

Mummy’s Star provides important social links, advice and emergency financial relief for families affected in this way. The charity, which receives support from the Irish Cancer Society and the Irish Nurses and Midwives Organisation, runs a closed Facebook forum so women and their families are able to contact each other and share their experiences, thereby ‘supporting pregnancy through and beyond cancer’. Their website also offers important comprehensive, easy-to-understand information about cancer in pregnancy and the aim of the charity is “to be in a position where any woman presenting with cancer during pregnancy/post birth at any hospital in the UK and Ireland is referred to Mummy’s Star and accesses the support we offer.”

During his visit to University of Limerick Hospital Pete presented to both practising and student midwives about Mummy’s Star and how they can support mums who tragically are diagnosed with cancer in the pre and post-natal period.

Pete said “Launching the charity in my home city feels very special and from here we will now set about building links with hospitals, cancer centres and the existing charities around the country and make sure we can reach women who find themselves in this cruel situation. Cancer in pregnancy/post birth is thankfully rare but that also means that it is all the more isolating when it happens and it throws a family into turmoil. We hope that from what we have built over the last three years we will be able to support as many families as possible around Ireland and raise awareness that cancer and pregnancy do sadly coincide, that there are treatment options for these women and most importantly that we work and help to try and normalise the pregnancy experiences of these women as much as possible.

Present at the presentation was Deirdre Munro of the Irish Nurses & Midwives Association (INMO) and Global Village Midwives who said “It is a privilege to support the launch of Mummy’s Star in Ireland. Mummy’s star provides invaluable specialist knowledge and support for women and families faced with a diagnosis of cancer during pregnancy or after birth”

Later in the weekend the charity then took part in the Great Limerick Run on Sunday 1st May and saw a strong turnout for their first event in the country.

To find out more about Mummy’s Star visit www.mummysstar.org.