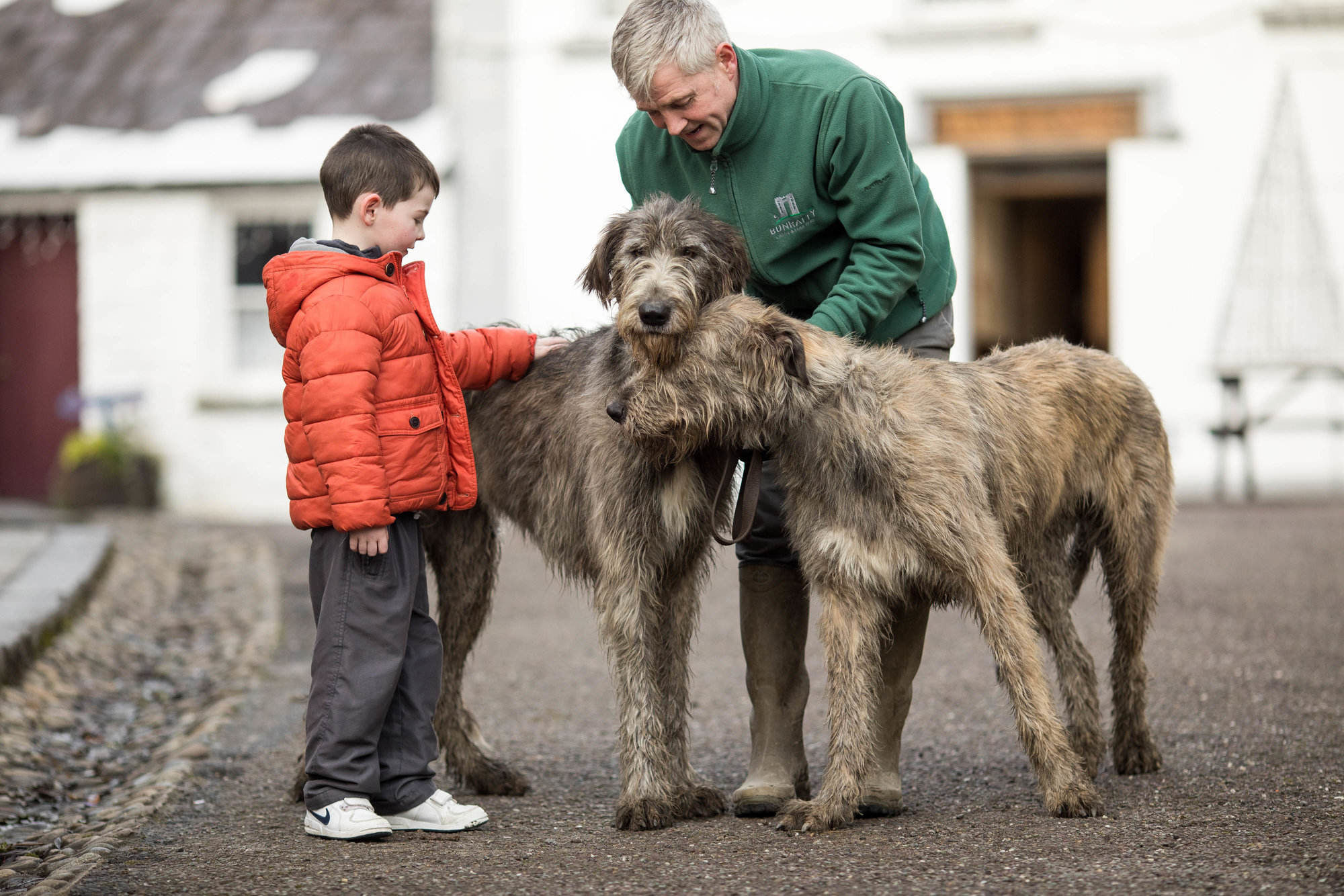 Irish Wolfhounds are once again roaming the grounds of Bunratty Castle and Folk Park in County Clare. Shannon Heritage has acquired two new female wolfhounds and they are already creating a stir with visitors.

“At Shannon Heritage, we have a commitment to putting the customer and visitor experience first. With that in mind, recently we asked our visitors at Bunratty Castle and Folk Park what would the like to see, and the recurring suggestion was to bring back the Irish Wolfhounds! Bunratty Castle is the most complete and authentic medieval fortress in Ireland, and no 15th-century castle is complete without these iconic and noble dogs. We already have a vast array of animals living in their natural environment in the park- everything from sheep, goats, and pigs to donkeys and free-roaming poultry. The new Irish Wolfhounds are already proving really popular with visitors.” Says Managing Director of Shannon Heritage, Niall O’Callaghan. 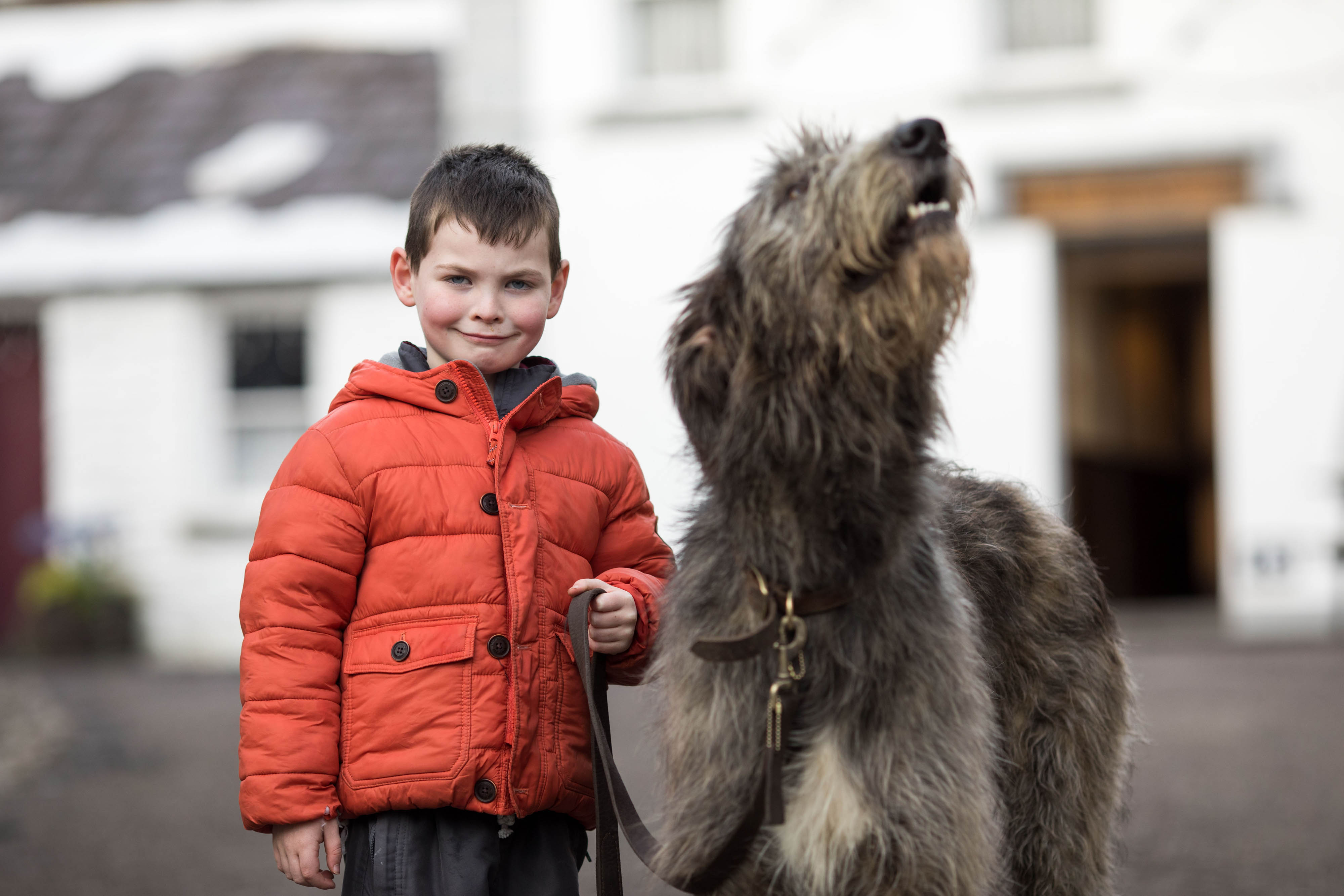 Ronan Behan, age 5 from Kildimo, County Limerick with one of the Irish Wolfhounds at Bunratty Castle and Folk Park.
Picture by Sean Curtin, True Media.

“We are delighted with the positive reaction we are getting from our visitors and indeed our own employees who have really taken the new arrivals to their hearts. We also have plans for more iconic animals to return in the coming months, so watch this space,” concluded O’Callaghan.

Irish Wolfhounds are known for being gentle, friendly and very intelligent, and they resided in Ireland long before the arrival of Christianity and the written word. Known in Irish as ‘Cu Faoil’ denoting bravery, the Irish Wolfhound is the stuff of legends.

Throughout history, the tallest of dogs has been a warrior, a hunter and a companion to nobility. Historically these dogs were used to hunt big game, such as wolf and elk, and they gained a reputation for unequaled valour. The Irish Wolfhound even participated in battle, pulling men off horseback to be slain.

They have great size, power and speed, and an adult weights about 100 pounds. Irish Wolfhound adult males can attain the stature of a small pony. Despite their size, these shaggy-coated animals have a peaceful and quiet personality. They are affectionate and love to be around people.

Irish Wolfhounds were regular guests at Bunratty Castle from the early days of the medieval banquets in the 1960’s. The animals would roam the great hall and dining areas as would have been the custom in the medieval times.