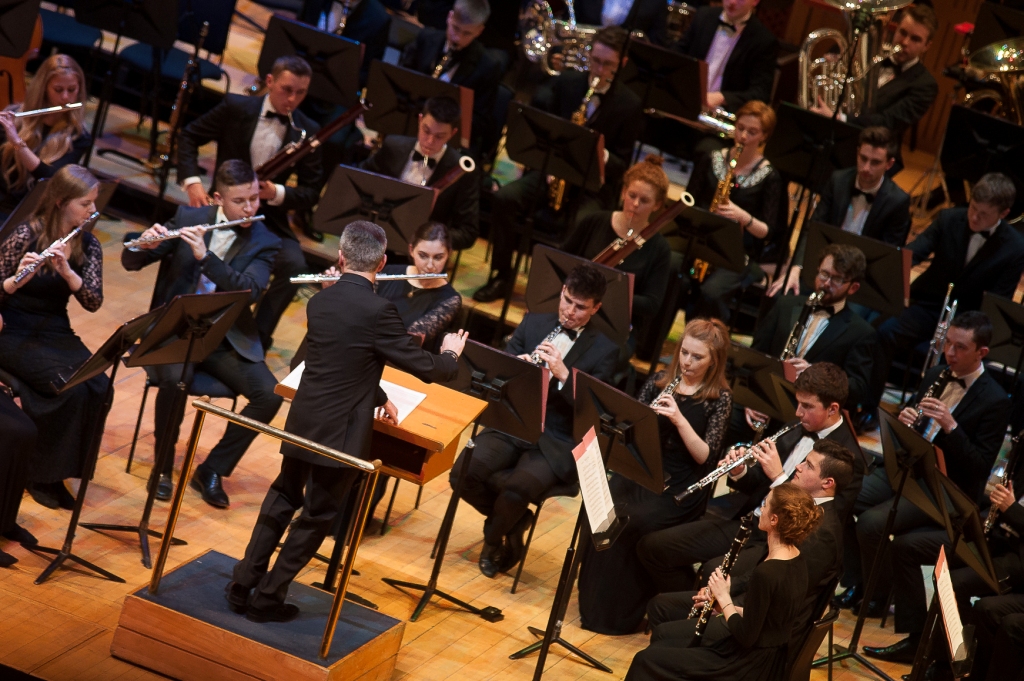 The Irish Youth Wind Ensemble 2016, comprising of 74 young musicians from all over Ireland, will perform a repertoire conducted by Ronan O’Reilly this Saturday 20 August at 6:30pm in the University Concert Hall, Limerick.

Let the ensemble whisk you on a musical journey from ‘Four Scottish Dances’ by Sir Malcolm Arnold, ‘Paris Sketches’ by Martin Ellerby, ‘A Weekend In New York’ by Philip Sparke, and much, much more.

The Irish Youth Wind Ensemble was formed in 1985 by James Cavanagh and Colonel Fred O’Callaghan. It is one of the lasting legacies of European Music Year 1985 when the Ensemble was one of many artistic initiatives through Ireland. That the IYWE has survived and flourished for over two decades is due to the enthusiasm and vision of its founders, the talent and enthusiasm of its members and the efforts and commitment volunteered by numerous supporters. Irish Youth Wind Ensemble.

The ethos of the IYWE is to offer young wind, brass and percussion players an opportunity to study, perform and experience music specifically composed for the wind ensemble medium and to present music which otherwise would not be heard by Irish audiences. As a result, the Wind Ensemble produced this special programme to perform at CIT School of Music and University Concert Hall, Limerick, this August.

In the past, the IYWE have had the pleasure of working with Evelynn Glennie, Finghin Collins, Philip Martin and other distinguished soloists from Ireland and abroad.

Tickets available from University Concert Hall Box Office, telephone 061 331 549, online at uch.ie, or on the door on the night of the performance. Irish Youth Wind Ensemble 2016.

Check out the University of Limerick here.