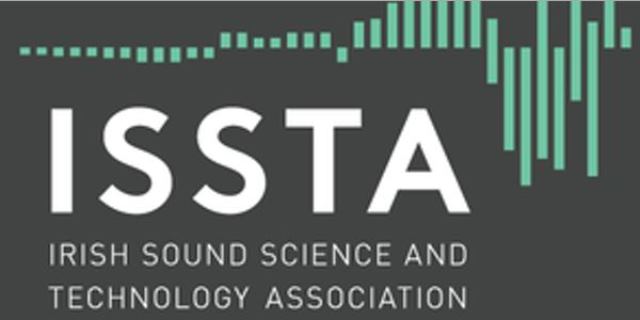 The Irish Sound, Science and Technology Association (ISSTA) is an organisation that brings together practitioners integrating fields of music, sound, science and technology based in Ireland. It serves musicians, researchers, scientists, engineers and artists by promoting the art, music and research in Ireland, especially in international communities.

ISSTA is convening its fifth annual Convocation (ISSTC 2015) in Limerick City this week on Wednesday and Thursday August 12 and 13. It is ISSTA’s mission to foster collaboration and disseminate the work of artists, musicians, researchers and practitioners at home and abroad. The membership of ISSTA includes Irish citizens and international visitors living and working in Ireland. International practitioners working abroad also join at ISSTC 2015, with the hope that cross-­border collaborations may form.

ISSTC 2015 is a special event, neither a conference nor a festival, but both. Paper sessions, workshops, concerts and sound art come together to make up the Convocation. The first Convocation was held in Limerick in 2011. Then it travelled to Cork, Dun Laoghaire and Maynooth before returning to Limerick this year. Its return inspired the theme of the conference, Resonance & Recapitulation: Echo of A Renaissance, capitalising on Limerick City’s artistic rebirth.

ISSTA are very excited to offer paper sessions, held at Dance Limerick, St. John’s Church, John’s Square, Limerick. ISSTA are especially happy to have Ximena Alarcón and Miller Puckette as keynotes this year. Alarcón is a fascinating sound artist originally from Mexico, living and working in the UK. Puckette created two of the most widely used music programming software in the world, Max and Pd. They will be talking about their most recent projects including sound and technology.

ISSTA featured workshop is offered by Richard Duckworth, from Trinity College. He will be demonstrating mic’ing techniques with contact microphones and piezo electronics.

Papers, workshops, concerts and a reception are all included in registration forthe event. Details, schedules and a link to registration can be found on issta.ie. Concert and art, however, are open to the public.

Art works will be installed in Ormston House and Limerick Printmakers, by artists from Ireland and abroad. The art will be available Wednesday through Friday, and will be free admission to the public. Some familiar names will be showing, such as Steve McCourt, Enda Bates and Kate Fahey, and other collaborations and artists from abroad.

Concerts are being held both Wednesday and Thursday night. These concerts are also open to the public, but €10 at the door if you’re not registered for the event. Alarcón will present a work, as will other composers such as Brian Connolly, Stephen Roddy, Rosalia Soria Luz, and others. ISSTA will be ending the Convocation with a special performance by Kevin Logan, DJ Pedagog.

Every year, this two day event is packed with so many connections between sound and science or technology, artists meeting researchers, musicians and artists collaborating, and exchange of knowledge and work between a diverse and engaging crowd. ISSTA expect no different this year, and hope to see the people of Limerick City coming to see what Ireland and the world has to offer.

More details can be found on the ISSTA website here.