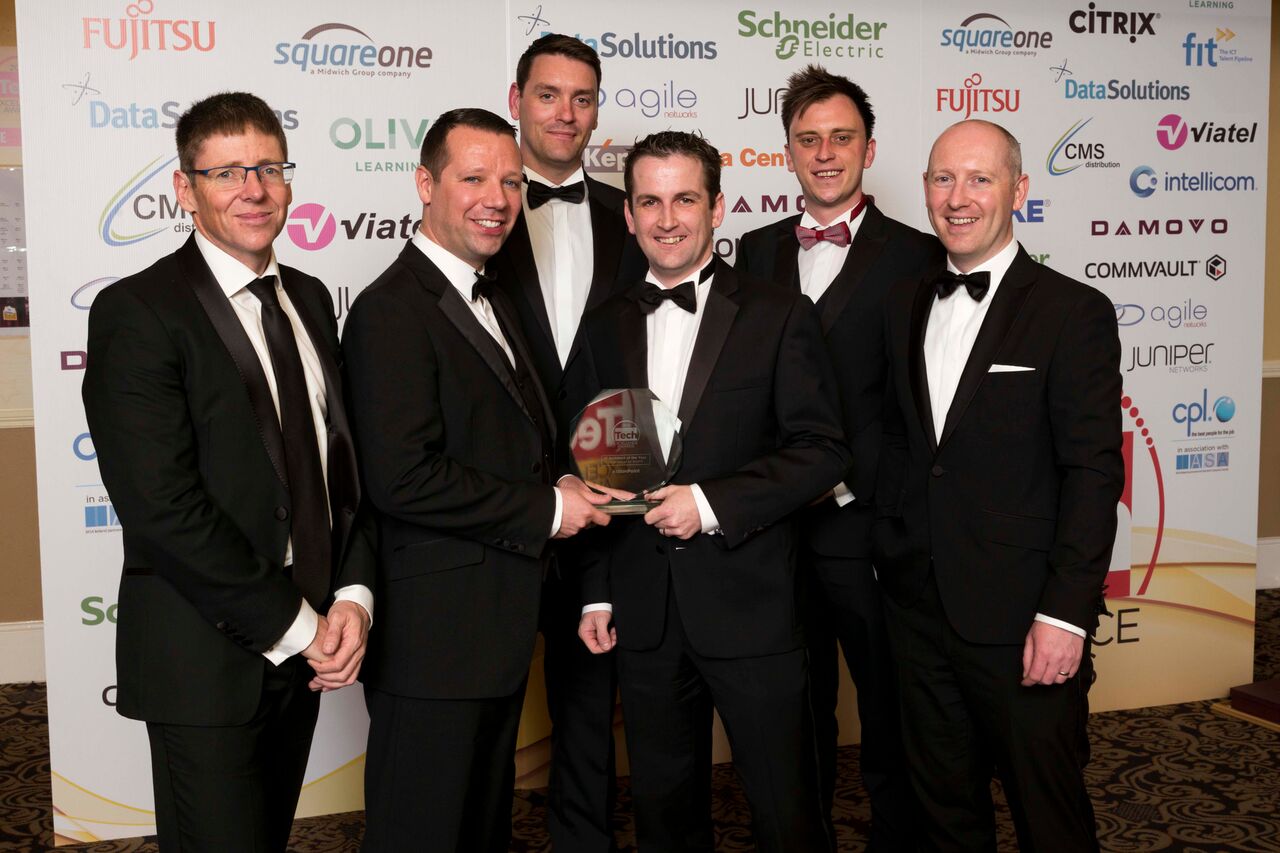 Ivan O’Connor, , Keith O’Connor, Karl Dowling, John Savage, Peter Hunt & Finian Nally after winning the title of IT Architect of the Year 2018 at the Tech Excellence Awards which took place at Citywest Hotel on Thursday the 21st of May.

Limerick-based technology firm ActionPoint, which employs almost 90 IT and software staff nationally, took home the title of IT Architect of the Year 2018 at the Tech Excellence Awards which took place at Citywest Hotel on Thursday the 21st of May. The winning project was undertaken on behalf of the Department of Foreign Affairs & Trade and has to date reduced passport processing times for hundreds of thousands of Irish citizens, as well as making significant financial savings for the Irish taxpayer.

The IT Architect of the Year 2018 winning passport renewal system was delivered by ActionPoint after an intensive user-centric design thinking process where the team worked directly with Irish citizens aged 18-80 to better understand their needs. This focus on user experience (UX) has been attributed to the rapid adoption of the system with an average uptake of 42% far outstripping the target of 30% set out in the project brief.

Photo Head of Operation & Service CPL, Keith O’Connor and CTO, John Savage after taking home IT Architect of the Year 2018.

The system which went live in March 2017 has removed significant roadblocks in the processing of passports. Application turnaround time (at peak) has been reduced by 5 days or 42% from 12 to 7 days for adults within the state. Furthermore, the processing efficiency for online applications is now 3 times faster than the traditional paper application channel.

Another significant result has been the 77% reduction in turnaround time for Irish diaspora abroad seeking passports. The then Minister for Foreign Affairs and Trade Charlie Flanagan TD said the system was “one of the most significant improvements in public customer experience.

Speaking about ActionPoint’s IT Architect of the Year 2018 award, John Savage said, “The passport renewals systems are nothing but a technical marvel; to securely manage citizen’s data while delivering a highly responsive customer experience is a huge credit to the dedicated, talented and technically brilliant team we have at ActionPoint. This award is great recognition for all their efforts”.

Related Topics:actionpointIT Architect of the Year 2018
Up Next