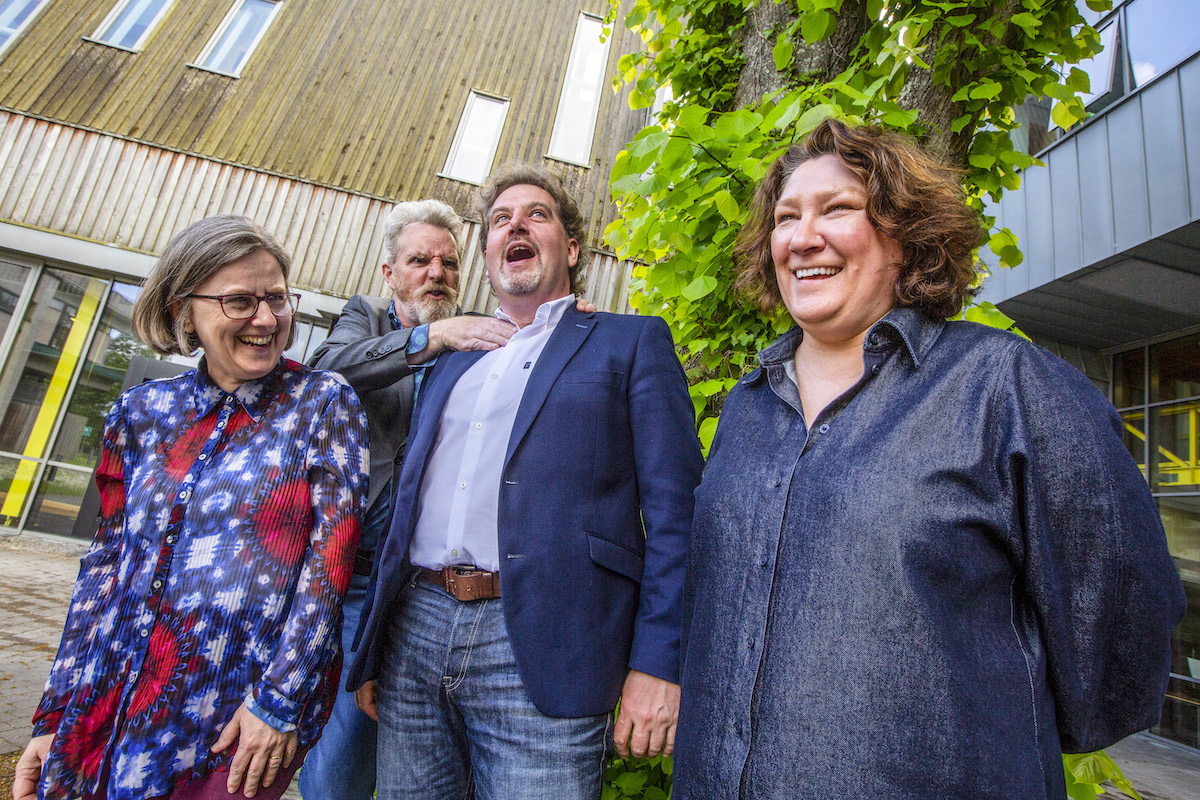 Jack And The Beanstalk 2022 – Mike Finn returns to the genre with a sparkling story full of magic and surprises. Picture: Ken Coleman

Written by Mike Finn, Directed by Michael Finneran, with the voice of Pat Shortt as the giant

Christmas without a panto is like Summer without ice cream, Easter without eggs or Halloween without witches. For its inaugural homegrown panto the folks at the Lime Tree Theatre have chosen the evergreen Jack and The Beanstalk pantoto light up the stage this Christmas.

Lime Tree Theatre officially opened back in October 2012 and they are delighted to be celebrating our 10th anniversary this year. As part of these celebrations writer Mike Finn and director Mike Finneran have joined the team to bring a brand new pantomime to the stage of the Lime Tree this December.

The Jack And The Beanstalk 2022 is their most ambitious project yet with 32 shows scheduled with a professional Limerick cast, with plenty of familiar faces!

Louise Donlon, Director of Lime Tree Theatre | Belltable said,  “it is hugely exciting to be returning to presenting big, home grown shows like the annual pantomime, in our 10th anniversary year. The show will feature a whole new cast recruited from within the large and enormously talented pool of performers in Limerick and its environs. Open auditions will take place in the early autumn – subscribe to our newsletter to be sure you hear all about that when the time comes!”

What with Brexit, inflation and not being allowed to sell turf, Jack and Jack’s mammy find themselves financially embarrassed. There’s nothing for it but to sell their only cow, Milky White. When Jack swops the bovine beauty for a handful of beans, mammy is furious, but when a beanstalk taller than Paul O’Connell appears in their garden, the adventures are only starting. Will the end justify the beans? Find out at the Lime Tree this December.

With fifteen previous panto scripts to his credit, Mike Finn returns to the genre with a sparkling story full of magic and surprises while Michael Finneran directs an all-star local cast in an all-singing, all-dancing extravaganza for the entire family.

What is a signed performance?

Signed performances are aimed at people who are Deaf or Hearing Impaired. A trained describer will stand to one side of the stage on Sunday, 18th December at the 2.30pm performance to interpret the script for audiences.

What is a relaxed performance?

A relaxed performance is where the ambience of the auditorium and theatre ‘rules’ are relaxed. The performance on Friday, 30th December will be ideal for people with additional needs including those who have ASD or anyone who would benefit from a more relaxed environment. Please be aware the performance will have:

– Soft lighting in the auditorium throughout the show.

– The band volume will be at a lower level than normal throughout this performance.

– A ‘chill-out’ room where you and the people you come with can go to if they need quiet time during the show.

For other panto stories go HERE

Related Topics:Jack And The Bean stalkthe lime tree theatre
Up Next