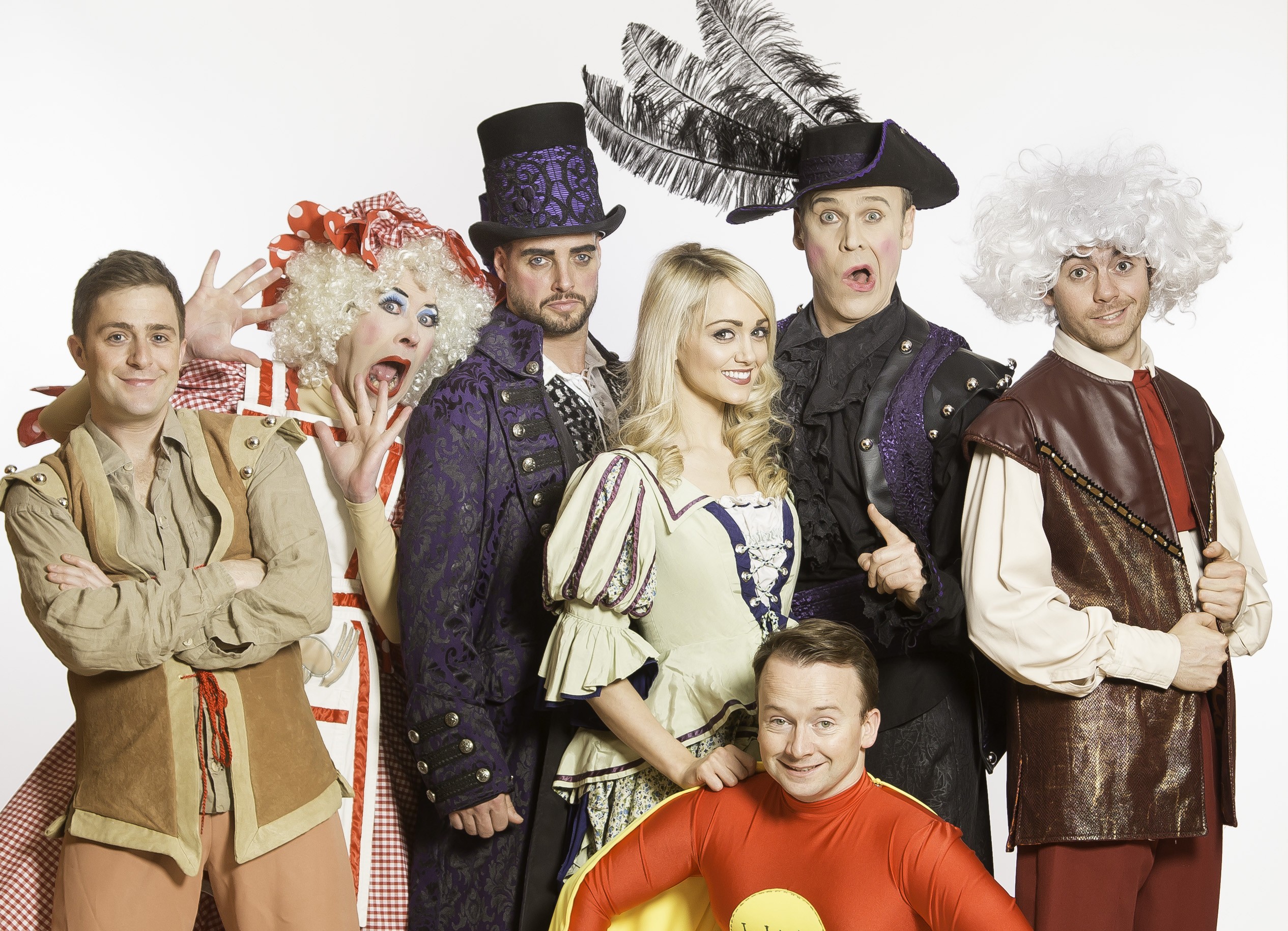 Keith Duffy joins Jack and the Beanstalk at UCH

Pictured above: Members of the cast in rehearsal for JACK AND THE BEANSTALK , University Concert Hall , Limerick from December 16th until January 4th. Tickets from €16.50 at the UCH Box Office on 061 331549 or www.uch.ie Photo: Anthony Woods

Jack and the Beanstalk

University Concert Hall, Limerick and producer Robert C Kelly are delighted to announce that Boyzone’s Keith Duffy will star in this year’s Panto, Jack & The Beanstalk. Taking on the role of the Baddie, Keith joins the already high profile cast.

Keith Duffy’s career began as part of one of Ireland’s most successful pop acts Boyzone. Alongside his work with the band, Keith presented a number of television shows and has been an active patron of Irish Autism Action for several years. As an actor Keith has appeared in the role of Ciaran McCarthy in Coronation Street, in The Clinic, Fair City and Love Hate for RTÉ, the BBC comedy Be More Ethnic and BBC’s Death in Paradise. Most recently he appeared in ITV’s The Job Lot. On stage Keith has appeared in Dandelions at the Olympia Theatre and in Druid Theatre Company’s nationwide tour of John B Keane’s Big Maggie . He most recently appeared in Billy Roche’s A Handful of Stars for Theatre 503 and in the West End transfer at Trafalgar Studios.

“I’m very excited to be heading to University Concert Hall for Jack & The Beanstalk. This will be my first time in Panto at home in Ireland and I’ve heard great things about this one in Limerick so I look forward to getting into the rehearsal room and getting started. It’s an added bonus to be playing the Baddie – I can have great fun with that!” Keith Duffy

The role of Dame shall now be played by Limerick Panto veteran Myles Breen who has appeared for the past two years at UCH as the Emperor in Aladdin and hilarious Ugly sister, Tulisa, in Cinderella. Fair City’s “Mondo”, George McMahon, stars as Jack, while Voice of Ireland and Celebrity Bainisteoir contestant Richie Hayes takes on the role of Unbelievable Man. Leanne Moore as Jill, Richard Lynch as Fleshcreep complete the cast.

“I’m honoured to be asked to play the role of Dame in Jack and the Beanstalk. It is fantastic for me to finish Limerick’s City of Culture year at home, in Ireland’s starriest pantomime and in a professional production of this standard. 2014 has been a fantastic year for Limerick and for me, I’ve enjoyed every minute of it and now I’m delighted to be ending it with a bang” Myles Breen

Keith Duffy as Lord Flatulaun’t & Richard Lynch as Rupert in rehearsal for JACK AND THE BEANSTALK. Photo: Anthony Woods

This December University Concert Hall will also be staging a Sensory Friendly performance, which has been adapted for children with special needs. Lower music, brighter lights and an absence of sudden noise or banging are just some of the changes that will make the matinee performance on Sunday 21st December more accessible for some families.

Described as “Magical”, “Fabulous”, “Memorable” and “So, So Funny”, with the biggest show-biz names, glitziest costumes, all the year’s rockin’ tunes and more laughs than you may be able to handle, it would be wise to book early as tickets are already selling fast for this GIANT of a panto. With limited availability at some performances, you have BEAN warned! Fi, Fi, Fo, Fum….We smell the magic of another great Christmas! Or that might just be the beans…..!!

Jack & The Beanstalk runs at University Concert Hall, Limerick from December 16th until January 4th. Tickets from €16.50 at the UCH Box Office on 061 331549 or www.uch.ie

Photos by Oisin mcHugh for I Love Limerick 2014. All Rights Reserved.

Photos by Jonathan Baynes for I Love Limerick 2014. All Rights Reserved.