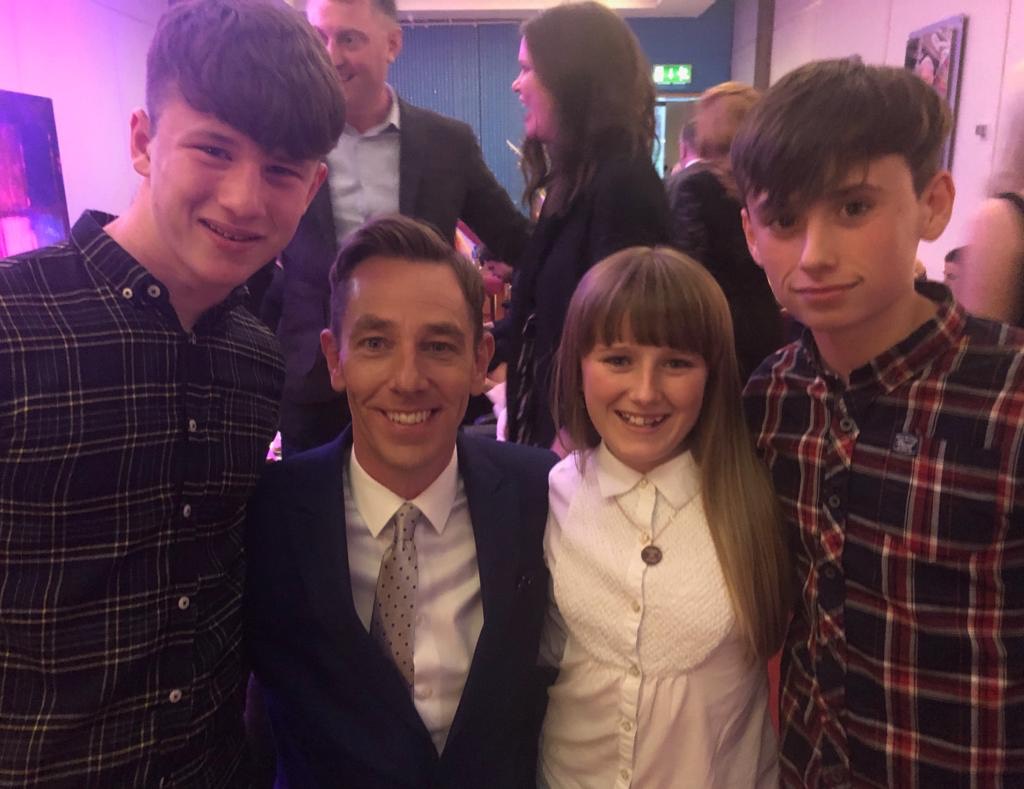 Jack Lynch (14), son of the murdered Limerick businessman Jason Corbett (39) posted an emotional cover version of the song  ‘Dancing in the Sky’ on YouTube in memory of his late parents.

Jack Lynch is a very talented singer, musician and rugby player. He posted the video as a Christmas tribute to his father Jason and also in remembrance of his late mother, Margaret ‘Mags’ Fitzpatrick.

Encouragement and appreciation flooded the comments on Jack Lynch’s video. Thousands of people were touched by the cover of the Dani and Lizzy Nelson song.

“This is dedicated to my Mam and Dad, Mags and Jason Corbett, and to anybody out there who has lost a parent,” he wrote in the video description.

Tracey Lynch, Jason Corbett’s sister, and Jack’s guardian, said: “It’s been a very positive experience for Jack. There was no planning, it’s Christmas time, a time for family, the tree was decorated by the four kids together. It was just spur of the moment. The song resonates with Jack and helps to articulate those feelings inside.”

Talking about the initiative of Jack’s musical cover, Tracey said: “Dave and I feel it is important to allow our children to express themselves and to feel their voice can be heard and not bottle up feelings. Christmas can be a very lonely time and the pain of loss is more acute for us all who have lost a loved one. Jack felt that sharing something might help other kids in his peer group realise they are not alone and that even in the darkest moments there is always hope.”

“It moves me how all our children have bonded and supported each other. The work and effort it takes to create a new life, to hope, to give to that level of self-development at such young ages so they can come to terms with life in all its horror but also its beauty just makes me so very proud of all four of our children.” she continued.

Jack Lynch and Tracey Lynch pictured in Kilkee during this past Summer.

The talented young man is a keen music lover and regularly performs and composes material.

The young Lynch suffered from the death of his mother at the age of two, due to an asthma attack in 2006. The death of his father then followed in 2015 when he was brutally murdered in North Carolina, USA.

In August 2015, Jason Corbett, the father-of-two and Janesboro native was violently beaten to death in the bedroom of his home in Wallburg, North Carolina.

Jason’ s second wife Molly Martens, along with her father, was found guilty of murder and sentenced to life in prison. Martens and her father claimed they were acting in self-defence. They are now serving a 20-25 year sentence after being convicted of second-degree murder in August 2017.

Jason Corbett’s children and his sister Sarah Corbett returned to Ireland in August 2015 after being placed under the guardianship of Jason’s sister Tracey Lynch and her husband, David Lynch, after a custody battle in the US.

Tracey Lynch shared the video on her Facebook page and she showed appreciation to the praises: “I really would like to thank everyone for their good wishes and lovely comments, it has given Jack confidence to know the response is so positive.”