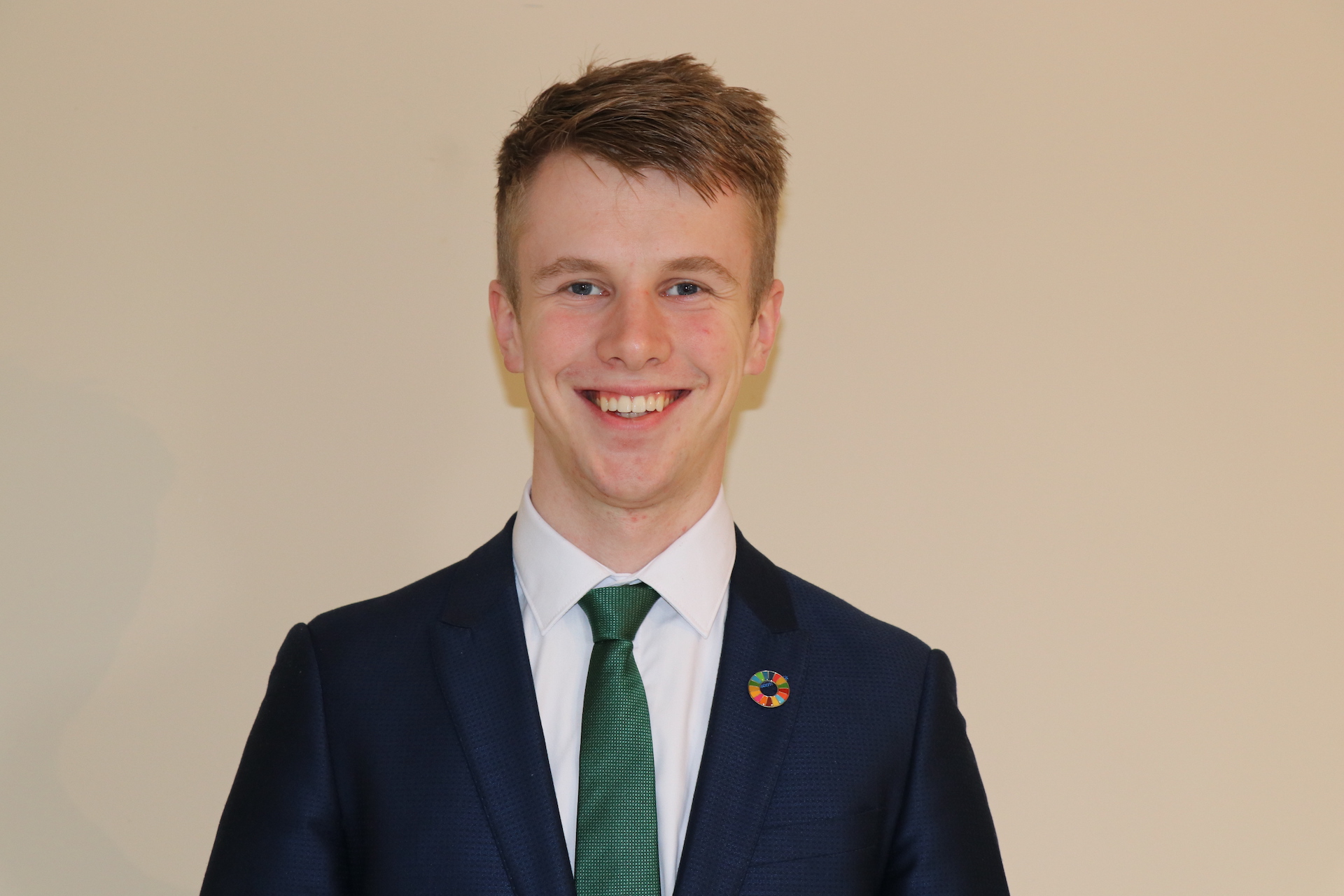 Jack O Connor, a current UL undergraduate from Kilcolman in west Limerick, has been shortlisted for the Ten Outstanding Young Persons of the World (TOYP) Award by Junior Chamber International – which includes John F. Kennedy as one of its past winners. Having attended Desmond College in Newcastle West, Jack is one of two Irish people shortlisted, with the winners travelling to the JCI World Congress in Japan to accept their award.

At the age of thirteen, Jack O Connor volunteered with his father through fundraising to support Milford Hospice, and became actively involved in voluntary projects of all kinds in secondary school. He led four projects on different subjects to the BT Young Scientist and Technology Exhibition. The last project, entered in 2017, has evolved into a world-renowned social enterprise startup. Called Moyo Nua, ‘New Life’, the project aims towards improving the living standards of smallholder farmers in Africa, by reducing labour intensity and generating employment. Jack’s leadership has taken the project worldwide: featuring on Forbes, winning the WTCA student enterprise world cup, and placing in the top 0.16% in a project pool of over 75,000 projects for the Hult Prize.

Jack currently serves as the United Nations Youth Delegate for Ireland. When he attended the UN General Assembly in 2019, he gave a speech on mental health and suicide prevention with the Hungarian Ambassador, World Health Organization and UNICEF after suffering stress-induced burnout the previous summer.

Jack said, “It’s an immense honour to be shortlisted for such a prestigious award – words can’t fully describe how great it is! As always, I cannot thank everybody enough for the endless support shown, especially over the past year.”

The JCI Ten Outstanding Young Persons of the World (JCI TOYP) program honors ten outstanding young people under the age of 40 each year. These individuals exemplify the spirit of the JCI Mission and provide extraordinary service to their communities. Whether through service, innovation, determination or revolutionary thinking, these young active citizens create positive impacts on a local and global level. These ten young active citizens will be honored during the 2020 JCI World Congress.

The final round of the TOYP Award includes an online vote section, and Jack needs your vote to help him secure his place in the Top Ten. Voting closes on Monday, June 22, and if you want to support Jack you simply go to https://toyp.jci.cc, click on his tile, and click the ‘like’ button under his name.

For more stories on awards in Limerick, click here