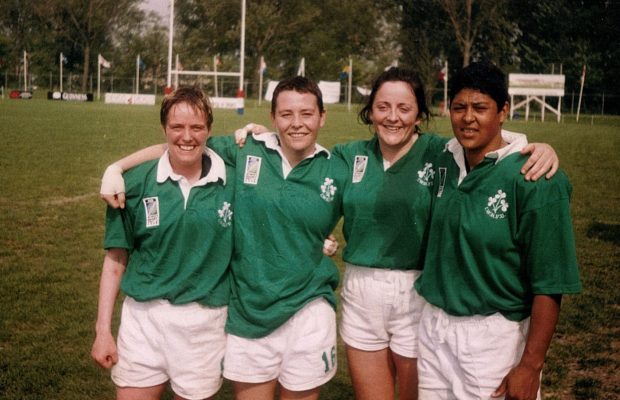 Jackie McCarthy O’Brien, far right, pictured with her Ireland Women’s teammates Gráinne Cross, Sineád Cosgrove, and Jean O’Gorman after their victory over Denmark at the WRWC

Jackie McCarthy O’Brien is a Limerick woman who possesses the rare ability to be able to say she has played both rugby and football for Ireland and is the perfect candidate to represent Limerick in the ‘Ireland’s Ball’ Vodafone advert campaign which tells a story about one sports representative of each of the 32 counties.

Regardless of who we are, where we’re from or what our background is, when it comes to Irish rugby, we all belong in the Team Of Us. To celebrate this, Vodafone created a unique rugby ball with a bespoke grip containing the fingerprints of 32 different people from every county in Ireland, symbolising our connection to each other and to Irish rugby.

Born in Birmingham to a Jamaican father and Limerick’s mother, at only six months old Jackie returned to Kileely, Limerick with her mother where she was to grow up. 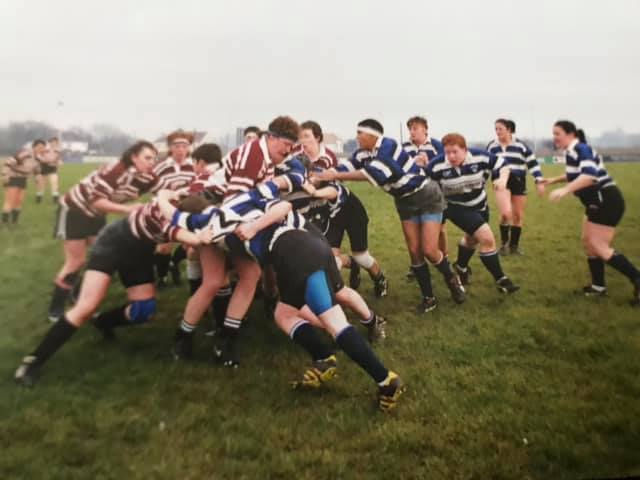 Jackie in action on the playing field

It was here, Jackie’s mother met and married Mickey O’Brien who became a father to Jackie and together they set up a grocery store.

Mickey came from a sporting background having won an All-Ireland in handball and seen sport as an opportunity for Jackie to mix with others.

Jackie said, “In 1961 being a black child in Limerick, you kind of stuck out like a sore thumb”.

“Getting on a pitch, putting on a pair of boots, that shy little black kid was gone”.

Soccer became Jackies first love and following the advice from a special teacher of hers named Rita Spring, of St Munchin’s Girls School in Ballynanty, she went on to play for Ireland winning 13 international caps with the Rep of Ireland women’s senior soccer side which she dedicated to her.

Jackie said, “It was always an ambition to play rugby but there wasn’t a women’s rugby team around when I was younger so I came to it later in life”. 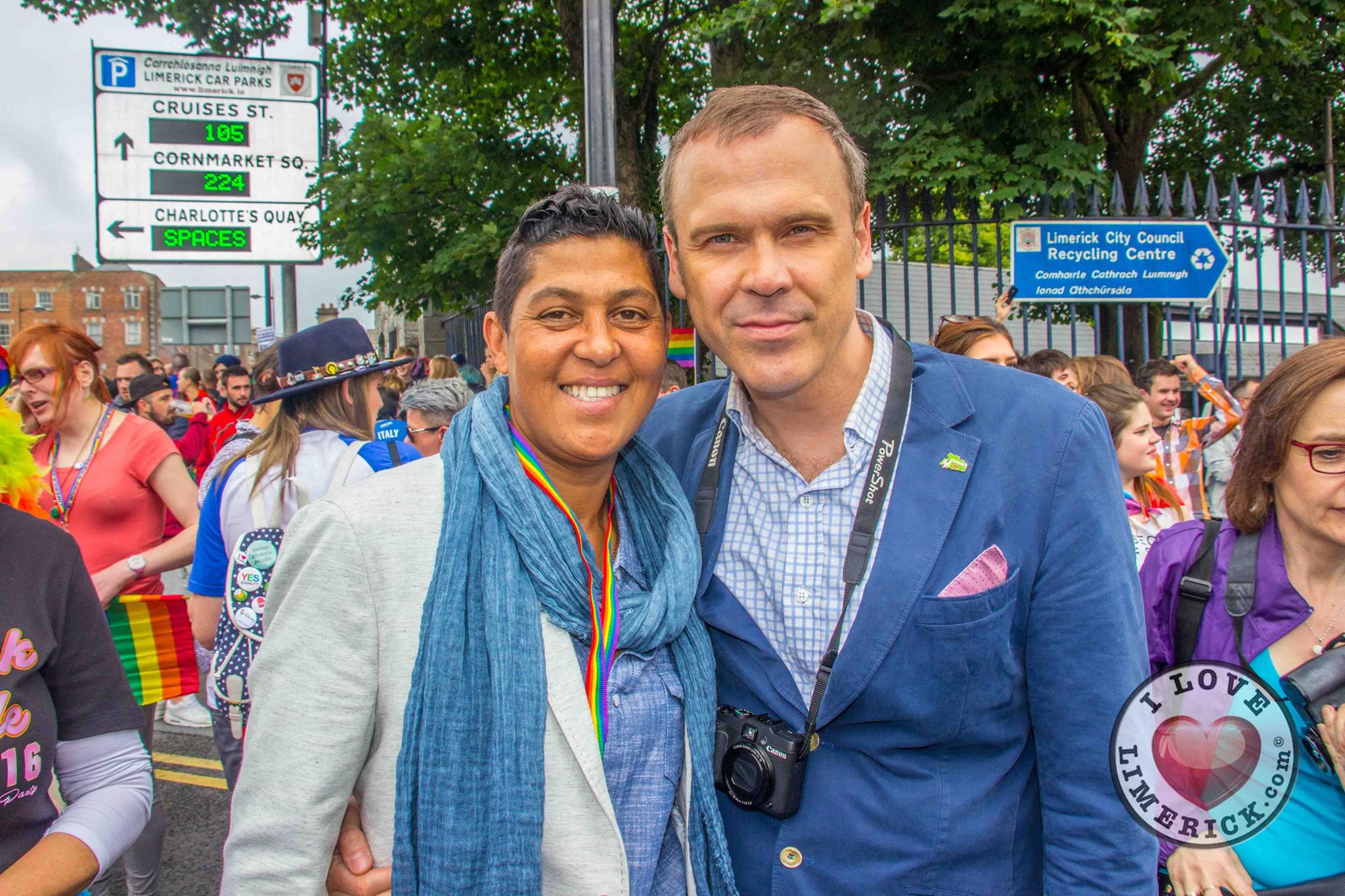 Jackie pictured with Richard Lynch at the Limerick Pride Parade

During her career, Jackie has achieved a number of monumental achievements including playing four rugby seasons, the European Championships over two weeks in Nice and score a try against the Netherlands in the 1998 World Cup.

She even made an appearance on ‘The Late Late Show’.

Jackie McCarthy O Brien said, “For some of us sport is a way of life, it became a way of life for me that sense of belonging it becomes a closer- and closer-knit family and just grows and grows from there”.

For more information on the ‘Ireland’s Ball’ campaign click here.