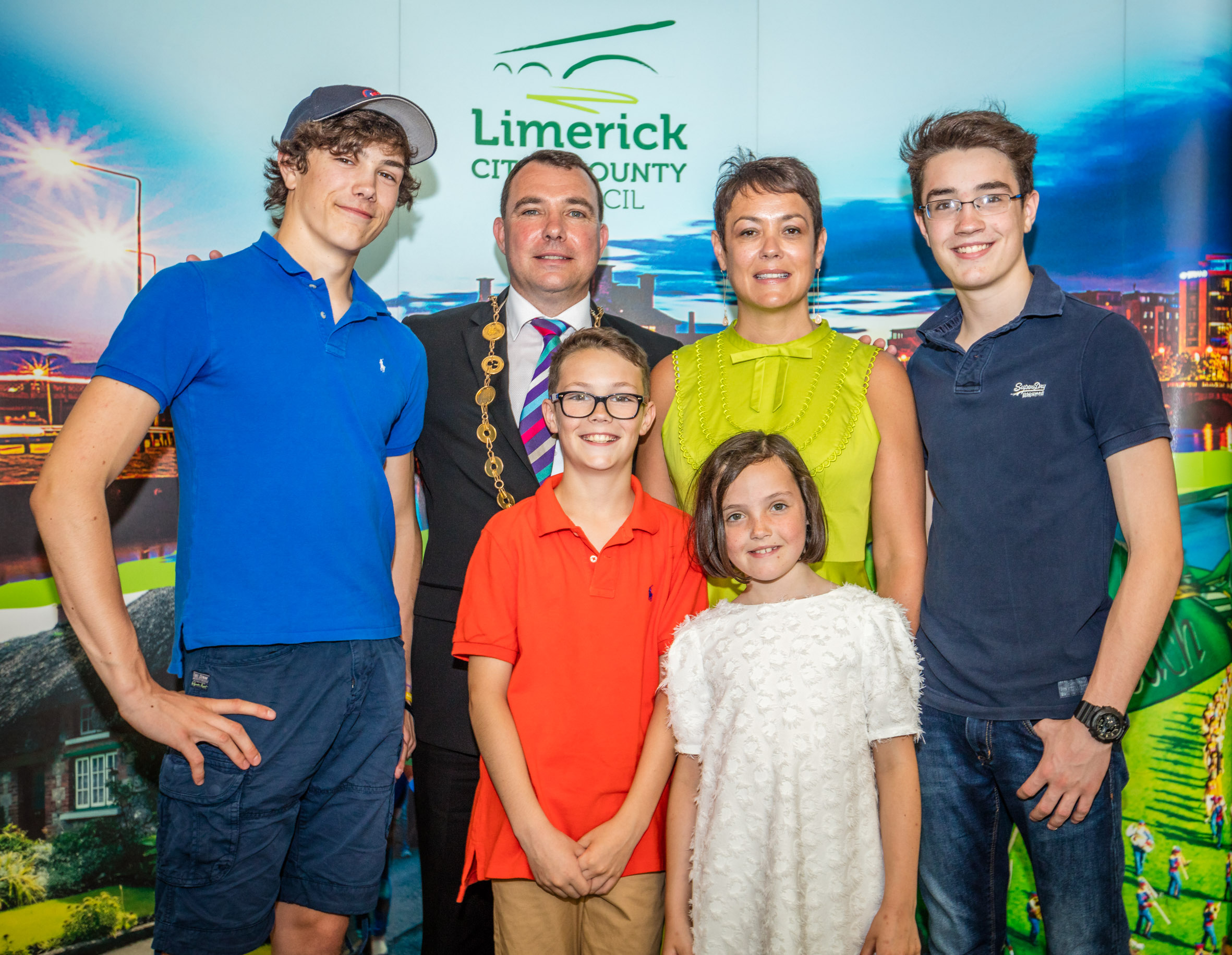 Fianna Fail’s James Collins has been elected the new Mayor of the City and County of Limerick. The newly elected Mayor was proposed by party colleague Michael Collins and seconded by another party colleague Kieran O’Hanlon.

In a packed council chamber in Dooradoyle, family, and friends of Cllr. Collins gathered in expectation ahead of the election.

Outgoing Mayor, Cllr Stephen Keary said his year was one of the greatest opportunities in his life and said he championed various issues throughout the past 12 months including the promotion of Limerick as a place to invest, the inclusion of groups not always involved in society and championing volunteerism.

Cllr Elena Secas (LAB) was proposed for the position of Mayor by her party colleague Joe Leddin and seconded by Sinn Fein’s Malachy McCreesh. Cllr Collins was elected by a 27 to 8 majority to become the fifth person to be elected as Mayor of the City and County of Limerick since the amalgamation of the two Limerick authorities.

In his winning address, Mayor James Collins said, “It’s a great honour to be elected Mayor, I never imagined that someday I would be elected.  I will do my best to represent both city and county.  There are many issues I would like to concentrate on, including education, which is one of the key reasons for the success of Limerick in recent years, employment, housing, transport and many community and arts and culture groups…The environment is a key issue as is crime and safety of our communities.”

The election of the Mayor of the City and County of Limerick is the culmination of a week of annual meetings of the metropolitan and municipal districts in Limerick.

For more stories on the Limerick City and County Council go here.