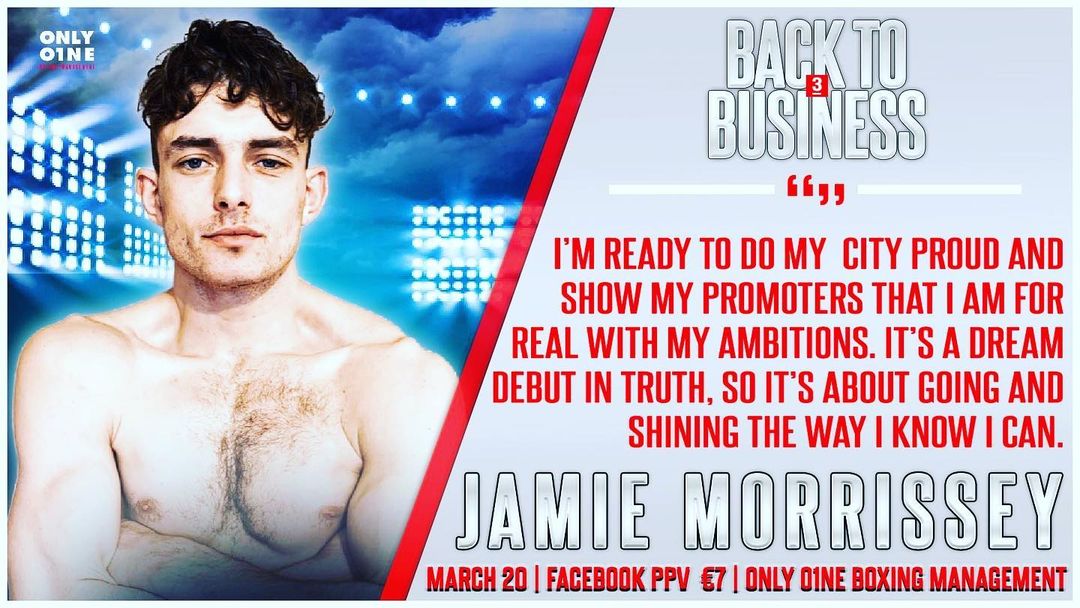 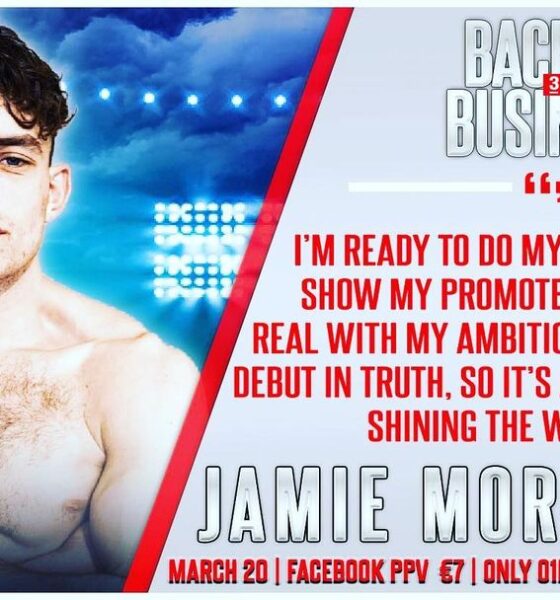 The former Irish Muay Thai middleweight champion has recently swapped codes in pursuit of a boxing career back in December 2020, signing a contract with Boxing Ireland.

Morrissey won the ISKA Pro Irish middleweight title in August 2019 and has most recently been developing his boxing career.

The Dooradoyle man has been working alongside coach Shaun Kelly and is now more than ready for his upcoming fight.

Excited about this one. pic.twitter.com/wsav3Kruv5

Morrissey has previously spoken to Irish-boxing.com and has argued that his previous fighting experience with Muay Thai has taught him elements of fighting that other early professional boxers do not have yet, “I tell you where my advantages come in…… I am no stranger to pressure. No matter what kind of fights or situations Boxing Ireland put me in my first four or five fights, it’s nothing compared to the pressure of being over in The Strand Hotel defending my Irish title in front of the whole city – and I mean the whole city in terms of my demographic.”

Morrissey has more recently spoken about his upcoming fight to Back to Business 3 saying, “I’m ready to do my city proud and show my promoters that I am for real with my ambitions. It’s a dream debut in truth, so it’s about going and shining the way I can.”

All of us at I Love Limerick wish Jamie the best of luck with his upcoming pro boxing debut fight.

Related Topics:boxingJamie Morrissey
Up Next