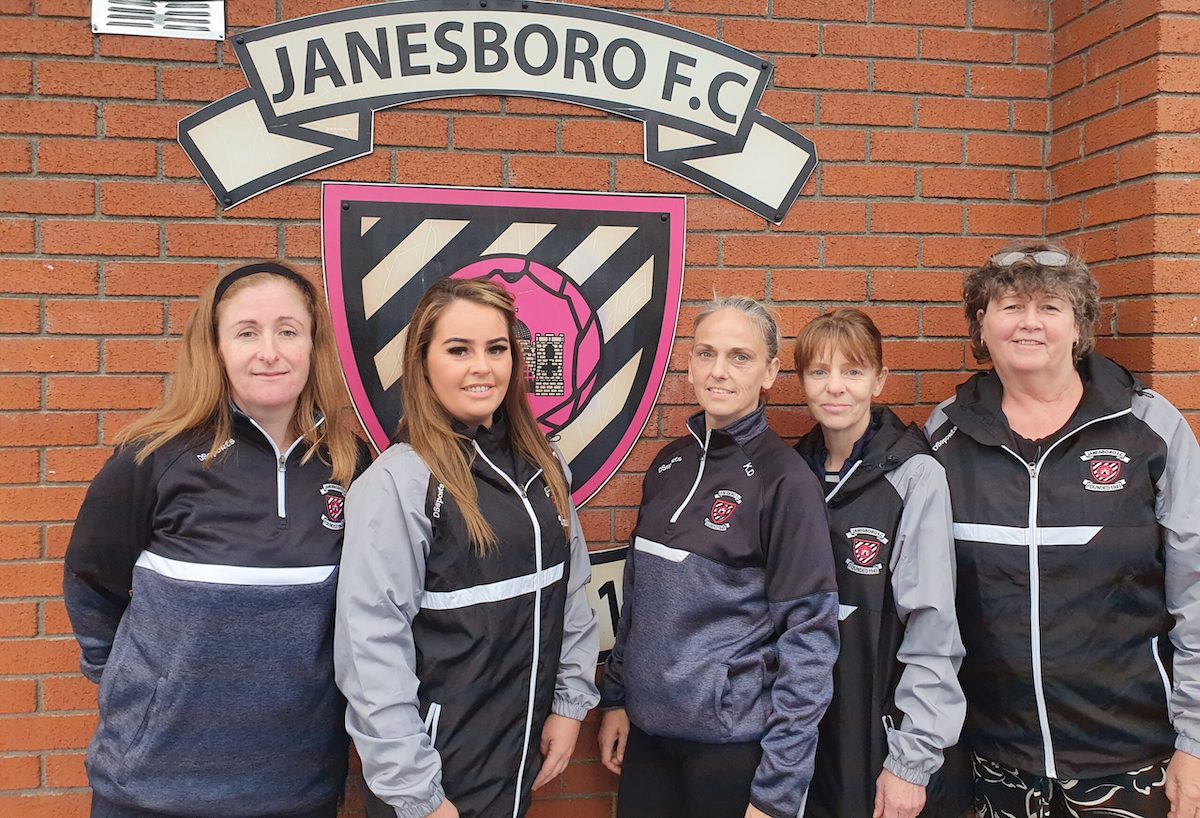 Janesboro FC invite women of all ages to join the club, for the first few months while the team sets out to establish themselves, they will be doing basic training in hopes enough people take part to form a panel.

Janesboro FC invites women of all ages to join their soccer team.

Sarah Kiely, a Fine Gael councillor for Limerick City East, attended the open day last weekend and expressed delight that the club is becoming more modern in moving with the times as it looks to get more women involved in local sport.

A woman living locally had been waiting for the club to take this step for over 20 years and believes it is a great idea, explained Cllr Kiely.

Janesboro FC broadening their horizons to the idea of a women’s team is the right call as they have excellent facilities which all those interested in soccer should try and take advantage of.

The idea first came to fruition when the soccer club held an event during the summer for Play with Pride, an event organised by Lisa Daly and Cllr Sarah Kiely as part of the Limerick Pride Festival 2022 which was to promote unity in the community and highlight the importance of inclusion and diversity in soccer.

After that event, Cllr Kiely approached the club with the idea of having a ladies’ soccer team in the club. The committee were more than happy to entertain this and after a few meetings, they decided to make a go of it.

A selection of ladies from Limerick played against Ennis team ‘The Soccer Sisters’ at Pearse Stadium and it went down a treat for all involved.

Cllr Sarah Kiely said, “Often teenage girls drop out of sport and we at the club want to provide a space for them to come and try social soccer with no pressure. Ladies of all ages are also invited to come and try.”

For the first few months, while the team sets out to establish themselves, they will be doing basic training in hopes enough people take part to form a panel.

Sarah said how many parents and guardians were enquiring about children’s soccer also. The club is also looking to recruit more underage soccer stars. There is a team for everyone in Janesboro FC so make sure to get in touch and find out more.

For more information on the club, go HERE

Related Topics:Janesboro FC
Up Next