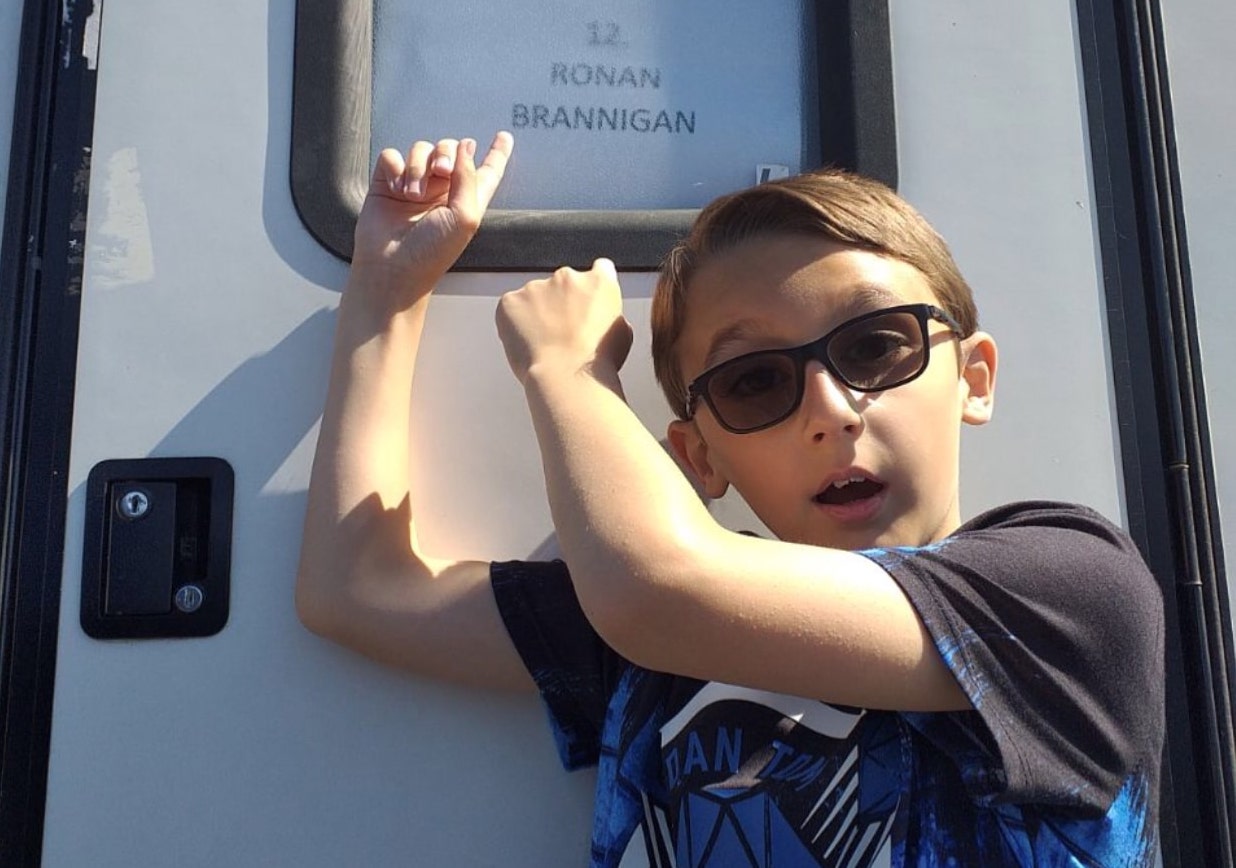 Jared has been an actor with Nigel Mercier’s Limerick School of Acting for a number of years and was delighted after his successful audition for the show.

The talented young Limerick boy is currently in fourth class in St Brigids N.S on Singland Road, who has been a fantastic support.

Jared has been an actor with Nigel Mercier’s Limerick School of Acting for a number of years and was delighted when he successfully auditioned with casting director Maureen Hughes for the role.

“Jared had a great time on set. He had his own PA, who got him anything he needed, which he thought was really funny. He had a few days with wardrobe and hair and makeup, and then spent a few days filming in Limerick and Clare,” Audrey McNamara, Jared’s mother, explained to I Love Limerick.

Jared shared the Green Room with Angeline Ball, who plays DS Emer Berry, who Audrey described as being incredibly lovely. His on-screen parents, Siobhain and Fionn, played by Sophie Jo Wasson and Peter Coonan, were also extremely kind to the young actor.

“Peter was a delight, always high-fiving Jared and cracking jokes, the whole team was so pleasant,” Audrey said.

“On the last day of shooting when he was finished, he was brought back onto the set where he was cheered and everyone gave him their best wishes. It was sad for it to end. He could understand why film crews could be like family after living with these people for months. He felt it, and it was only a week. That’s how kind the team was working on the set, they were truly amazing and it shows because Hidden Assets looks outstanding and shows the beauty of Limerick,” Audrey added.

A routine raid by the Irish Criminal Assets Bureau turns up diamonds that are linked to a series of bombings in Belgium.

The six-part Irish/Belgian co-production, made in association with Screen Ireland and Screen Flanders, RTÉ and AMC Networks’ Acorn TV, is written by Peter McKenna and Morna Regan and stars Angeline Ball along with Wouter Hendrickx, Simone Kirby, and Peter Coonan.

Paul C. Ryan, Regional Film Manager at Film in Limerick said, “We’re delighted to have Saffron Moon choose the Mid-West to film their new series Hidden Assets. The production is one of several that are currently filming in the region and it’s fantastic to see the film & TV sector grow locally, providing jobs on set and economic benefit for local business.”

Producer Siobhan Bourke said, “It’s great to bring the Hidden Assets production to Limerick and Clare and to have the support of the local councils and Film in Limerick to make it all a reality. Filming this series in the Mid-West has brought a fresh dimension to the project – we are used to seeing most shows filmed in Dublin – and to have this filmed and set in Clare and Limerick City is really exciting. We are delighted with the response and welcome we have received in the region.”

Hidden Assets airs every Sunday on RTÉ1 at 9.30 pm and is also available to watch on the RTÉ Player.

The Limerick actor will be appearing in episodes 2 and 3 of the series, so make sure to keep an eye out for this talented young man!

The Southill Hub Santas Grotto is back for all the family to enjoy!