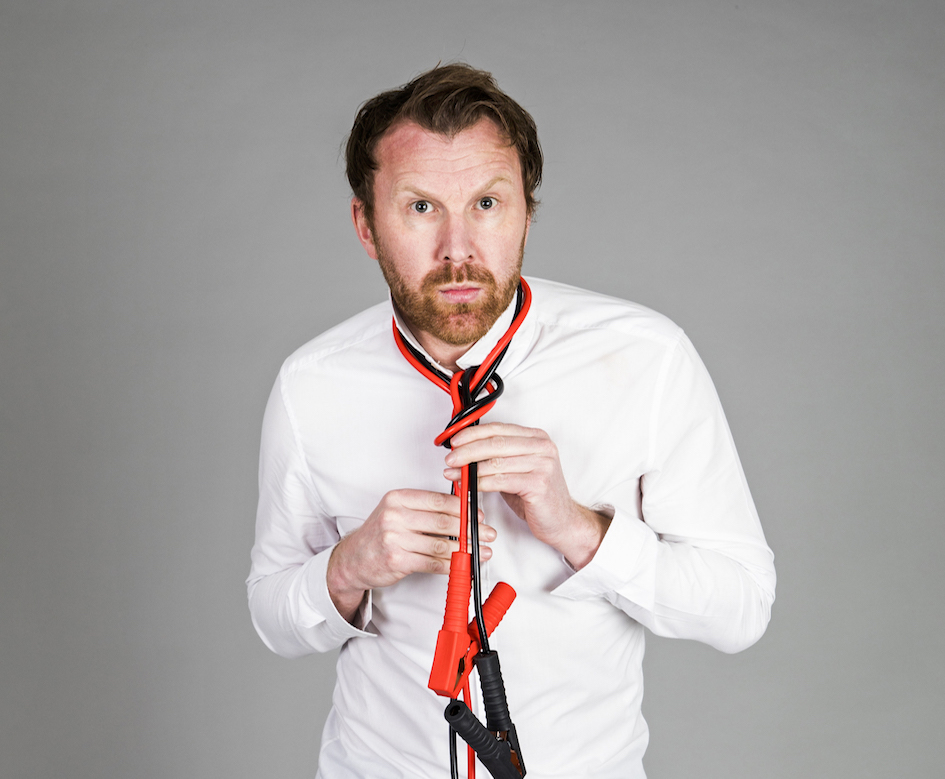 Described by The Times as ‘The Outright King of Live Comedy’, Jason’s new show ‘You Can Come In, But Don’t Start Anything’, one of the most exciting live comedy performers in the world returns to the Limerick stage.

The biggest selling comedian at the Edinburgh Fringe Festival, Jason Byrne’s inspired, original brand of high-energy intelligent lunacy ensures that there is no other comedian like him and his sell out shows have attracted accolades including the highly coveted Perrier Newcomer Award Nomination and the Perrier Award Nomination.

His television credits include Live at the Apollo (BBC One), Comedy Annual (ITV1), Dave’s One Night Stand (Dave), The Channel 4 Comedy Gala (Channel 4), John Bishop’s Only Joking (Sky One) and Anonymous (RTE2).

Jason’s radio credits include Just A Minute (BBC Radio 4), And The Winner Is…(BBC Radio 2) and of course, Father Figure (BBC2). He has also hosted three series’ of The Jason Byrne Show (BBC Radio 2), for which he won the Sony Radio Gold Award for Best Comedy in 2011.

Announcing Jason Byrne’s Limerick show today, Neil Dolan said: “A Jason Byrne comedy experience is something that is hard to explain to anyone who hasn’t witnessed it. His performances have become legendary on the international comedy circuit.

“We are delighted to welcome him back to Limerick and invite Limerick audiences not to miss the chance to become part of this unique comedy experience”.

For more information on events in Dolans Warehouse, go here.