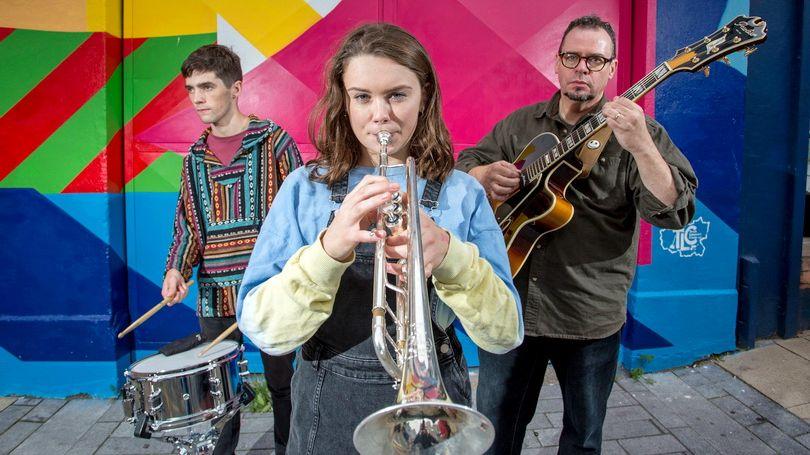 Dolans are delighted once again to act as a supporting venue for the Limerick Jazz Festival 2018 events. The festival, which has been running since 2012, has gone from strength to strength attracting a host of fantastic line-ups from all around the world.

This year’s festival is set to be the biggest yet. It is taking place from September 27th to 30th across the city.

Limerick has one of the most active Jazz scenes in Ireland. Limerick Jazz has been bringing outstanding Jazz performers to the city since the 1980s and the Limerick Jazz Workshop has been providing Jazz Education to the people of Limerick since 2007.

Dolans will be hosting a series of fantastic gigs over the course of the festival.

The band features inspirational pianist Liam Noble, his fluid touch and dazzling imagination perfectly
complementing Siegel’s music and playing, and providing a perfect foil for the many directions the music can turn. With the creative spark of dynamic drummer Gene Calderazzo and the deep groove of bassist Oli Hayhurst dove-tailing perfectly with Siegel and Noble, this is unquestionably one of the UK’s most exciting and powerful quartets.

The Paul Dunlea group will perform Upstairs on Saturday 29th. Although at home in a variety of musical styles, Cork trombonist/composer/arranger Paul Dunlea concentrates primarily on Jazz and Improvisation. This has furthered his reputation as one of Ireland’s most in-demand trombonists.

Dunlea will be joined by an all-star line-up including Paul Booth on Sax, Ryan Quigley on Trumpet, Steve Hamilton on Piano, Michael Janisch on Bass and Alyn Cosker on Drums.

At the Warehouse on Saturday 29th, we welcome the Renegade Brass Band. Hailing from the northern English city of Sheffield, the band combine 8 horns, 2 percussionists, a scratch DJ and live MC, to form a raw brass mixture of Jazz, Hip-Hop and Funk in their unstoppable, high-energy live shows.

Having played packed out gigs at venues around the UK, and alongside artists including De La Soul, Grandmaster Flash, Public Enemy & Busta Rhymes, and at festivals including Glastonbury, Secret Garden Party, Soundwave Croatia & Boomtown, Renegade Brass Band have established themselves as one of the UK’s premiere hip-hop brass band outfit.

Finally, Sunday afternoon will see us celebrate the closing moments of the Limerick Jazz Festival with a Jazz on Sunday Afternoon double bill featuring Jim Doherty and Aoife Doyle.

The word legend is often overused but in the case of Irish jazz musician Jim Doherty it is totally appropriate. Jim has been at the forefront of Irish jazz for over 50 years and has played with some of the greatest names in jazz from all over the world in that time. His longtime partnership with the great guitarist Louis Stewart came to an untimely end in August 2016 when Louis sadly passed away. Jim is a most respected performer arranger and composer and has fronted many bands over the years. Limerick Jazz Festival 2018 will see Jim bring his quintet TENOR MADNESS to Dolans Warehouse which features some of Ireland’s best, names like Richie Buckley Dave Fleming Brendan Doyle Dominic Mullen and of course Jim himself. Be prepared for a hugely entertaining afternoon of high calibre jazz

Aoife is without doubt one of the finest talents in Ireland today, she will be joined by a superb band The Limerick Jazz Quintet who in their own right are some of the best musicians this city has to offer Bryan Meehan Piano, Joe O Callaghan Guitar,  Steve Hanks Sax, Peter Hanagan Bass and John  Daly Drums.

Dolans are proud to be a supporter of Limerick Jazz Festival 2018 events. Tickets for all of our gigs over the course of the festival are on sale now and can be bought via our website www.dolans.ie