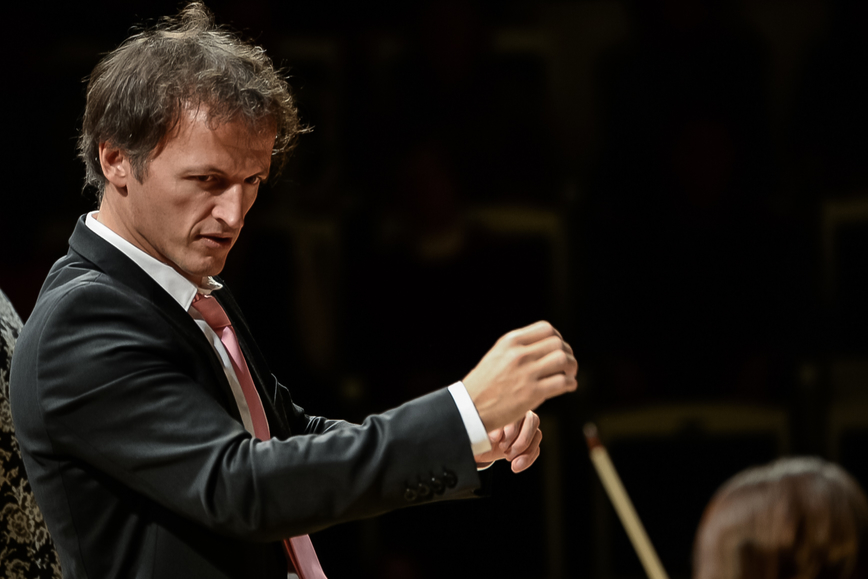 The Irish Chamber Orchestra is under the helm of the flamboyant Corsican conductor Jean Christophe Spinosi who has selected a well-juxtaposed programme which spans the centuries, combining elements from the Baroque, Classic and Modern eras. Spinosi is particularly passionate about sacred and baroque music.

Shostakovich’s dramatic 8th String Quartet is one of the most powerful and personal compositions of the 20th century, dedicated to the victims of war and inspired by the destruction of Dresden.  It conveys a sense of a world falling apart in a hallucinatory slow motion.  Barshai’s arrangement magnifies the inherent tragedy and drama of the music.

From war to peace, Christmas concerti, especially those of the Baroque period, were rich and colourful.  Corelli’s Christmas Concerto was composed for Christmas night Fatto per la notte di Natale.   It was published a year after his death, establishing Corelli’s fame throughout Europe. More recently, this gem featured on the popular soundtrack for the film Master & Commander: The Far Side of the Earth.

Telemann, a late Baroque composer and multi-instrumentalist was remarkably prolific, composing more than 3,000 works.  His charming Concerto in E minor for Flute, Recorder & Bass Continuo is more like a series of small tone poems than a typical Baroque concerto, which keeps its audience both interested and beguiled.  Fiona Kelly and Emma Roche feature on flutes.

Of Haydn’s Paris Symphonies, No. 83, La Poule is a seminal work marking a new level of compositional skills, launching the important cycle of mature symphonies and the aesthetic basis for their extraordinary appeal.  It is light and sensitive in spirit, highlighting Haydn’s humour & ingenuity.  The Irish Chamber Orchestra brims with a palpable energy from the dramatic opening to its rollicking close.