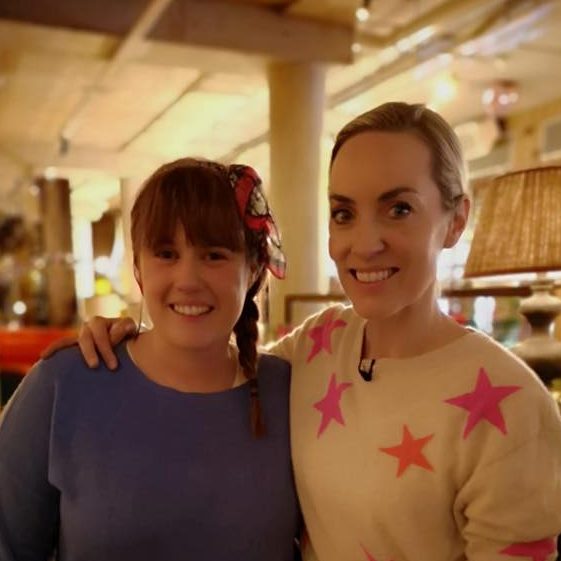 Jean Tierney, one of the leaders of RTE’s Operation Transformation, spoke to presenter Kathryn Thomas about the loss of her five-day-old baby Sloane last year, moving viewers to tears.

Ah Jean, what an amazing person.
What can you say about this woman…. INSPIRATIONAL #OperationTransformation pic.twitter.com/UL34Fk5sU9

RTE’s Operation Transformation saw host Kathryn Thomas in tears last week while listening to Jean Tierney’s heartbreaking story. Viewers from across the country took to Twitter and voiced their support for the Limerick woman, as last week marked the one year anniversary of the loss of her baby girl, named Sloane. Jean, one of the five leaders on the show, revealed how her first pregnancy was ectopic, and following her second pregnancy, her baby Sloane passed away at five-days old. Later that same year, she also suffered a miscarriage.

Jean Tierney is a native of Limerick and lives in Holycross with her fiancé Paddy. Having a fun sense of humour, the couple got engaged on April Fool’s Day, expecting nobody to believe them. Jean works as a Sales and Marketing Manager for nightclub “House” in Limerick and since joining the show, she aims to lose weight and get fit in time for her wedding day.

Jean in the past has also worked heavily with the Cliona’s Foundation, a Limerick-based charity that provides financial assistance directly to parents of children with life-limiting or chronic complex care needs across Ireland. No other charity in Ireland offers financial support solely for non-medical costs which can amount to significant sums. The charity also aims to help with the non-medical expenses related to caring for their child.

Limerick local Jean Tierney was able to shed 3 pounds in just one week on RTE’S Operation Transformation, inspiring viewers across the country.

However, since joining the show Jean has admitted that her major problem is emotional eating. She has no problem walking or doing physical activity, but once she is upset she can’t stop eating, which was especially hard for her on the anniversary of her daughter’s passing. Last week, Jean opened up in front of the show’s host Kathryn Thomas, telling her about her daughter Sloane.  Viewers from around the country voiced their support of Jean on Twitter and Facebook.

After seeing the positive response from viewers on social media, Jean said ‘It’s amazing to have such support from everyone. A lot more people suffer in the same way we did and hopefully, now more conversations can be had between people about these problems. Family members often don’t know how to talk about it with you, but it’s important that people speak and let it out.”

Thirty-one weeks into pregnancy with Sloane, Jean’s scan revealed that there were complications. There was very little fluid around the baby, and her placenta was low. As a result, Jean spent the next two weeks in the hospital.

Originally, doctors believed that Sloane’s difficulties were in her lungs, and decided to organise six specialist doctors from Sweden to bring her to an ECMO clinic via helicopter when she was only three days old.

However, shortly afterwards Jean and her fiancé Paddy were told that Sloane’s veins in her heart were going the wrong way, and her condition was untreatable.  Heartbroken, Paddy and Jean waited for Sloane to arrive back in the country, before being brought by Garda escort back to Limerick Maternity Hospital. Little Sloane was able to spend her final days with her loving parents, Jean and her husband Paddy.

Sloane, whose name means warrior, taught both her parents so much from her struggle to stay alive. The 33-year-old took some time off work along with a day away from all cameras to just be with her husband Paddy on this important anniversary.

Limerick local Jean Tierney continued to inspire on RTE’S Operation Transformation, shedding 3 pounds in one week. She now weighs 14 stone 2 lb. ‘I have so much more confidence in my body and mind’ she says, ‘for a while, I felt like a different person, it’s like you lose a part of yourself. But now I feel transformed and back to the old Jean again”.

Her journey continues next Wednesday night on RTE1. Since joining the show, Jean had received lots of support from viewers tuning in every week to see her fight to lose weight. Over 1500 people turned up to her own Operation Transformation walk at Lough Gur on the first weekend of the show.

For more information about the leaders on Operation Transformation, click here