By Richard Lynch on October 14, 2020@richanthon 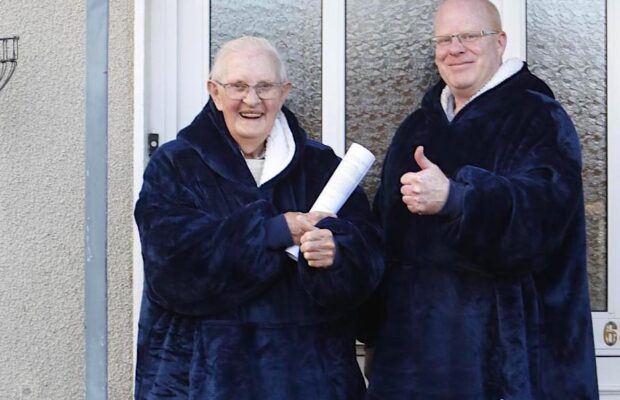 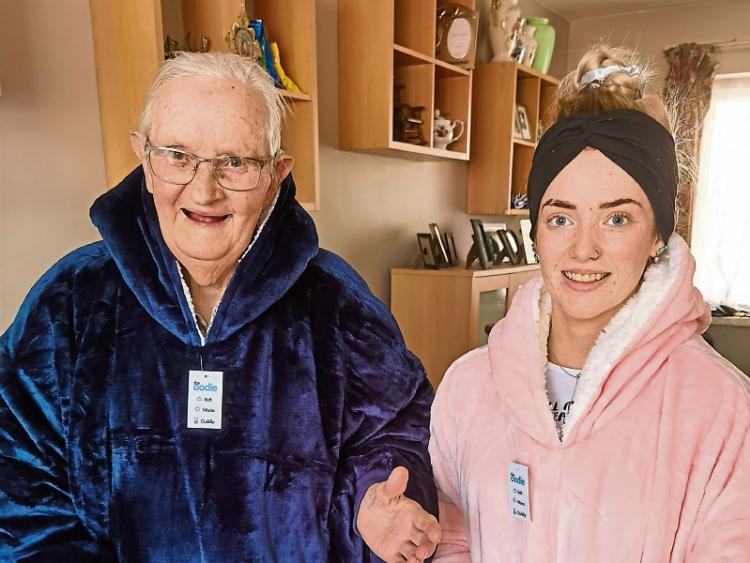 Life has renewed itself for 95-year-old Limerick pensioner and Thomondgate grandfather, Jim Healy. This comes after he was selected by a dressing gown company to feature on its global marketing campaigns.

Jim Healy received an Oodie hooded dressing gown, something this writer herself has in her shopping bag, from his son Brian O’Connor, and although reluctant at first to wear it, he finally fell in love with the product.

Having so much love for the garment and its creators, Brian sent an image onto the company, who responded within thirty minutes with an offer for Jim to model the clothing for the firm across their social media channels.

Jim said, “The company was in contact almost immediately and asked if my image could be sent to them for their global advertising campaigns. Then we negotiated a deal with them, and now my image is being used all over the world!”

When asked if he was ever interested in modelling, he said, “Not in all my years.”

Jim was a machine setter by trade and worked on the Dock Road for 45 years. Brian said that his father had always been quite stylish.

“He’s always worn slacks with a shirt. Only in the last three years had he had to stop wearing a tie, as he’s had a bit of neck trouble. But you would always see him wearing a shirt, a sports jacket, slacks, and good leather shoes.”

Jim loves his Oodie dressing gown now, despite his initial reservations in wearing it. Brian is so proud that his father’s image is now being beamed around the world.

“I was delighted when they got in contact with us. We’d only just sent them the photograph thirty minutes before and they were back to see if they could use the picture again.” Brian added.

Jim has received a free dressing gown from Oodie – but the rest of his deal with the Australian firm remains a closely guarded secret.

We at I Love Limerick wish this pensioner well on his venture into modelling!!

For more about the Oodie Hoodie go HERE

For more stories about the Elderly models go HERE