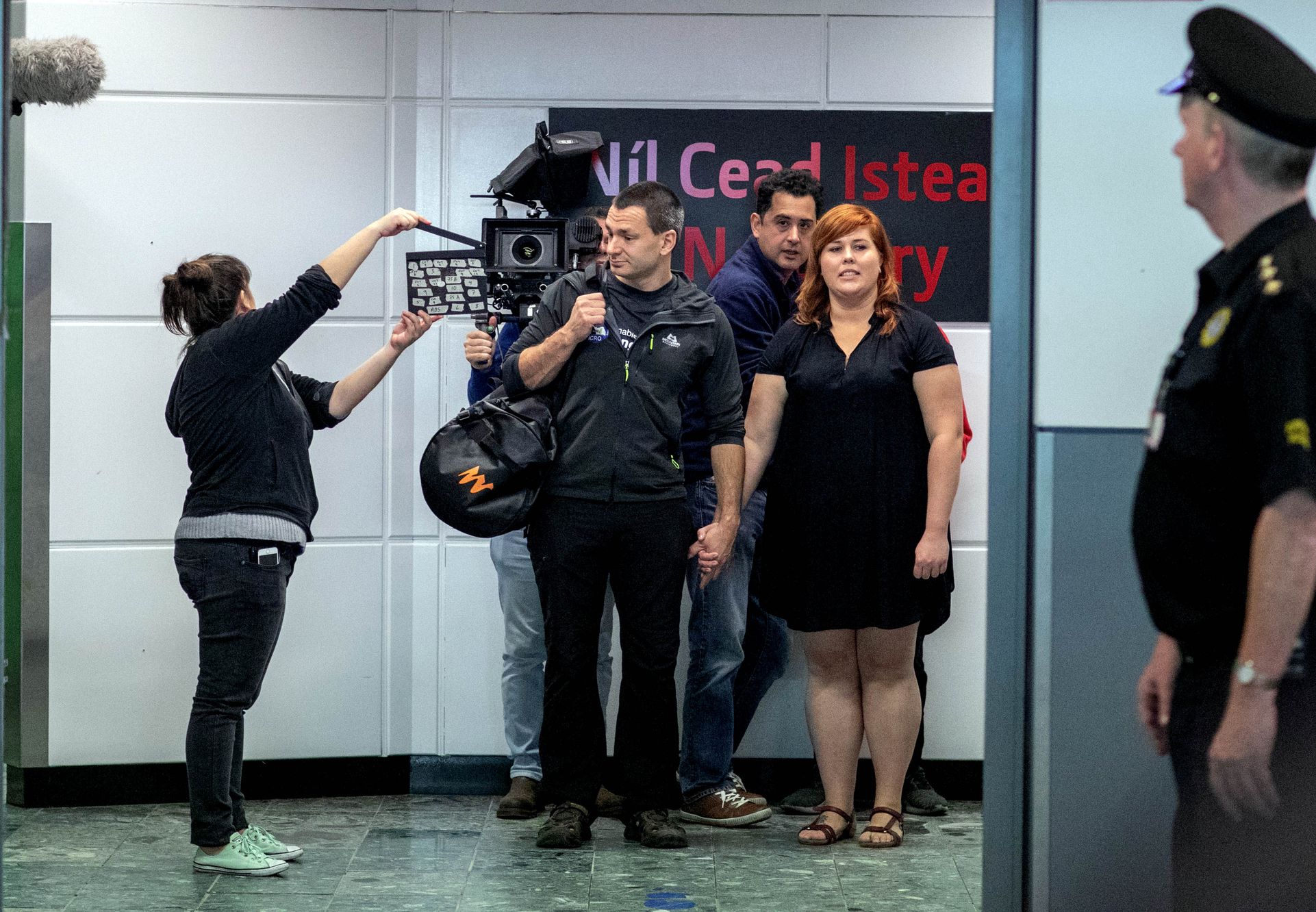 Jim Warny: Hero Cave Rescuer returns to Shannon airport to shoot for ‘The Cave’. Jim plays himself in the film and will re-visit everything that took place at the rescue in Thailand.

Jim Warny: Hero Thai cave rescuer returned to Shannon Airport five months after his glorious homecoming. Jim is to feature in a film retelling the story that gripped the world when 12 young boys and their football coach were rescued from a flooded cave network in Thailand.

Ennis based cave diver Jim Warny was one of an elite multi-national group of divers who volunteered to assist in the unprecedented and highly dangerous rescue mission and is now playing himself in the film.  The crew recaptured the poignant scenes of Mr. Warny’s homecoming and the moment he was reunited with his fiancée and his dad in Shannon Airport.

Mr. Warny said he was overwhelmed by the huge outpouring of support he received when he touched down in Shannon back in July following the rescue and that it was surreal to be back.

“It’s a bit strange or a bit surreal but I take it in my stride, you know.  It’s very nice and I am happy to tell people what happened there and share the story. It might inspire someone to do something special.  Maybe I was a bit naïve about it. Of course, I was anticipating a bit of media but even a bit of media was nerve-wracking for me as I didn’t anticipate a big crowd like that,” Mr. Warny added.

Called ‘The Cave’, the film is written and Directed by Tom Waller, a Thai filmmaker with Irish heritage.

Mr Warny said he was happy to play himself in the film and just wants the amazing story to be told accurately.

“Who else could play me anyway, with my accent,” he laughed.  “You can’t find a stuntman either to go into the caves.  It was nice to be in control as it gets so easily out of control with media.  I am confident it will portray what I want to portray. And I am sure all the rest of the characters feel the same way.  With any publicity around this, we take it with huge responsibility and you don’t want to do the story wrong,” Jim said.

The crew put the equipment in place while getting everything else ready before the shoot, at Shannon Airport.

Mr. Warny was involved in writing parts of the scripts and admits that reliving the experience was intense: “Yeah, it’s been very hands-on for me from the get-go, from interviews, script writing and things.  You live with it all the time.  I was sitting there in my office, writing the stuff down and you get the sweats again when you think back at it.

Speaking after the filming, Shannon Airport Managing Director Andrew Murphy said:  “Hosting Mr. Warny and the film crew here in Shannon for filming has been a huge honour for us. It reminds every one of his huge courage and selflessness in volunteering last year and the incredible end result there was.  We’re just looking forward to seeing the film now.”

Director Tom Waller said that there are a number of movies on the rescue in the pipeline but this is the first.  “Someone has to be first. We are very excited to be making the first Thai rescue film. We are even more excited that the story is starting here in Ireland,” he said. “Jim was one of the international team that went to help out in the mission and we decided that one of the stories would be our very own Jim Warny.

“People watched this story unfold and their hearts were beating – it was a story that touched everyone no matter where they were on the planet.  I was in Ireland at the time when I heard about these boys getting trapped in the cave and it was just by chance that I heard that one of the divers had a connection to Ireland and that is when I came across Jim and his story.”

Mr. Waller said that they have already shot in a number of locations in Clare: “We have been shooting in west Clare in Doolin, at the Cliffs of Moher and quite a lot of remarkable locations that you wouldn’t find anywhere else on the planet. It has been a pleasure to be able to come to Ireland and contrast with the scenes in Thailand.

“I thought wouldn’t it be great to have Jim play himself. He was open to it and I did some screen tests and I thought Jim playing himself would be the best thing for the movie. He got lots of offers from other movie studios, to be honest, and whether he took those offers seriously or not or whether they were serious offers, I don’t know.

“It is probably the one film I have been involved in that has had so much attention before it is even made. Usually, when making a film, no one is interested in the script, in financing it and this has been the opposite.

“My main objective is to make a good film – it is not whether it is commercially successful or not. I just want to tell a story that is true to what happened and to the fact that we are telling a story about civilians at the heart of the rescue,” Mr. Waller added.

For more information on The Cave go here

For more stories on Filmmakers in Limerick go here