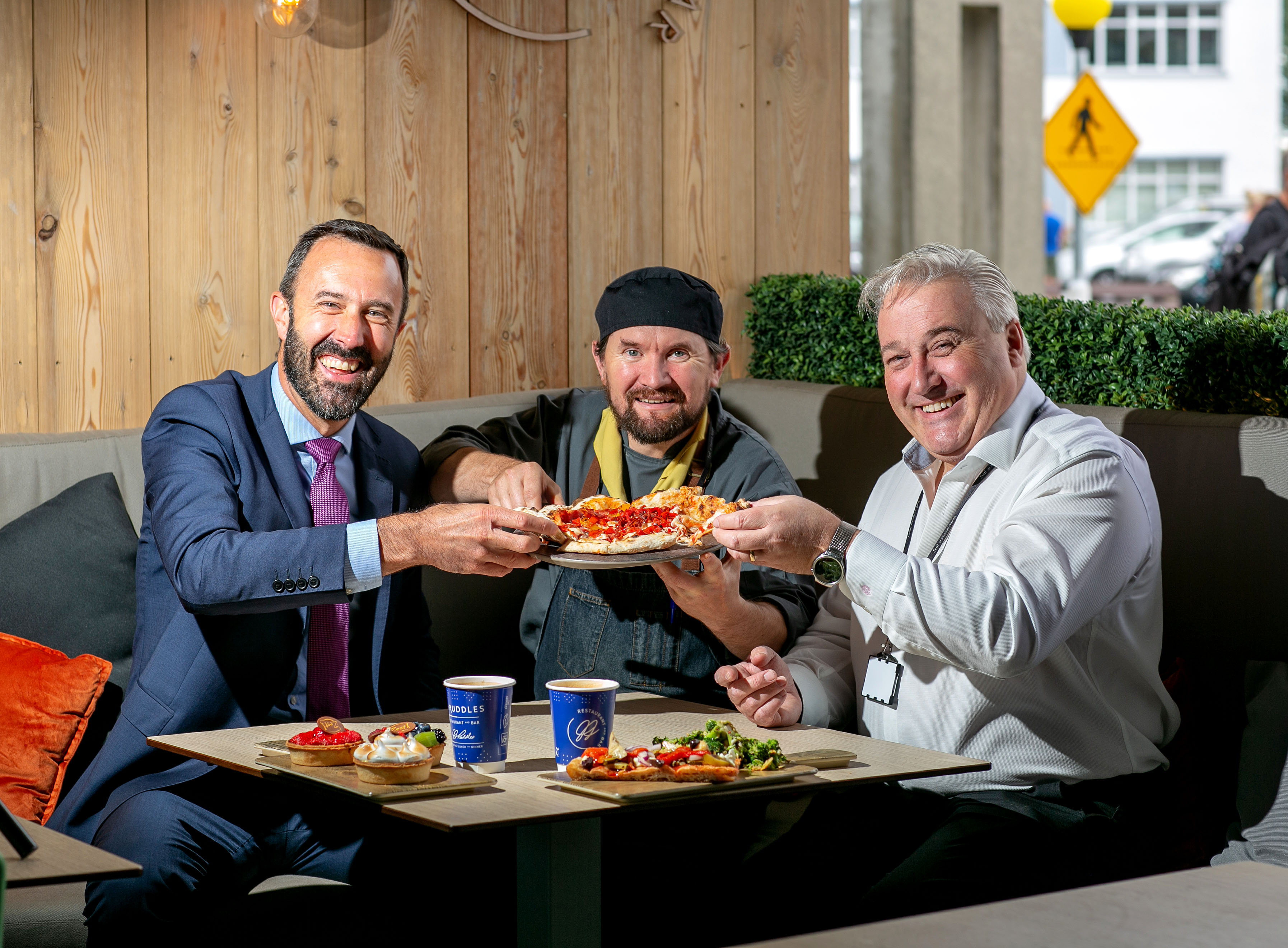 The standard for airport food in Ireland has been reset, with a new offering in Shannon stirring up memories of the glory days of dining there.

In another ‘back to the future’ moment at an airport that, since achieving its independence, is recapturing its glory days, JJ Ruddles restaurant is set to be one of the success stories of the year in the industry locally.

The newly opened arrivals hall restaurant has elevated the food offering at the airport, with three menu options – breakfast, lunch and dinner – and opening hours from 5 a.m. to 11 p.m.

Located in an arrival’s hall, the new restaurant is not just a tip of the hat to high dining standards from Shannon’s past but is named after JJ Ruddle.  The Shannon Airport Architect from 1963 to 1984. JJ Ruddle also designed many other well-known Co. Clare buildings, including the Lahinch Golf Course clubhouse, which will host next year’s Irish Open.

The late Mr. Ruddle’s daughter Fiona and Ean Malone are co-owners of Zest, the restaurant and café company that has developed the new ‘landside’ airport restaurant as well as food and beverage facilities airside.  Zest is a subsidiary of EFG Inflight Ltd, one of Ireland’s leading in-flight catering companies.

Among the items decorating the impressively designed space are architectural sketches, including site drawings for Shannon Airport and Lahinch Golf Course which were found in his old attic collection.

The new restaurant is the final phase of a €2.1m investment in the food and beverage facilities at Shannon.  The investment saw the introduction of The Food Market in the transit lounge in June of 2016 and a complete redesign of the Sheridan Bar in May of 2017.  The company has also introduced a new Food & Beverage offering at the departures gates, ‘Harry’s at 8’, which has been named after Ean’s father, Harry Malone.

The investment has seen employment numbers at the company’s operations in Shannon rise by 140 to 310.

The arrivals hall restaurant – complete with an outdoor seating area ideal for the summer that’s in it with the menu taking airport dining to a whole new level.  Built over a three-month period and seating 80 people, its breakfast menu starts at 5 a.m.  Lunch commences at 12:30 p.m. and includes delicious woodfire pizzas – the pizza base made from 96% fermented dough, making them lighter than most other pizzas.

The evening menu also includes pizzas but, in addition, steaks, salads, pasta, tempura shrimp tacos as well as a signature Seafood Chowder – available from lunch – that is a throwback to the famous Lindbergh Room at Shannon, one of the top dining experiences in the Mid-West in its day.  Head-chef at EFG/Zest Danny Miller, in fact, began his career, as a commis chef, in the Lindbergh Room kitchen.  Another proud feature of the services is the ‘pint of plain’ – barmen, Dom O’Connor, having won the top award for pulling the best pint of Guinness at the Best Guinness Bartender in Ireland Competition.

Said Fiona Barry, “Shannon has such an incredible history and one of the things that younger generations wouldn’t know about was that it had one of the finest restaurants in the entire region. We want to recapture that sense of quality and put the love back into food and have very much done that with JJ Ruddles.

“The name has a lot of nostalgia for me personally and for so many people who work here but it’s all about the food.  We want to be a destination restaurant and the standards are there to match. The flip side of that is Shannon gets a restaurant with a standard that no other airport in Ireland and many outside it has so that’s in keeping with the airport’s renewed focus since separation on doing things better than its peers.”

Said Shannon Airport Managing Director Andrew Murphy, “JJ Ruddles is a fantastic addition to the airport. We have a very proud history in so many areas of the business, including our food offering.  When we gained independence, one of our primary goals was to restore that standard and JJ Ruddle’s and Zest is doing that brilliantly.  The look of the restaurant is different and the standard of food definitely is.  It’s not your average airport food offering but Shannon has never been interested in average so we’re delighted to have such a high food standard here.  It’s another plus for our airport users.”

Related Topics:restaurantShannon Airport
Up Next