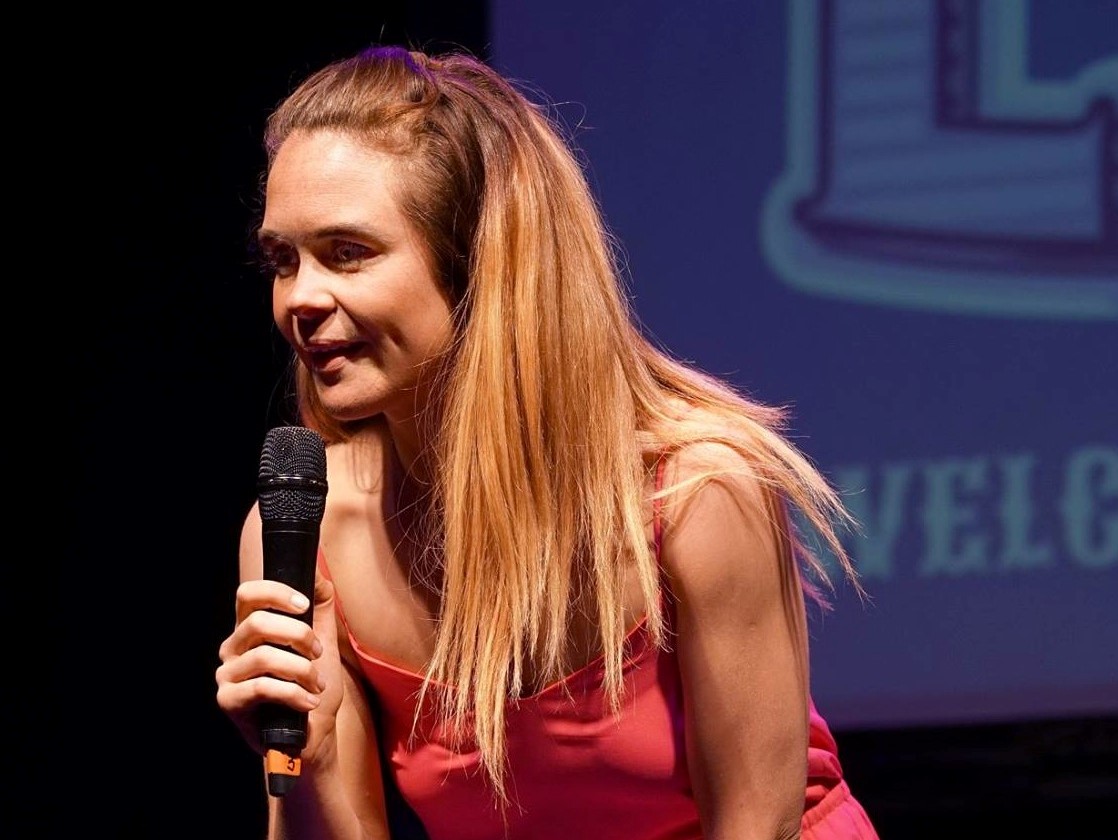 Joanne McNally is an Irish stand-up comedian, writer, and actor

Dolans Presents have announced that Joanne McNally has added two further dates to her Limerick tour at Dolans Warehouse for April 2022.

Joanne McNally is seeing a phemonenal demand next year including a sell-out 20 night stint at Vicar Street in Dublin.

Her brand-new show ‘The Prosecco Express’ has a sell-out run in Limerick in January 2022 and she will now return to the city in April for a further 3 night stint, one of which has already sold out.

Joanne McNally is an Irish stand-up comedian, writer, and actor. She was the co-host of Republic of Telly for RTÉ and has also appeared on The Late Late Show, The Afternoon Show, Ireland AM, Two Tube and The Commute for RTÉ. She has a weekly agony aunt section on RTÉ 2fm Chris and Ciara show called ‘Dr. Joanne’, and her own ‘Mack the week’ segment on the Eoghan McDermott show on RTÉ 2fm.

Joanne’s new Prosecco Express show explores the world around her is getting married, having children and streaming off to buy slow cooker crock pots and buggies. Joanne owns nothing and has birthed nothing and despite some ABSOLUTELY MASSIVE (incredibly minor) comedic achievements, her mother is still trying to convince her to go back and study nursing.

Due to her thirties age box, Joanne spends her weekends celebrating other people’s milestones at their garden parties drinking prosecco out of jam jars. She is full of questions, her main one being if she doesn’t have a child, who will be obligated to watch her die so she doesn’t have to do it alone? She’s a people’s person, she’s just not sure she’s a raising people’s person.

And what if she doesn’t marry anyone, is she prepared to face her biggest fear of being buried with her mother? And once her mother reads this, will she retract her offer? Joanne tackles the trials and tribulations of modern life with hilarious, charming, irreverence. Joanne wants you to know that she wrote this herself, but stands by the previous line 100%.

The show is selling extended runs across the country and we are delighted to be adding two new dates to her sell-out Limerick stint.

Related Topics:Joanne Mcnally
Up Next