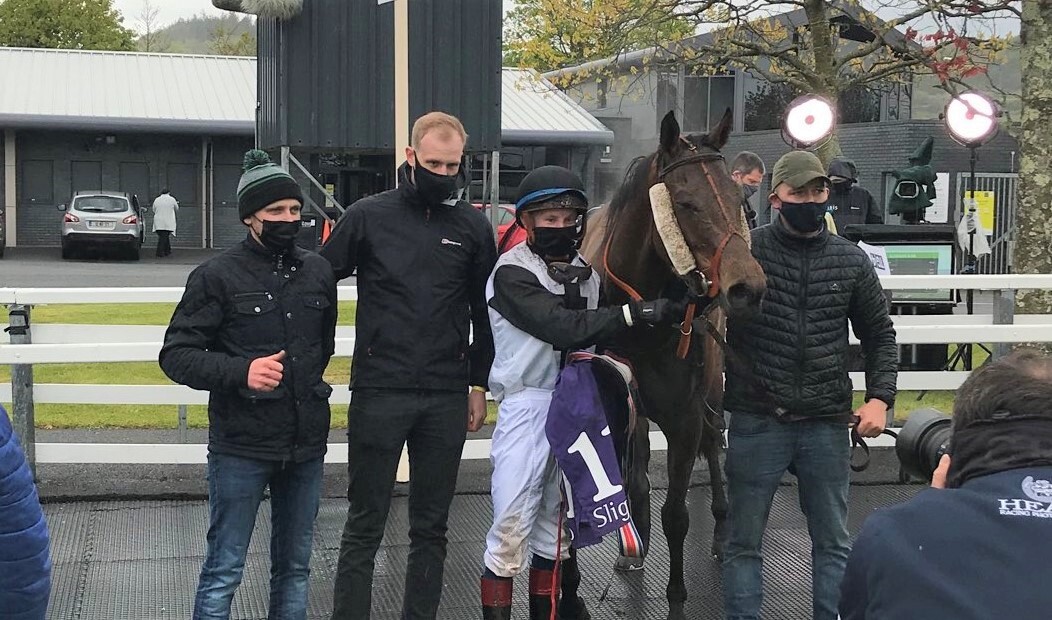 Jockey Wesley Joyce records his first win at 50/1 on Sunday as he guided his horse ‘Hands Down’ in the finale of the Sligo Races.

The gifted horseman Joyce with Hands Down took glory in the second division of the Glasshouse Hotel Handicap over five furlongs.

Teenage Moyross jockey Wesley Joyce records his first win at 50/1 on Sunday as he guided his horse ‘Hands Down’ in the finale of the Sligo Races.

The gifted horseman Joyce with Hands Down took glory in the second division of the Glasshouse Hotel Handicap over five furlongs. The winner was trained in Donegal by Charlie Moore who recorded his first success since July of 2015.

The race was highly entertaining with Joyce getting his mount in front in the final stages of the race to come in front of Adams Barbour and win his first race.

After the race Wesley Joyce told irishracing.com, “It’s a great feeling to ride your first winner. I’d like to get as many winners as I can and get as many outside rides as I can this season.”

Delighted for Wesley Joyce who just rode his first winner in Sligo this afternoon. Very pleased for Wesley and his family and friends ⁦@CMoyross⁩ Just shows what can be done when hard work and talent come together. pic.twitter.com/IzcD0AMI1p

The Moyross Youth Academy graduate had previously had his first ride at Dundalk on 18/1 shot Misterio for trainer Johnny Murtagh in the five-furlong Irishinjuredjockeys.com Handicap in February.

The eighteen-year-old gave his mount an outstanding ride as he looked to make his first ride on the track one to remember. Unfortunately he narrowly lost to Paddy Hassett who trained favourite Maggie Thunder under Declan McDonogh.

Joyce previously spoke about his upcoming jockey career saying, “I went to race and I got a placement here at Johnny’s. Then Covid came and I had to go back. Then Johnny rang my ma and said there’s a house here in the yard if I wanted to move up. The next day I moved up. It’s nice to work here. The boss is nice, everyone’s nice in the yard. It’s a nice dream.”

Wesley also got best wishes from fellow Moyross native and Munster and Ireland winger Keith Earls after his debut saying on his social media, “Great to see best of luck Wesley.”

Related Topics:moyrossWesley Joyce
Up Next