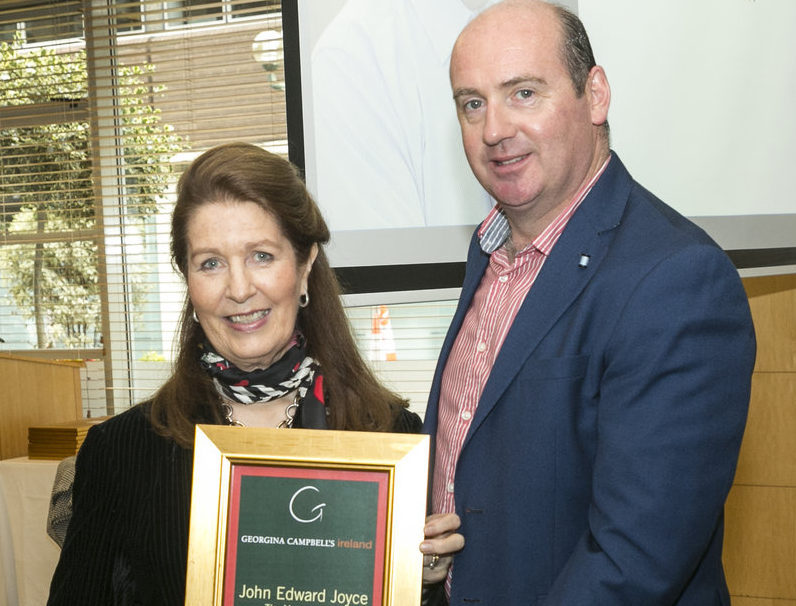 West Limerick’s John Edward Joyce is “Host of the Year”

West Limerick’s John Edward Joyce is “Host of the Year”

John Edward Joyce, proprietor of the Mustard Seed in Ballingarry, has been named “Host of the Year” at the 2019 Georgina Campbell Awards, Ireland’s longest-running independent food and hospitality awards.

The Mustard Seed was established as a restaurant in Adare in 1985 by Dan Mullane before moving to its present location, a spacious Victorian property with luxurious accommodation on seven acres of lovely gardens, with mature trees, shrubberies, kitchen garden and orchard in Ballingarry. Deciding to retire in 2016, Dan passed the baton to long time manager, John Edward Joyce, and the transition was seamless.  Whether it be welcoming new guests on arrival, reminiscing with regulars, or guiding diners towards the best wine choice to accompany Chef Angel Pirev’s superb dinners, Georgina Campbell describes John Edward as “the genial host par excellence” highlighting that “his long association with the house, and the area, makes him the perfect guide, ensuring that the very best time is had by all. Just what Irish hospitality is all about in fact.”

Anonymous assessments undertaken by Georgina Campbell and her team of experienced assessors are the foundation of these awards, and have been since the early 1990s, when Georgina established them for the famously independent Egon Ronay Guides, for whom she was Ireland Editor at the time. Following their closure in 1997, she continued the Ireland Guide under her own name and this year marks its 20th anniversary under the Georgina Campbell brand.

For more information about the Mustard Seed, go here.